Video of The Slap Hat: How Tactical is Your Hat?

What do you do when your service or carry piece fails to fire?  Tap-rack-target?  Tactical reload?  You’ve used your spare already.  What if your back-up gun seizes up?  You grab your knife, that’s what. 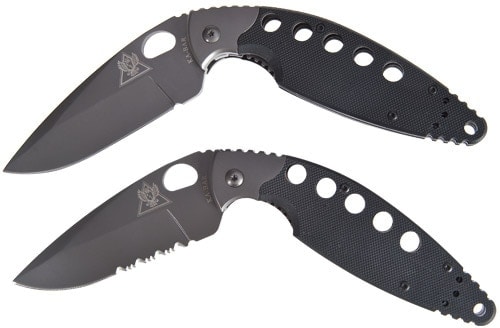 But when your knife’s blade spontaneously explodes?  It’s not important why for this scenario.  You reach for your tactical pen.  That is why you must always travel with a tactical pen.  But just when you think you’ve got all things covered, you realize someone at the office replaced your tactical pen with a regular one!  It’s a Pilot Precise V5 Extra Fine… good for one stab.

It’s a good thing your tactical money clip is super-sharp on the edge.  But you remember, inside that money clip is a tactical card!  As you slide the back-up knife out of your card, the ink and blood from your single-use pen causes you to drop both the knife and the money clip!  Forget them, you don’t have time to pick them up, let alone roll up a wet newspaper into a tactical baton.

You need a Slap Hat.  When all, and we mean all the chips are down, you know you’re traveling safe so long as you’re wearing your Slap Hat.  The Slap Hat, or the Extreme Self Defense SAP Cap, is to-date the most tactical hat ever conceived.  It’s available in three tactical colors, black, noire, and dark black, for all tactical scenarios.  No other hats and/or caps can match it. 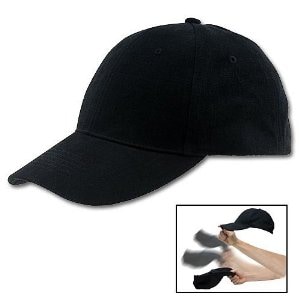 At first, it looks like a plain black tactical cap.  [That’s redundant, “black tactical.” -Ed]  But hidden inside in a compartment to the rear is a synthetic lead pouch weighing 110% of what ordinary powdered lead does.  Using the bill as a handle, the hat in a flash becomes a consciousness-stealing tactical heavy capable of knocking out even the thickest-skulled assailants.

Priced at less than thirty dollars there is no sense in not owning a Slap Hat!  Your life should not be at stake for $21+S&H.

Warning: prolonged exposure to the Extreme Self Defense SAP Cap may cause side effects, including sap-related hair loss, paranoia, lube sweat, and picatinnitus.