LaRue made a beautiful rifle when they designed the Optimized Battle Rifle.  OBR.  It’s sleek, although it features a heavy barrel.  It’s designed with very precise, low tolerances an yet has a very high degree of functioning.  Everything about LaRue guns seep class, and they’re available in multiple barrel lengths (SBR, 16″, 18″, 20″) and calibers (5.56 NATO and 7.62 NATO). 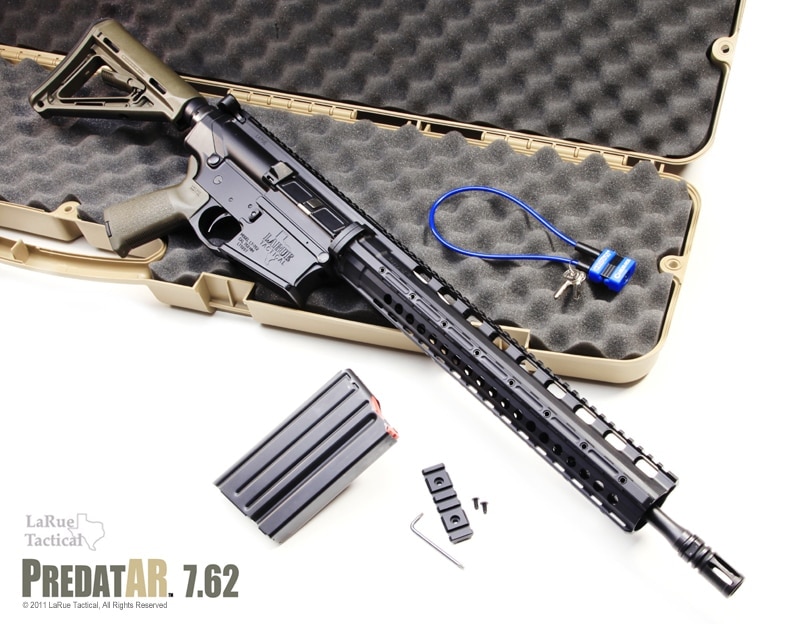 The bolt carrier group and trigger parts are all hand polished and chrome finished for the smoothest of possible operation, taking some of the best parts, like the Geissele SSA two-stage combat trigger weighing exactly 2lbs/4.5lbs.  These are sub-MOA rifles for certain. 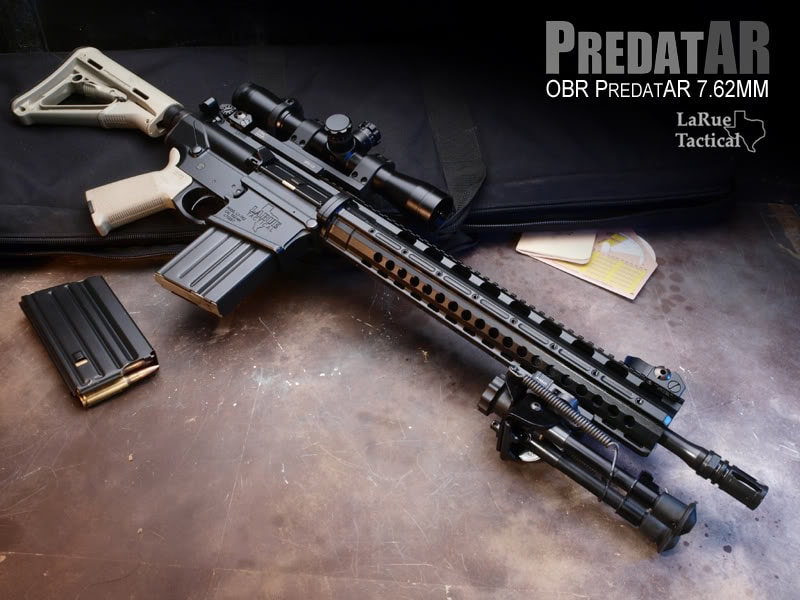 Not finding fault with direct-impingement, LaRue ORBs dismiss gas-piston systems in favor of the original design, allowing them to use forearms that are, in all honesty, the centerpiece of their rifles.  LaRue puts extended, 14.75″ forearms that continue the flattop rail the entire length of the furniture.  Additional rails may be screwed into the sides and bottom for configurations that require them. 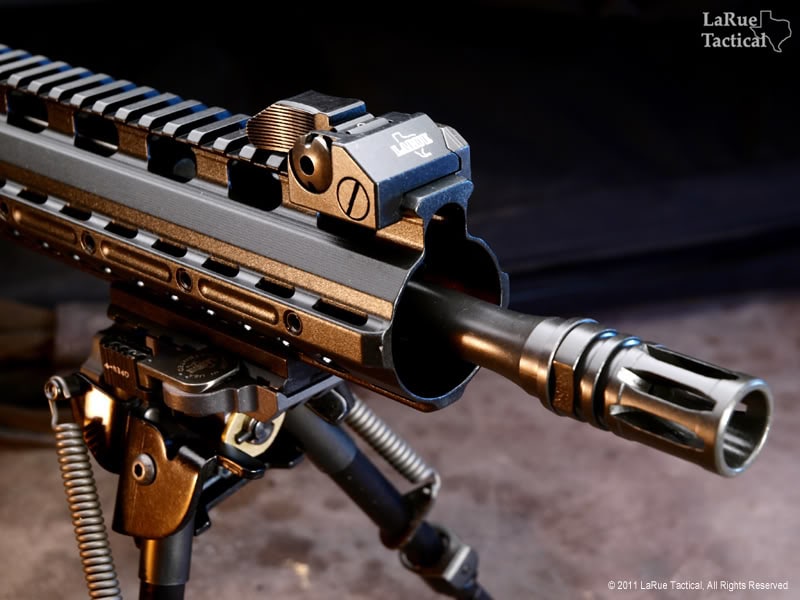 But rifles designed around heavy barrels have one issue of significance: weight.  The OBR, dry, in 5.56, with a carbine-length barrel, weighs nine pounds.  That’s not pleasant for many purposes.  It’s optimized all right, so long as you’re skirmishing.  And you got a ride. 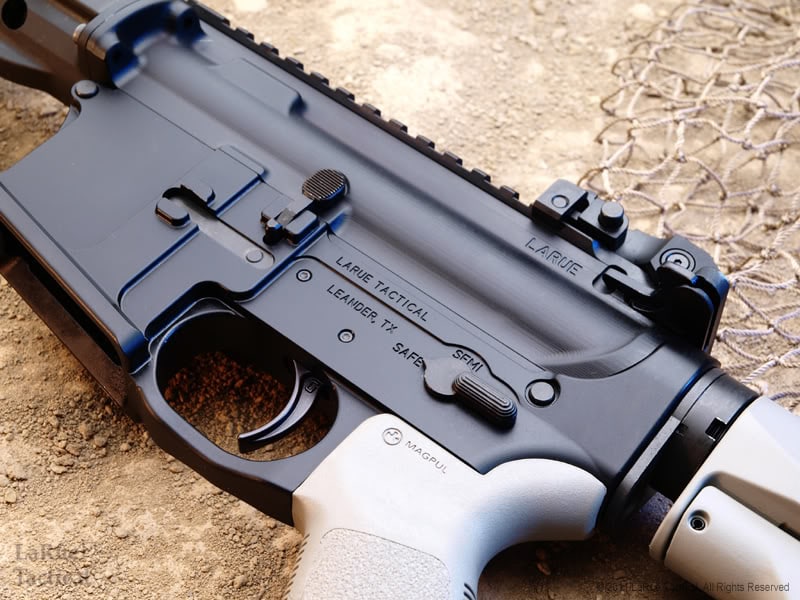 Recognizing the fact that the market, which includes operators working in the U.S. armed forces, wants lightweight rifles, LaRue has re-designed the OBR to weigh in at a more manageable 6.5lbs. 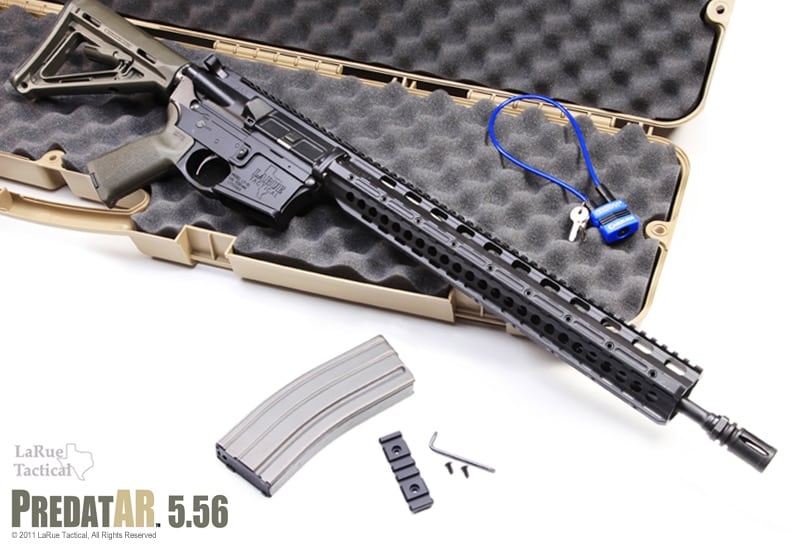 By skeletonizing the the handguard, dropping the forward assist, contouring the barrel, and tweaking the handguard, LaRue has taken off more than two pounds of metal out of their guns.  The barrels are LW-50 stainless steel, lightweight-profiled, Wylde-chambered and feature polygonal rifling in either 1:8 or 1:11.25, depending on caliber. They are still available in calibers, although fewer, for now: just 16″ in both 5.56 and 7.62 NATO. 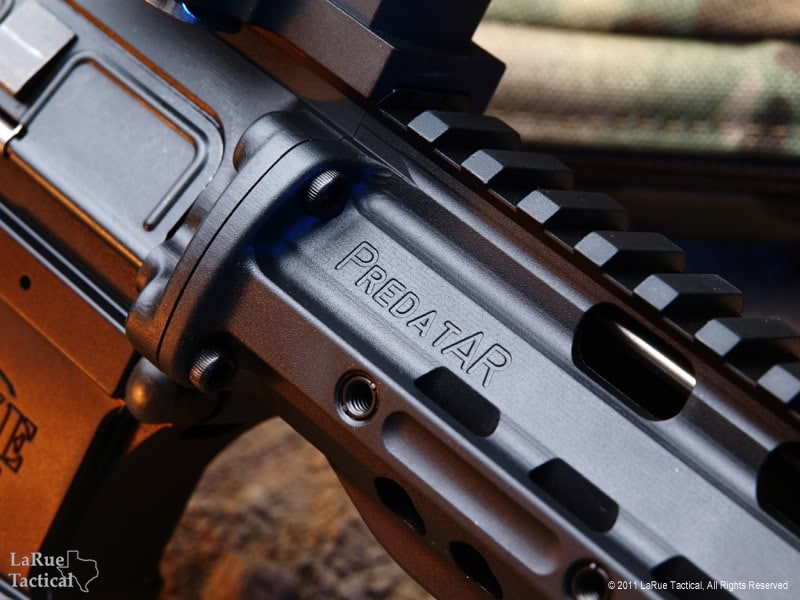 Still, you don’t get these for free even if you’re pals with the ATF.  LaRue sells them for United States dollars, about 1,500 of them.  Which to be realistic, is actually quite the deal for a LaRue, since the original OBRs sell for a thousand more.