One of those great clichés in law enforcement is the crime is never as bad as the cover-up.  This past Friday, five former New Orleans police officers learned this lesson tenfold when they were convicted of a combined 25 counts of civil rights violations stemming from shootings that left two individuals dead and four wounded on the Danziger Bridge six days after Hurricane Katrina pulverized the Gulf Coast flooding much of New Orleans. 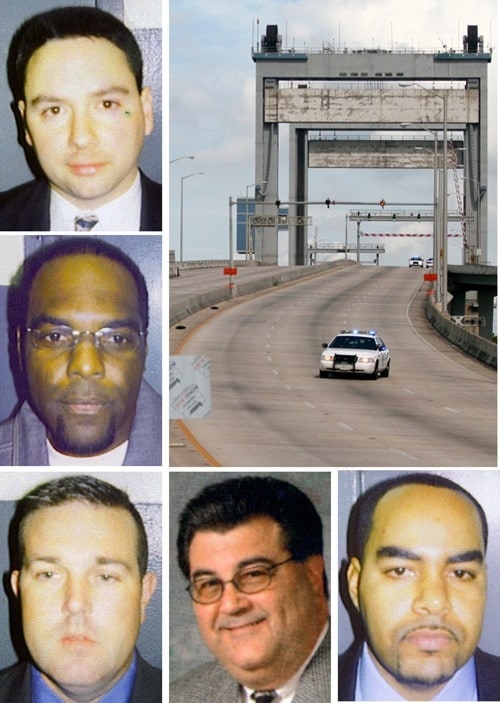 On the day of September 4, 2005, former officers Kenneth Bowen, Robert Gisevius, Robert Faulcon and Anthony Villavaso along with former detective Arthur Kaufman allegedly shot into a crowd of unarmed people killing James Brissette, who was 17 years old, and Ronald Madison, who was 40 years old.  Madison, according to reports, was mentally disabled and before he died was “stomped and kicked” by one of the officers.

For the crimes, the five men were originally tried in state court but the case fell apart due to prosecutorial misconduct.

In the fall of 2008, the Department of Justice took over the case and found evidence to suggest a cover-up had taken place.

It was pretty evident to us that things had happened on that bridge and thereafter that should not have,” U.S. Attorney Jim Letten told reporters. “Things went desperately wrong.”

Apparently, the officers had fabricated testimonies from non-existent witnesses, created false reports and planted a gun at the crime scene to make it appear as though their violent actions were justified.  Federal prosecutors retried the case and got convictions on all accounts, except the most serious, murder. 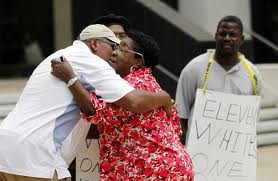 Many saw these convictions as the continuation of a much-needed cleansing process for the corruption and lawlessness that ensued following the devastation wrought by Katrina.  In the past year alone, 20 New Orleans police officers were charged with crimes related to misconduct by federal investigators. 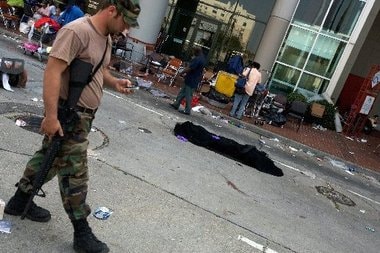 “Today’s verdict by these jurors sends a powerful, a powerful, unmistakable message to public servants, to law enforcement officers and to the citizens we serve and indeed to the world,” Letten told reporters. “That message is that public officials and especially law enforcement officers will be held accountable for their acts, and that any abuse of power, especially that power that violates the rights and the civil liberties of our citizens, will have serious consequences.”