Last week, Oregon Governor John Kitzhaber signed House Bill 2792 into law.  According to the enrolled version of the bill, it serves two primary purposes.  The first is to amend the possession and carry rights for individuals who own motorcycles, all-terrain vehicles and snowmobiles; in essence making the laws and regulations less restrictive and more like the carry laws that have existed for automobiles.  The second purpose of HB 2797 is to prevent individuals who have been convicted of a person-felony from ever owning a gun again. 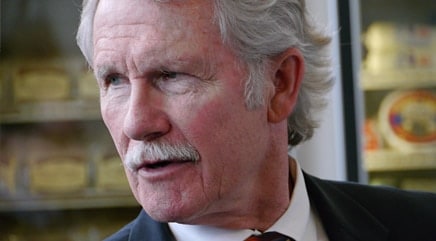 With respect to the first purpose, it is now legal for persons to possess firearms while operating motorcycles, all-terrain vehicles and snowmobiles so long as firearm is in a locked container or equipped with trigger inhibitor.  Also, individuals are permitted to carry an unloaded firearm, bow, or concealed handgun while operating a snowmobile and ATV.

H.B. 2797 also explicated the definition of what constitutes an “unloaded” firearm for sake of clarity.  “Unloaded” now means:

-If the firearm is a revolver, that there is no live cartridge in the chamber that is aligned with the hammer of the revolver.

-If the firearm is other than a revolver or a muzzle-loading firearm, that there is no live cartridge in the chamber. 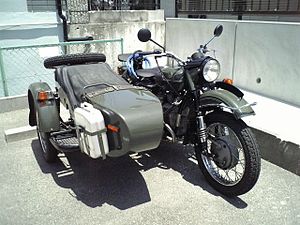 If one has a CHL in the state of Oregon, a concealed carry license, he/she could always carry a handgun on a motorcycle, however, they were, like everyone else, prohibited from carrying a loaded firearm on a snowmobile or ATV.  Now though, under this new bill, CHL holders’ rights have been expanded and – unlike the general populace – they can carry fully loaded firearms on snowmobiles and ATVs.

And again, individual without CHLs can carry on motorcycles, snowmobiles, and ATVs, but have to follow the aforementioned stipulations, either locked in container/trigger guard or “unloaded.” 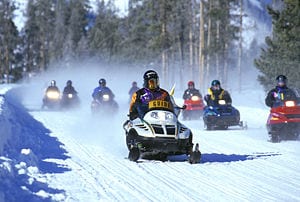 “Many states allow individuals to carry concealed handguns who would not be allowed to carry them if they lived in Oregon,” said Rep. Mary Nolan, D-Portland. “What this bill does is grant to residents of other states a privilege that we … have not granted to people who live here.”

While many Oregon gun owners have cheered the first aspect of the new law, many have also been critical of the second portion that, according to the bill, prohibits reinstatement of gun rights for persons convicted of person-felonies involving a firearm or deadly weapon, for persons convicted of crimes requiring imposition of a minimum mandatory sentence, and for one year after end of jurisdiction for other convicted felons. 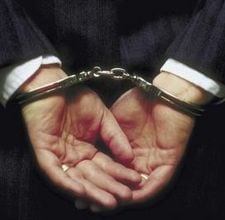 To some, it seems like a quid pro quo deal.  That is, in order to get expanded rights for responsible gun owners, the gun rights for individuals convicted of a felony had to be unilaterally forfeited.  Under the old system, gun rights were given back to felony-convicted individuals on a case-by-case basis.  Now most felons will never have the right to own a gun.  Is this a good thing?  Review what constitutes a “person felony” and give us your answer in the comment section.