The Marine Expeditionary Units: Really, The First Ones In

The Marine Expeditionary Units are what allow a US President to stare eye to eye with an adversarial nations’ hostile leader and never blink.

There are usually four separate, independent Expeditionary Units constantly in operation around the globe, sometimes more. Each unit responds to global uncertainties and regional terror threats with three WASP Class Amphibious Assault Ships escorted by a guided missile cruiser—there is no question about meaning business if these guys show up on a beach near you.

The MEUs provide an armed force set for immediate action to any crisis worldwide.  These are the very tough troops who are the ‘spear tip’ of today’s military and the ones you want around if the shit hits the fan.

There are 2,200 Marines and Sailors in each Expeditionary Unit structured as a battalion and commanded by a Colonel who conducts the business of quick response in either of the Pacific, Atlantic or Indian Oceans as well as the Mediterranean, sometimes deployed for Somali pirates. 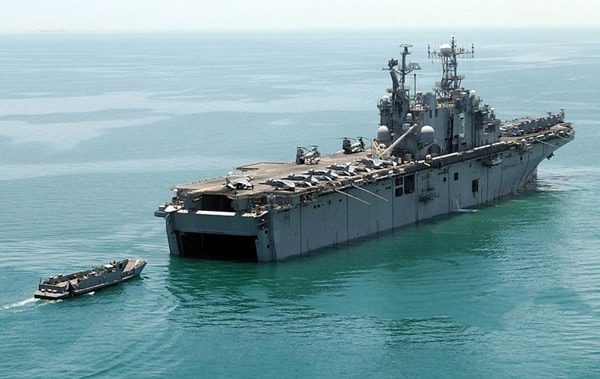 The MEUs are totally unique in the US military as its fully integrated assets include air, sea and ground combat forces, under a single Officer. The intent is to provide a forward deployed cohesive Marine/Air/Ground Task force that is balanced, self sustainable and reactive. These troops now serve as the very vanguard for the USA.

Standard Operating Procedures (SOPs) are unique to each MEU and developed internally. Basically these very special troops have a command that can establish SOPs to suit the specific applications, conditions and circumstances. Just get the job done, use good judgement and explain later; someone with battle experience is doing the thinking here, when it comes to policy. 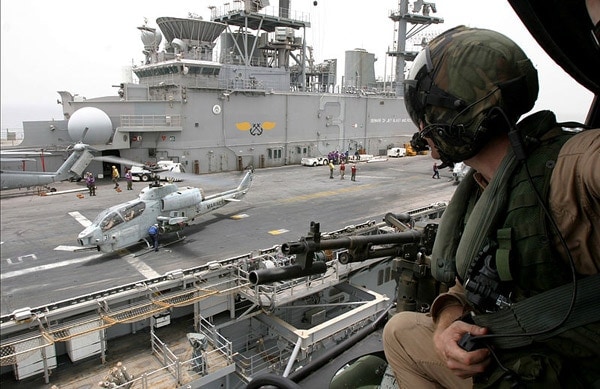 In some instances they are held in reserve for operations similar to Seal Team 6s ‘Geronimo’. While the Bin Laden mission was ongoing, a Marine Expeditionary Unit was in position to respond to further developments if required. I’m sure it was encouraging to know you have a battalion of real nasty bastards covering your “six”. 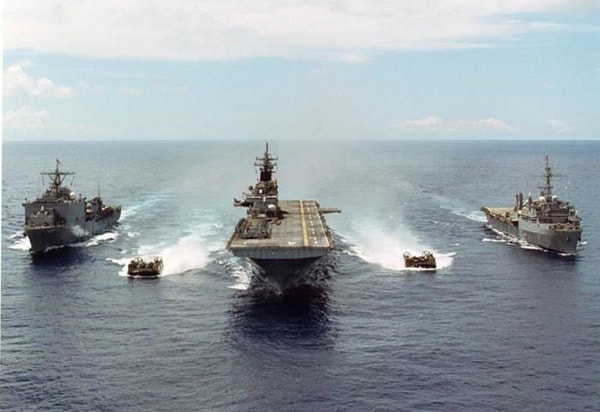 All of the weaponry including artillery, tanks and light armoured vehicles are under the Command of the same Colonel brought about by a concept called Combat Command, revived from WW II by Homeland Security. It worked then and with modern technology, works better now.

This tactic permits immediate response from Combat Command in real time and has saved untold American lives. The reduction of reaction times coupled with instant troop communication aided by GPS creates efficiencies in the use of manpower, armaments and armament assets previously inconceivable and only measureable in accomplishment. 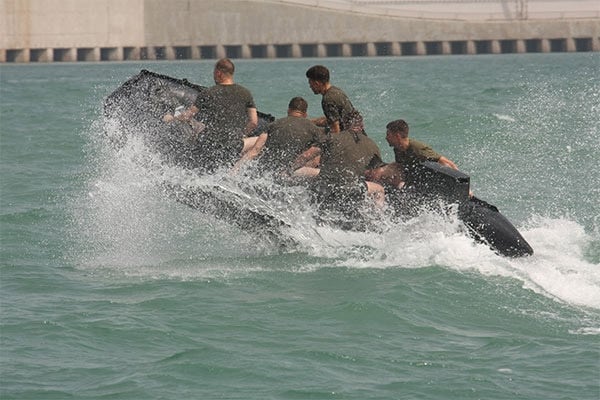 MEUs employ the naval stratagem called Seabase, contrary to Landbase, a tactic of maintaining necessary provisions for specific missions with the requisite equipment always onboard, avoiding the logistical nightmare of reliance on port infrastructure to re-equip the vessels quickly.

When the MEU Marines hit the beach they are already into operational mode.  They have every necessity to support their independent infrastructure for that essential initial part of the mission. 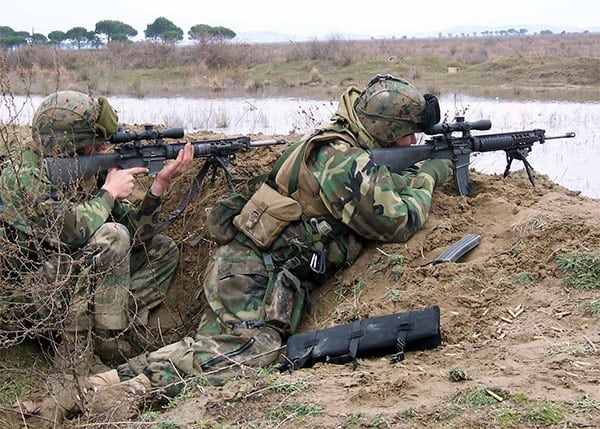 Satellite imagery, superior communications and superior firepower allows the troops to establish a perimeter far inland, creating a buffer zone for the second wave of troops to beach and organize.  These same tools also facilitate the initiation of headquarters operations which can function autonomously while still maintaining contact with other units. 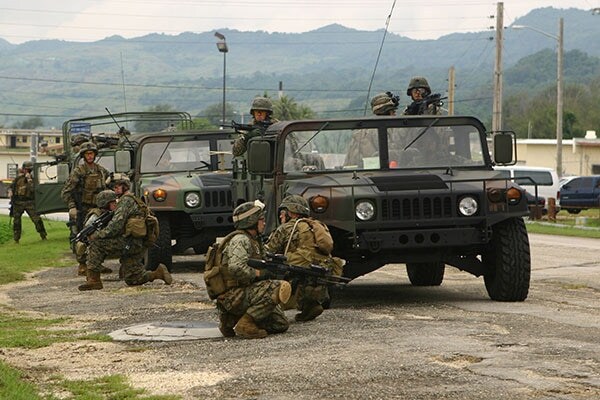 The Ground Combat Element (GCE) is the battalion landing team backed up with amphibious assault vehicles, armored reconnaissance vehicles, tanks as well as the ever dependable artillery.

The Aviation Combat Element (ACE) is a Marine Medium Helicopter Squadron augmented with an array of AH-1W Super Cobras as well as CH-5E Super Stallions, Sea Knights and UH-1N Hueys. These are not transport vessels. These machines are as heavily armed as a helicopter can get. Upon short notice they can place an AV-8B Harrier jet into service just by making your needs known to the Service Support Group that contains the requisite logistics specialists that keep the ground and air forces equipment in working order.  Included in the Service Support Group are dental, medical, engineering, computer specialists and most every kind of technical support you can imagine.

The Marine Expeditionary Unit is the smallest Task Force in the US Marine Fleet, but remember dynamite comes in minute packages.