It’s not the kind of gun. Almost any kind (well, within reason) will work.

It’s not the kind of holster. Again, almost any kind will work.

It’s not even the location of the holster/gun combination. 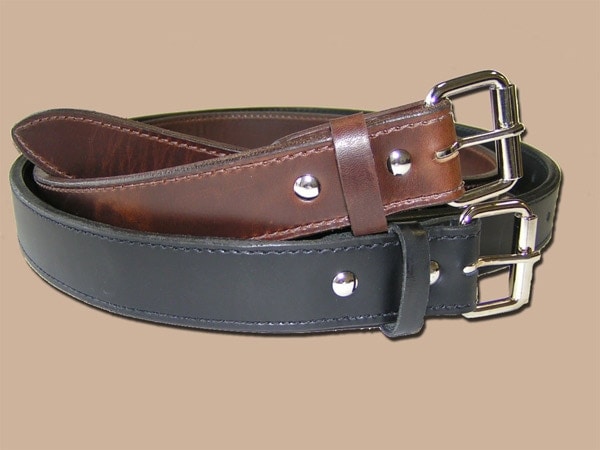 No, seriously. It’s the belt. I’m not kidding. It seems really trivial – a belt is a belt is a belt, right? Except it’s not. No, I didn’t believe it either, when I first started trying to sort out my preferred concealed carry set-up. But really, it’s the belt. So, save yourself some grief, and get a good belt. It makes a huge difference. 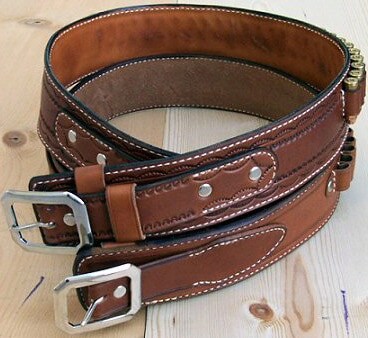 What do I mean by “designed to hold up your gun”? Easy – the belt needs to be both wide enough to distribute the force of your holster hanging off of it, and reinforced so as not to twist even a bit. If it twists, then the holster won’t have a chance to work properly. A high-riding OWB (Outside the Waist Band) holster will tend to lean away from the body if the belt isn’t a good one. That’ll push the grip of your gun away from you, sticking out where not only will it be obvious that you’re carrying, but may actually get in the way of everyday activities. And it’s damned embarrassing to have your gun banging off of doors and tables all the time. 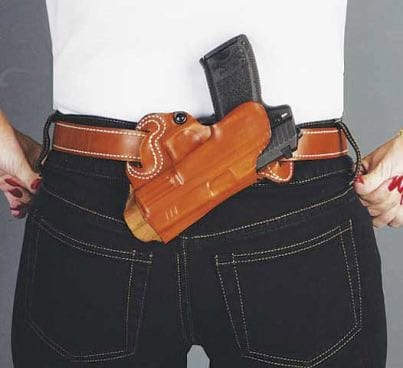 A low-riding OWB holster (including all varieties of pouches and packs) won’t have that particular problem with an improper belt, but it may have a different problem: sag. Sad, saggy, sag. And if you have to keep pulling your belt up, you’re gonna look like a little kid who’s wearing hand-me-down clothes that are too big for him. Ugh. Not subtle.

If you wear an IWB (Inside the Waist Band) holster, then not only will you have sag, but your pistol may not even be secure. Because a lot of IWB holsters rely on the belt to keep the gun close to the body, and the pressure between the belt and the body as a retention aid. Without it, the gun may go flopping out. And you know what a faux pas that is. 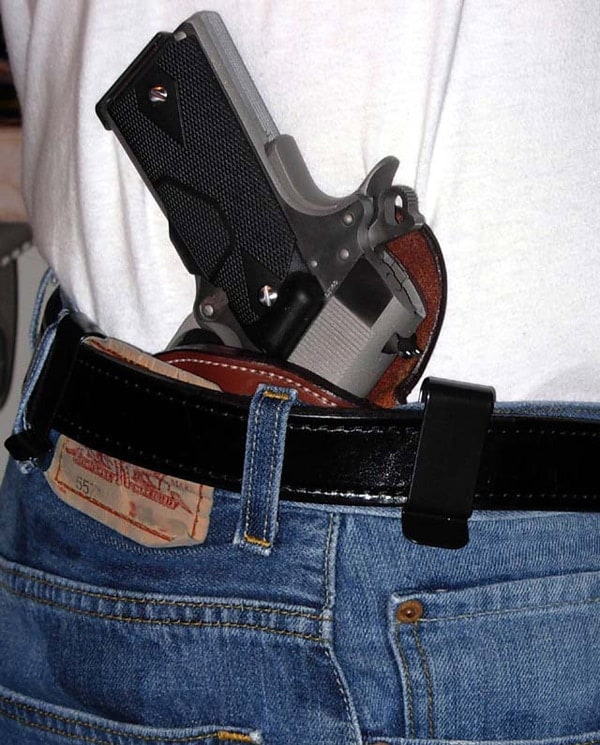 OK, you’re a special snowflake who only pocket carries, and the holster (you are using a pocket holster, right???) has no contact with your belt. Why should you care about having a good belt? Once again, because of the weight. Yeah, sure, there are guns out there in the sub-half pound weight class. OK, if you’re going to carry something that small and light and useless, you have my permission to not have a good belt. But if you carry something more than an itsy-bitsy pea-shooter, you still want a decent belt to avoid the “pants falling down” problem mentioned above. 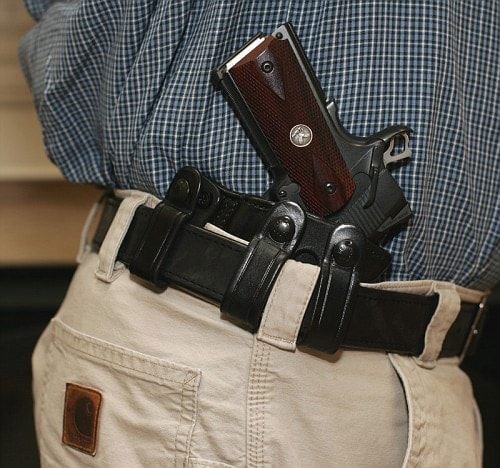 Sure, there are carry methods, which don’t really require a good belt. Off-body carry (say in a purse/man-purse, attache case, and so forth) doesn’t need it. Neither does a vest designed for concealed carry (I actually have one of these and love it). Some shoulder-holster rigs don’t use a belt-anchor, some do. If you use one of these methods, sorry I’ve wasted your time. Well, it’s not really a waste, because you should know this in case you ever want an alternative carry option, which would involve a belt. And besides, you want to be able to tell your friends to stop messing around and get a good belt.

Seriously – get a good belt. It should be at least 1.5″ wide. It should be long enough that you’re not on the last set of holes for the buckle. It should be reinforced in same way, either with a stiffener of plastic or some heavy leather inside/behind the decorative outside. It should come from either a custom holster maker (almost all of them either carry them, or recommend where you can get one), or from one of the big manufacturers of quality factory holsters – no, just getting a “stiff belt” at WalMart will not suffice. Yes, you’re going to pay more for a good belt – probably $50 on up. 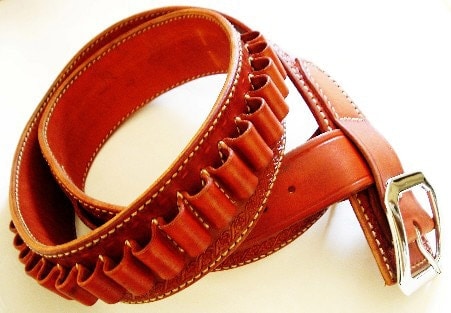 But it is worth every penny. It will mean that your holsters work properly. It will distribute the weight around your waist correctly, not have it localized in one spot. It will stop your pants from drooping/pulling down.

I don’t know how many times I have told people to stop screwing around with trying to get a holster to do something it can’t without a good belt. It seems absurdly basic, but the right belt makes a huge difference. Huge.

That’s the secret: get a good belt.

There, did I say it enough times that you believe me?