Of course, this “new” law actually accords with the Lautenberg Amendment, a federal law that bans “the shipment, transport, ownership and use of guns or ammunition by individuals convicted of misdemeanor domestic violence, or who are under a restraining (protection) order for domestic abuse in all 50 states.” The Lautenberg Amendment also makes “it unlawful to knowingly sell or give a firearm or ammunition to such persons.” 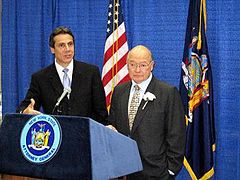 The N.Y. version was conceived after a Poughkeepsie Police Officer, John Falcone, was gunned down by Lee Welch just moments after Welch murdered his wife, Jessica.   According to officials, Jessica had a restraining order against Welch, who was twice bailed out of jail while awaiting subsequent appearances before a judge.

According to the Governor’s office, the N.Y. law is designed to improve coordination between federal regulations and state regulations as prior to the new legislation, individuals living in N.Y. state – like Welch – who had violent propensities and a criminal background were not being consistently registered into the National Instant Criminal Background Check System.  The N.Y. law will ensure that if someone is convicted of a domestic violence misdemeanor or related crime, his/her name will appear in the national registry.  This will occur after a court has reviewed the details of the case against the federal statue, i.e. the Lautenberg Amendment. 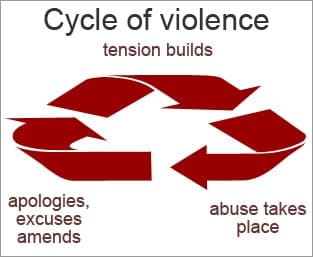 Sponsor of the bill, state Senator Stephen Saland told reporters, “With four domestic violence-related deaths in Dutchess County in the past year, I am keenly aware of the need to strengthen the laws to provide further protections to victims of domestic violence.”  He added, “Despite our ongoing efforts against domestic violence, it remains a problem that tragically continues to be too prevalent.”

Some individuals like Thomas King, President of the New York State Rifle and Pistol Association, voiced concern over the potential implications of the new legislation for responsible gun owners. “I agree with the law in principle,” he said, “However, there are problems with the way it was formulated, such as the definitions of domestic violence. They are too broad.” 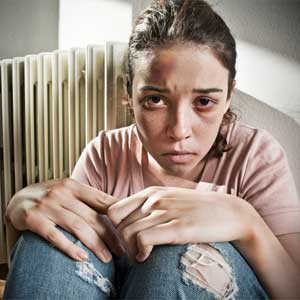