Michael Hance, like so many other spree-shooters, serial killers, and sociopaths, was described by neighbors as someone who was “shy and quiet,” the type of person who “kept to himself.”  Moreover, he was an individual who displayed “odd tendencies” and eccentricities.

One particular neighbor, Sandy Haught told the Akron Beacon Journal, “One time, he came outside in the pouring rain and started hosing off his driveway.”  She also claimed that he once put a kayak in his driveway to practice paddling. 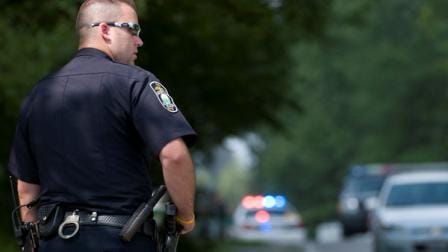 Michael Hance did not have a criminal background, but back in May of 2009 he had a run in with Akron police after he contacted them to complain about sky contagions caused by putatively toxic jet contrails.  The officers who responded to Hance’s complaint listed his erratic behavior in a police report as a “signal 43.”  According to local police Lt. Rick Edwards, “The report basically says he was crazy.”  No follow-up report, interview, or investigation was deemed necessary.

When the 51 year-old Hance walked into Sydmor’s Jewelry on Second Street Northwest in Barberton, Ohio, and purchased one of the two guns used in Sunday’s shooting, a .45 caliber Hi-Point pistol, as a result of his clean record, he had no problems with his federal background check and was able to receive the firearm freely. 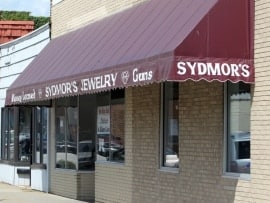 The storeowner, Tom Sydmor, told the Akron Beacon Journal, “There was nothing here that would have had any of us suspect anything,”

Police are still investigating how he gained possession of the other handgun.

Five days after he purchased the Hi-Point, Hance went on a rampage in the Copley Township, shooting and killing 5 people in one area and 2 people in a different area before he was gunned down and killed by police officers in a brief firefight. Copley Police Chief Michael Mier said in a press conference, “We understand that at some point in time the shooter was chasing somebody.”  Who he was chasing or why he was chasing them has not been determined as of yet.

Although the Associated Press reported it had something to do with a dispute Hance had with his Girlfriend, Jessica Dieter, 49, – who was also shot in the incident and remains in critical condition at a local hospital – over her deceased parent’s will.  Both Hance and Dieter were living in her parent’s house in Copley, Oh.

The names of the 6 of the 7 murder victims have been released: Autumn Johnson, 16, her father Bryan Johnson, 44, and her grandparents Russell Johnson, 67, and Gudrun Johnson 64, Craig Dieter, 51, his son Scott Dieter, 11, and another 16-year-old victim whose name has not yet been released. 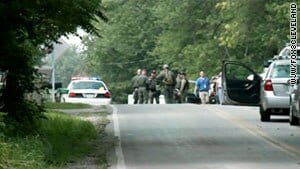 The victims in the Johnson family were neighbors of Hance and Dieter, and were reported to have gotten involved in the dispute.  Craig Dieter and his son Scott were in town visiting Jessica.

The Dieter family released this statement via Chief Mier: “Our family has suffered a loss too deep for words. Please respect our privacy as we grieve. Thank you to all. Continue to pray for us.”