What They're Carrying (Over There): Assault Rifles

Iraq and Afghanistan (“Talibanistan” as the Marines like to call it) are hard-bitten countries in and of themselves but they’re also now teeming with a myriad of weaponry. From the stalwart AK-47 and its variants, heavy PK machine-guns, WWII relics, to even the simple yet all too deadly Rocket Propelled Grenade, Russian and Chinese (and increasingly Iranian) armaments have become the teeth of insurgent forces and prospective nations alike.

Fortunately, these rebel arms have met their match in America’s seemingly unlimited, world dominating armory. You know the names; the M-16, Beretta, S.A.W., Browning .50 cal, AT-4, etc.  – arms we civilians go gaga over. 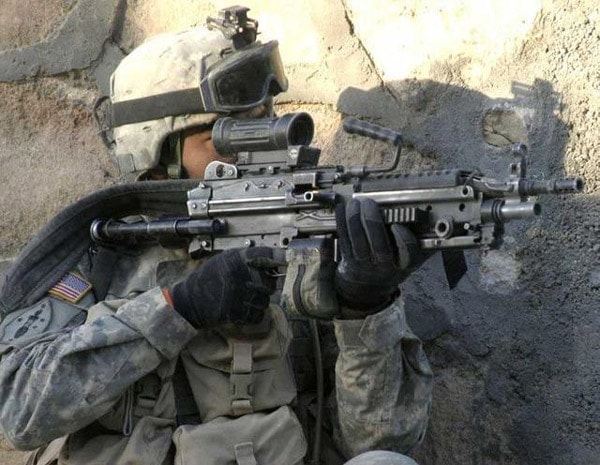 So given these circumstances and the sheer magnitude of these wars, currently there is an unprecedented real-world research and development program in the works.  All politics aside, Iraq and Afghanistan are saturated with a horde of armaments that would make any gun aficionado drool, so us guys at Guns.com have decided to take a look at what our boys are shouldering and what’s in the the Jihadists’ cache of aged ordnance. This week’s category – the ubiquitous assault rifle. 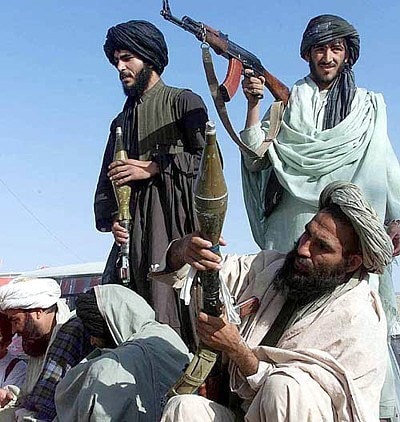 The Taliban and Jihadi insurgents have relied on a few basic weapons/tactics for over 30 years and a huge part of that are weapons that have proliferated across the globe after the fall of the Soviet Union. The AK-47 – we all know it, we’ve all seen, hell, even some of us own one.  Known as the most wide spread weapon in the world, this selective-fire, gas-operated 7.62×39 submachine gun, was developed by Mikhail Kalashnikov – a soviet poet, turned soldier, turned engineering genius – between 1946-1947. 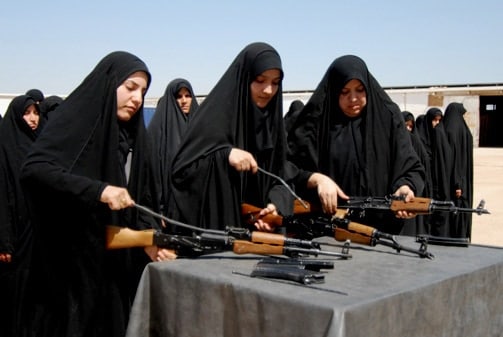 More importantly, these large steel-core bullets create crude gapping wounds, tumbling and fragmenting inside the unfortunate recipient. Touted by many for its hardiness and ease of use, this tried and true rifle is unquestionably one tough mother.  In Iraq/Afghanistan, it’s not uncommon to confiscate a cache of these beasts in utter disrepair. Pitted with rust, gunked up, and dented, they somehow manage to fire with little to no maintenance – obviously speaking to their notoriety. Modernized variants such as AK-74, RPK, AKM, are occasionally spotted on the battlefield, but never as abundant as the classic Kalashnikov.

The Kalashnikov’s primary rival, and a personal favorite, is the M16. Coming in a variety of spinoffs, the M16’s history is now classic lore – seeking a lightweight high-capacity rifle, Eugene Stoner, while working for Armalite, created the AR15. 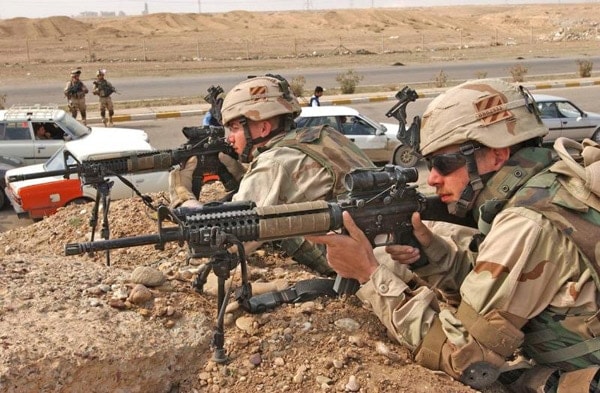 Rife with controversy upon its introduction into the US armament, this simple yet affective weapon has stood the test of time for some 40 years. Introduced during the Vietnam War as the M16A1, and eventually finding its way to the Sunni Triangle and Kunduz Valley as the M16A2, A3 and A4, the 5.56 jacketed round is capable of inflicting devastating wounds. In today’s military, the M16 has been equipped with a picatinny rail system – something in my opinion that leans towards the ridiculous in terms of attachments. Seriously, how many gadgets do you really need to get on target? A properly zeroed-in M16, in the hands of capable shooter, can drive tacks at 500 yards. And as old Gunnery Sergeant Hartman reminds us, “There is nothing more deadly than a Marine and his rifle…” 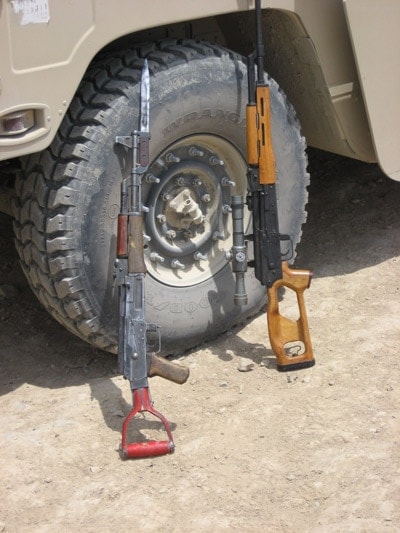 Something I found particularly interesting during my stint in the Fertile Crescent, were the jerry-rigged rifles and machine-guns insurgents/fedayeen schemed up. From re-engineered Mausers, to re-purposed grease guns, the World War Two Lee-Enfield discovered near a Baghdad police station, proved to be the most unusual. As a loyal gun show attendee in my youth, I automatically recognized the Enfield’s unique bolt-action, although this $80 cash and carry, Lee-Enfield No. 4 MkII, had undergone an extreme makeover – the addition of a six-foot barrel! 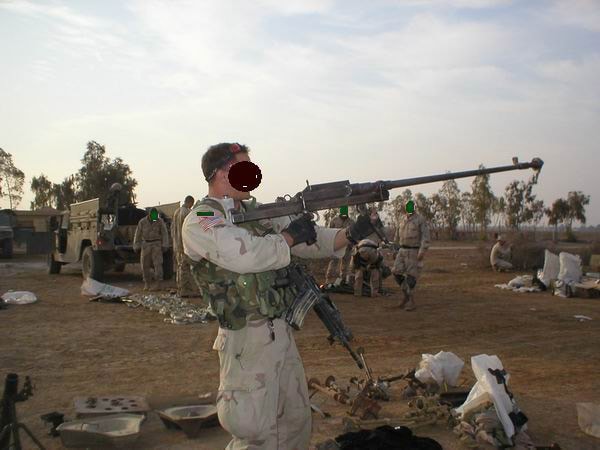 Apparently a cowardly insurgent staged the weapon near a crowded marketplace – jutting innocently from a hole in the façade of some pita vendor’s stall, this gutless wonder would lie in wait until an unsuspecting Coalition patrol decided to sample the local eats and – BOOM! Thankfully we confiscated the weapon before it could do more damage. 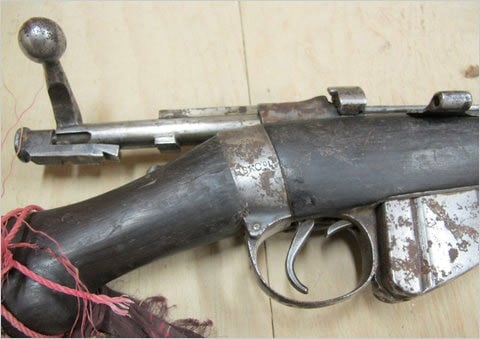 “If you know the enemy and know yourself, you need not fear the result of a hundred battles,” wrote Sun Tzu in the The Art of War. Truer words have never been spoken. Understanding the history/abilities of your weapon systems – and that of your enemy, is immeasurable in any conflict.