"The Gun that Could have Won America": The Notorious Ferguson Rifle

During the American War for Independence, a young Scottish officer by the name of Patrick Ferguson introduced his version of a military breech loading rifle. It was an adaptation of an earlier breech loading sporting arm first developed by Isaac de la Chaumette.

After receiving a patent in 1776, the design caught the eye of the British War Office. Compared to the standard British firearm of the time, the “Brown Bess,” the Ferguson Rifle outperformed it in accuracy and speed of loading and firing. Ferguson’s demonstrations for King George III and the British War Office won its approval.

The rifle became the first breech loading rifle to be placed into official service by any army in the world. Due to the complicated bureaucracy of the military back then, however, only Major Ferguson and a small detachment of 100 fellow sharpshooters from the 6th and 14th regiments were issued the new rifle. The British obviously far underestimated the tenacity of the Americans. 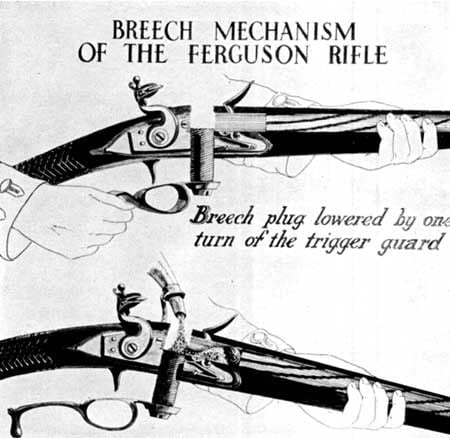 When he arrived in America on May 25th, 1777 he had been promoted to Lieutenant Colonel and his 100 sharpshooters formed the new 71st Highland Regiment.  They fought in a number of battles including the Battle of Brandywine in Pennsylvania. On October 6th, 1780, at the Battle of Kings Mountain in North Carolina, Ferguson was forced to take a stand against approximately 1,000 colonial frontiersmen who were sheltered behind stands of trees. Most of those 1,000 Americans were from Tennessee and they grew up using rifles just to survive. The relentless accuracy of the American frontiersmen proved too much for the Scotsmen, and they lost the battle. Ferguson was killed with eight rounds hitting his body nearly simultaneously. 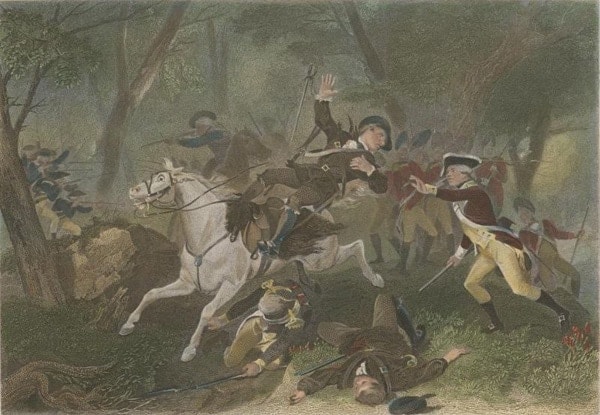 It brought a violent end to a legendary figure and the underappreciated advancement he contributed to military warfare. The obvious question remains, had the British troops been issued the Ferguson Rifle in sufficient numbers and properly trained in its use, would the outcome of the war been the same?

The rifle was indeed the technically advanced military small arm to be produced in a 200-year span of flintlock and caplock designs. A soldier properly trained in its use could easily load and fire about six to ten times each minute. By rotating the trigger guard 270 degrees, the rapid pitch screw created the breech opening in the top of the barrel, and with the barrel tipped forward slightly the ball drops into the cavity and stops in place due to the rifling. Gunpowder is then quickly added, with any excess swept away by the closing screw and being deposited over into the flash pan. To fire the weapon, the frizzen is then closed and the hammer is pulled back. The killing accuracy of the rifle was said to be around 200 to 300 meters effective range. 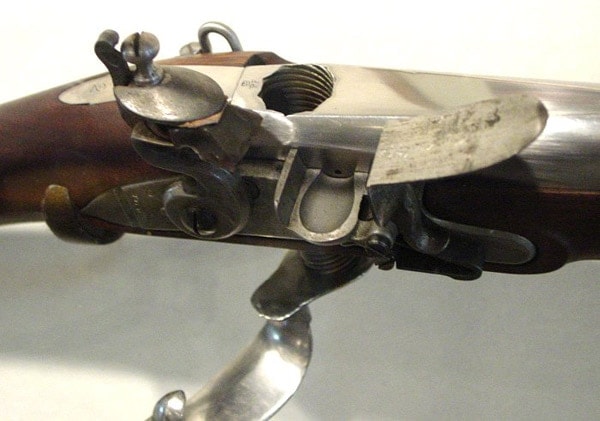 Gun production contracts for the first 100 rifles went to four companies in England, 25 to William Grice, 25 to Mathias Barker, 25 to Galton and Son and the last 25 to Benjamin Willets. Of those original 100 rifles, only two are known to exist at this time. One is on display at the Morristown National Historical Park, and the other belongs to the Milwaukee Public Museum. The whereabouts of the remaining 98 rifles is not known, but if found their worth would be considerable. There have been some rumors that a couple of examples of the Ferguson Rifle may be in private hands in the Carolinas and perhaps one in eastern Tennessee, but none of that is confirmed. What is known is that the Ferguson Rifle may have been the most highly advanced rifle of its time.