Announced at the start of this year, SureFire’s 60- and 100-round magazines are one of the most highly-anticipated AR accessories since bullets.  The design isn’t entirely original.  During the Cold War the Soviet had quad-stack magazines made for the AK-74, but good luck finding any; a few have been imported to the U.S. and their owners sleep with them under their pillows as per the manual’s instructions. 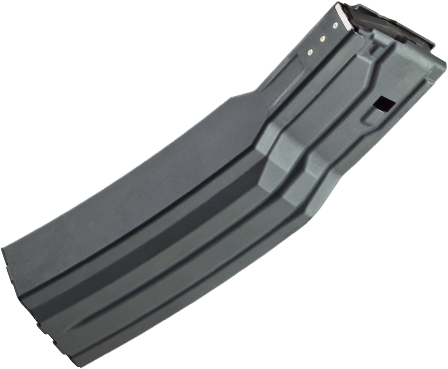 Not that the market is rioting (too soon?) for quad-stack AK-74 magazines (well, the Cult of the 5.45 is, no doubt) but quad-stack STANAG-compatible mags would blow things wide apart.  Which is why SureFire started stamping out ones in real metal. 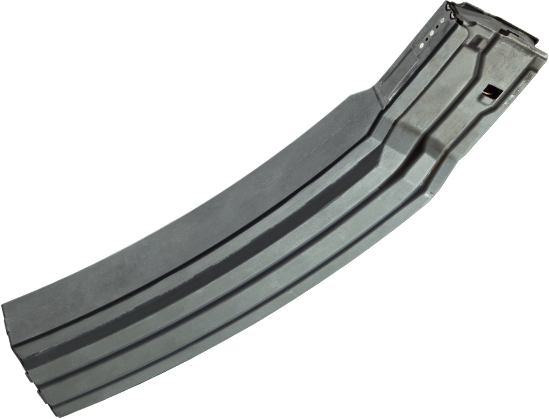 “Constructed from Mil-Spec hard-anodized aluminum, they feed smoothly and reliably due to optimal geometry, non-binding coil springs, and ingenious nesting polymer followers. The long-lasting springs are cadmium coated for low friction and excellent corrosion resistance. Magazines require no lubricants and can be easily disassembled without tools for cleaning.”

Originally set to launch in June, that deadline has come and passed quietly.  We gave ’em a few weeks, we understand that there are all sorts of good (hopefully good) reasons to delay a product and hey, it’s only been a few weeks, we’re not bitching, we’re anxious.  It doesn’t even matter the price: $130 for the 60, 100 $180, which is a bit stiff for the 60 but on par with what you’d pay for any decent 100-round drum.

Still, the good news is that there have been product samples floating around the real world, passing through the hands of reviewers and all the feedback has been great.  We’re hyped up.  We’re ready to spend.  Come one now, SureFire, don’t be shy.  And if there’s something wrong, let us know, we’ll understand.  You’re not in trouble.