Introducing the Burglar Alarm Revolver: Shooting Burglars (or the Paper Boy) Since 1907.

Back in the days of “Shoot first, ask questions later…if at all,” the burglar alarm revolver gave a whole new meaning to Castle Laws. In 1907, for the bargain price of $3.50 (that’s $80.83 today), the prudent homeowner could purchase one of these neat “security systems,” a sure-fire way to dissuade home intruders (or anyone and everyone) from coming through the front door. 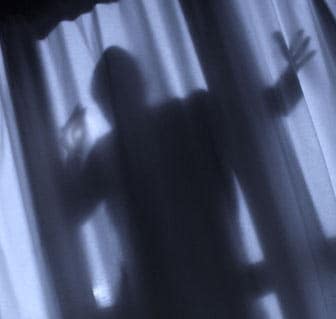 The item description, offered by our friends at Guns & Ammo, observes that the all-metal 6-shot repeater could be attached to a door by running a bolt through the flat handle. Then, when someone entered, the gun would “fire either a blank alarm round or a ball cartridge in the direction of the unwanted intruder.” Unfortunately for some, the burglar alarm gun didn’t differentiate between a wild-eyed home invader and the paper boy.

Of course, like devices have long since been outlawed, and those wishing to protect their home must do so the old fashioned way: by physically pulling the trigger themselves. 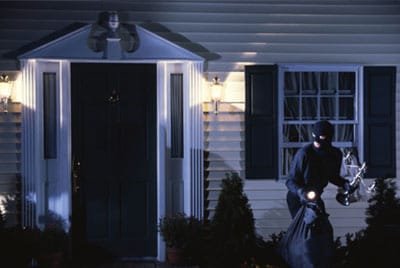 What the description does not seem to make clear is exactly how the trigger mechanism would engage once the gun is affixed to a door. Clearly this device would be most effective for its ability to surprise and scare a home invader. Unfortunately, at least one writer suspects that the burglar alarm revolver led to the untimely demise of many a mistress or late-night male suitor.