Well, at least for the time being, it depends on whom one asks.

However, one can gain some clarification on the matter if they trace the story back to the very genesis of the claim or implication that classified information was, indeed, released. 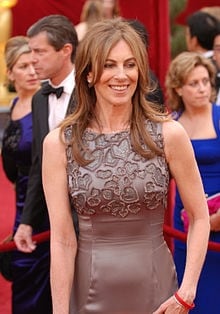 The moviemakers [Kathryn Bigelow and Mark Boal] are getting top-level access to the most classified mission in history from an administration that has tried to throw more people in jail for leaking classified information than the Bush administration.

It was clear that the White House had outsourced the job of manning up the president’s image to Hollywood when Boal got welcomed to the upper echelons of the White House and the Pentagon and showed up recently — to the surprise of some military officers — at a C.I.A. ceremony celebrating the hero Seals.

Dowd also referenced the highly detailed Nicholas Schmidle New Yorker article, “Getting Bin Laden,” that recounts the assassination mission.  That article was used as the primary source for Guns.com’s own article on the mission, “How U.S. SEALs Killed Osama Bin Laden” (it was used, in part, because it gave incredible and comprehensive insight into the mission – perhaps, even too much?).

With respect to the Schmidle article, Dowd stated:

The White House clearly blessed the dramatic reconstruction of the mission by Nicholas Schmidle in The New Yorker — so vividly descriptive of the Seals’ looks, quotes and thoughts that Schmidle had to clarify after the piece was published that he had not actually talked to any of them.

“I’ll just say that the 23 Seals on the mission that evening were not the only ones who were listening to their radio communications,” Schmidle said, answering readers’ questions in a live chat, after taking flak for leaving some with the impression that he had interviewed the heroes when he wrote in his account that it was based on “some of their recollections.”

At this point, one should ask the obvious question – who else was listening?  Who is Schmidle referring too? 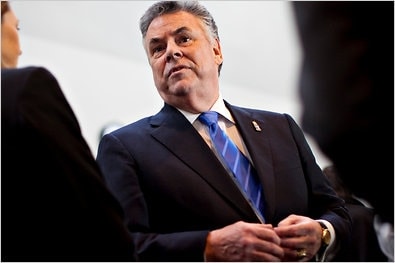 After Dowd’s article was published, Congressman and Chairman of the House Homeland Security Committee Peter T. King read the article and became outraged.  He then penned this letter to the Inspector Generals requesting a full investigation into the matter:

I write to express concern regarding ongoing leaks of classified information regarding sensitive military operations. As reported in a New York Times column on August 6, 2011, Administration officials may have provided filmmakers with details of the raid that successfully killed Usama bin Laden (UBL). According to that report, Sony Pictures Entertainment, Inc. and movie director Kathryn Bigelow received “top-level access to the most classified mission in history” to produce a movie about the raid, due for release in October 2012. Reportedly, a Hollywood filmmaker also attended a CIA ceremony in honor of the team that carried out the raid.

The Administration’s first duty in declassifying material is to provide full reporting to Congress and the American people, in an effort to build public trust through transparency of government. In contrast, this alleged collaboration belies a desire of transparency in favor of a cinematographic view of history.

Special Operations Command’s Admiral Eric Olson stated that the May 1st raid “was successful because nobody talked about it before, and if we want to preserve this capability nobody better talk about it after,” and that his operators’ “15 minutes of fame lasted about 14 minutes too long. They want to get back in the shadows.” Joint Chiefs of Staff Chairman Admiral Michael Mullen stated that “It is time to stop talking,” as “We have gotten to a point where we are close to jeopardizing the precision capability that we have, and we can’t afford to do that. This fight isn’t over.” Former Defense Secretary Robert Gates stated that “Too many people in too many places are talking too much about this operation, and when so much detail is available it makes that both more difficult and riskier” for such missions in the future.

Leaks of classified information regarding the bin Laden raid have already resulted, according to a June 15, 2011 article in the Washington Post, in the arrests of Pakistanis who were believed by local authorities to have assisted the CIA with the May 1st raid. Further participation by JSOC and the Agency in making a film about the raid is bound to increase such leaks, and undermine these organizations’ hard-won reputations as “quiet professionals” − reputations important for their continued operational success. And, the success of these organizations is vital to our continued homeland security.

Therefore, I request an investigation and classified briefing regarding this matter from the Defense Department’s and CIA’s Inspectors General, including but not limited to the following:

• What consultations, if any, occurred between members of the Executive Office of the President, and Department of Defense and/or CIA officials, regarding the advisability of providing Hollywood executives with access to covert military operators and clandestine CIA officers to discuss the UBL raid?

• Will a copy of this film be submitted to the military and CIA for pre-publication review, to determine if special operations tactics, techniques and procedures, or Agency intelligence sources and methods, would be revealed by its release?

• How was the attendance of filmmakers at a meeting with special operators and Agency officers at CIA Headquarters balanced against those officers’ duties to maintain their covers? How will cover concerns be addressed going forward?

• What steps did the Administration take to ensure that no special operations tactics, techniques, and procedures were compromised during those meetings?

If you have any questions, please contact Mr. Matthew McCabe, Senior Counsel for the Committee on Homeland Security, at (202) 226-8417. Thank you for your time and consideration of this request.

Upon seeing the whirlwind of news coverage and controversy surrounding the film, the filmmakers released this statement:

Our upcoming film project about the decade long pursuit of Bin Laden has been in the works for many years and integrates the collective efforts of three administrations, including those of Presidents Clinton, Bush, and Obama, as well as the cooperative strategies and implementation by the Department of Defense and the Central Intelligence Agency. Indeed, the dangerous work of finding the world’s most wanted man was carried out by individuals in the military and intelligence communities who put their lives at risk for the greater good without regard for political affiliation. This was an American triumph, both heroic, and non-partisan and there is no basis to suggest that our film will represent this enormous victory otherwise. 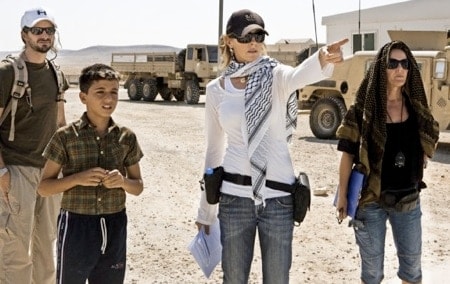 In a press conference Jay Carney, the White House Press Secretary, responded to the allegations that sensitive information was leaked to the filmmakers.  He first stated that such roomers were “ridiculous” and followed up by stating (see video for full response):

“I would hope that as we face the continued threat from terrorism, the House Committee on Homeland Security would have more important topics to discuss than a movie.”

What’s also distressing in all of this is the possibility that the Obama Administration may be propitiating to Hollywood elites for political gain, as Dowd wrote in her column:

The Sony film by the Oscar-winning pair who made “The Hurt Locker” will no doubt reflect the president’s cool, gutsy decision against shaky odds. Just as Obamaland was hoping, the movie is scheduled to open on Oct. 12, 2012 — perfectly timed to give a home-stretch boost to a campaign that has grown tougher. 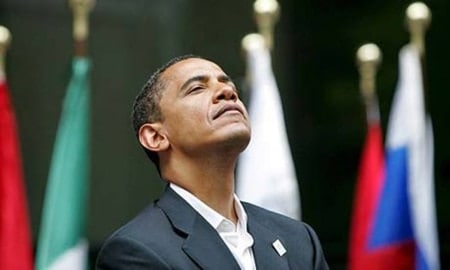 In the end though, and as the recent helicopter crash in Afghanistan reminds us, there are American lives on the line.  So one would assume that if the Obama Administration is to err, it should be on the side of caution.  But in light of the detailed Schmidle article, the claims made by Dowd regarding Bigelow and Boal, and the growing unrest by military officials as cited in the King letter, i.e. Former Defense Secretary Robert Gates stated that “Too many people in too many places are talking too much about this operation, and when so much detail is available it makes that both more difficult and riskier” for such missions in the future, it makes one wonder if the Obama Administration really did all that they could to limit the exposure of sensitive information.