If you’ve been around firearms at all, or even if you haven’t, you’ve surely heard of terrible accidents. One of my all time favorites – if you can call it that – goes like this: “He was cleaning his gun and it went off.”

How can a gun just go bang? It doesn’t happen like that. And how can you be “getting intimate” with your gun and not notice it’s loaded?

Early on in my gun-totting career, my father told me about a very distant uncle that accidentally shot and killed his baby, I believe around the turn of the century. Apparently, my dad hadn’t thought to tell me about the incident up to that point. Perhaps something sparked his memory. 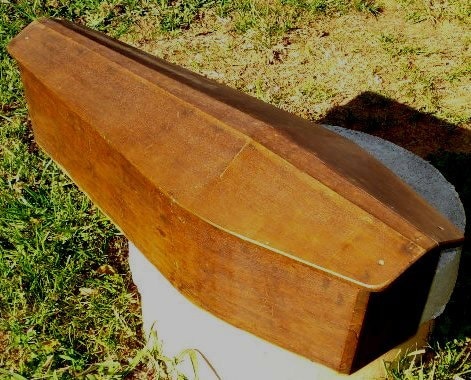 Anyway, according to oral family history and all the errors that go along with such archiving, my distant relative, who, by the way my dad never knew, was “cleaning his gun when it went off.” Unfortunately, his infant child was in the way.

This horrific, practically unbearable tragedy aside, when talking strictly about how guns operate, at least back then, I couldn’t envision how a gun could shoot while it’s being cleaned. After all, I had never heard of cleaning a loaded firearm. And, certainly, all firearms should be made safe before a proper cleaning, inspection and lube.

If my distant relative were using a black powder gun, a flintlock, or even a more modern firearm, maybe he thought he should shoot it first, and then clean it. Certainly this could have led to the tragedy.

If this were the case, and it seems likely, then surely my heart-broken ancestor didn’t know about (or didn’t follow) the cardinal firearms safety rules—those fundamental and preeminent rules that must be followed and adhered to when handling any firearm, namely:

1) Treat all guns as if they’re always loaded;
2) Never point at anyone or anything you do not wish to kill or destroy;
3) Keep your finger straight and off the trigger until you’re ready to fire; and
4) Know your target, backstop and beyond. 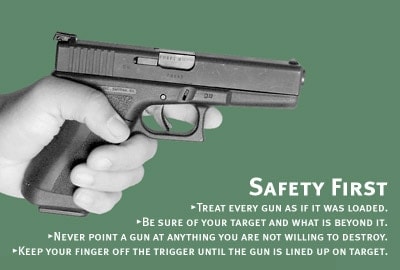 Of course, knowing a little bit about my father’s background with guns, I took his explanation about the cleaning-and-the-gun-went-off comment with a grain of salt, even though he was a war veteran and avid big game hunter. After all, this was coming from the same guy who, when I was an infant, was practicing a quick draw with his new pistol and cowboy garb and blew a hole in his leg. He laughs about the mishap now, remembering he begged the doctor not to cut off his brand new cowboy boots, since he paid $300 for them! No offense, but mom taught me more about firearms safety. Okay, ’nuff about that. 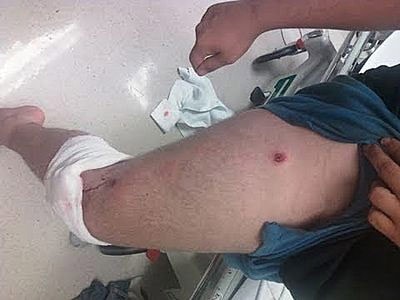 Now, fast forward several years in the history of firearms usage and safety. Has anything changed?

Well, when it comes to cleaning and accidental (or negligent, or perhaps a third category, intentional) discharges, there are, at least, these two axioms to consider. First, guns don’t shoot by themselves; someone must manipulate the trigger, somehow; and secondly, guns are supposed to be unloaded prior to cleaning them. 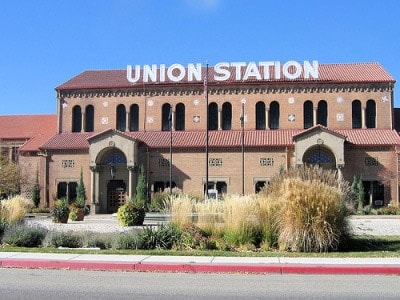 Now we have some very popular handguns, which in order for a user to disassemble, and thus clean the firearm, the trigger must be depressed. This precarious mechanical operation has had a few not-so-pleasant surprises. 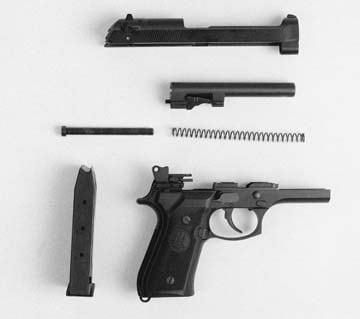 A hasty search on Internet images and stories yields some painful injuries…and healthy reminders for all of us: (1) maintain muzzle discipline—never point at anything or anyone you do not wish to kill or destroy, and (2) keep your finger straight and off the trigger until you’re ready to fire.

In one of the stories I recall about a “gun cleaning mishap,” the gun owner pulled the trigger to disassemble the handgun in order to clean it. The only bad news was it was still loaded.  To make matters worse, his support hand, which he was going to use to remove the slide from the frame, was in front of the muzzle when he pulled the trigger. 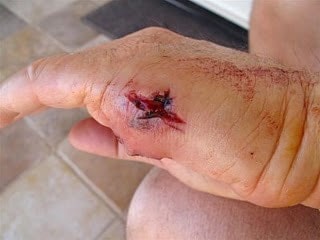 In sum, as a young gun enthusiast, I felt quite certain that when any person made the cliché and rather ubiquitously popular statement that “(so-and-so) was cleaning his firearm and it went off,” I realized they simply did not fully understand how guns work.  Either that or they just didn’t appreciate gun safety like I did. Or they didn’t know how to properly clear the gun before disassembly and cleaning. 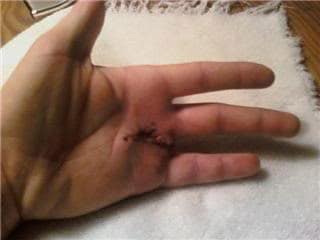 Now, today, as a balding, not-so-young, but, hopefully, safe if not enthusiastic or knowledgeable firearms instructor, I still feel the same way as I did back then, but even more so. If a gun goes bang when you’re cleaning it, or just before or after, it’s not the gun’s fault.

Hopefully, after reading this piece, you’ll be a little more careful, cognizant and cautious the next time you’re cleaning firearms. It’s not just how you describe (or how you hear another describe) a “gun cleaning accident,” but how you (or others) safely clean guns that matters most. Your good health, your life and the life of many others depend on it.