Firearms, by definition, are made to kill and, consequently, their nicknames tend toward the tough and intimidating: the M60E1 is known as “the Pig,” the MG42 “the Burp Gun,” and the M249 “the Buzz Saw.”  However, there are exceptions.

For example, the Colt .45 “Peacemaker” comes to mind.  So too does the bullet-belching “Beecher’s Bible,” the .52 caliber Sharps Model 1853 Rifle, the world’s first widely used breech loader and a weapon that drew more than its fair share of blood during the days of Bleeding Kansas, particularly when in the hands of a certain “Captain” John Brown.

To understand how one of the most advanced firearms of its time came to be called a Beecher’s Bible, one needs to understand what was going on in America during the middle of the 19th century.  First, let’s take a look at the technical side, the rifle itself. 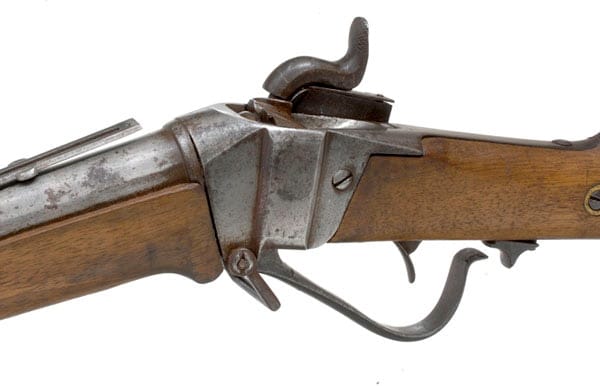 Christian Sharps, the rifle’s inventor, learned the rifle-making trade under the tutelage of none other than master gunsmith Captain John Hall at the federal arsenal in Harpers Ferry (another name, of course, forever associated with John Brown.)  During the 1820s, Hall had developed his own breechloader, the M1819.

And, even though Hall’s weapon smoked the competition in terms of its accuracy and its rates of fire – a company of thirty-eight men testing the M1819 against muzzle-loading muskets and rifles – the Hall rifle suffered from gas leaks and, therefore, never quite packed the punch necessary for a weapon of war.

In any case, Christian Sharps thought he could do better and, in 1848, proved it with patent number 5,763, the first Sharps Rifle.  With its lever controlled vertical dropping block action, the rifle’s breech greatly reduced the escape of gases when fired.  The result, of course, was a lethal combination of accuracy, knock down power and rapid fire; eight to ten rounds a minute was a fearsome rate of rounds in the days before the Civil War.

And, speaking of the Civil War, (or at least its Bleeding Kansas action-packed prequel), that is how the Sharps Model 1853 got its nifty nickname of ‘Beecher’s Bible,’ by preaching fiery “sermons” to unconverted Missouri Ruffians who still thought slavery was a swell idea.  In case you were sick that day back in high school, here’s an overview of just what was going on. 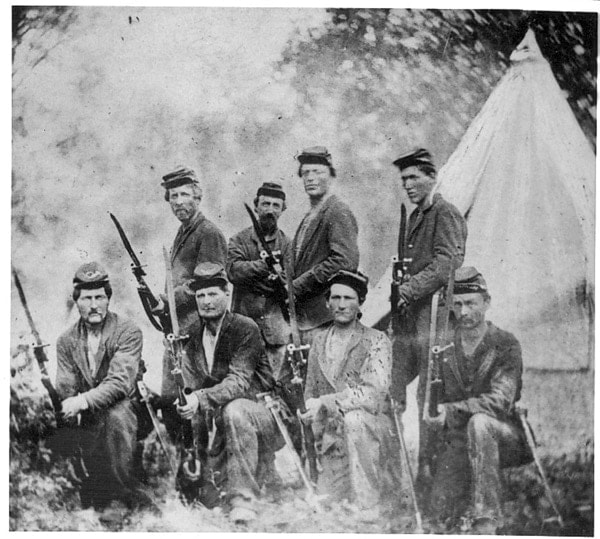 Okay, so it’s 1854 and Senator Stephen Douglas – the same tubby, little guy who would later beat Lincoln in the 1858 Illinois senate race – figures it’s time to scrap the Missouri Compromise (the agreement that had kept an uneasy balance of power between slave and free states for thirty plus years) and go with the concept of popular sovereignty instead.  This was the Kansas-Nebraska Act of 1854 and started, in hindsight, an inexorable slide into Civil War.  (Spoiler alert! The North wins.) 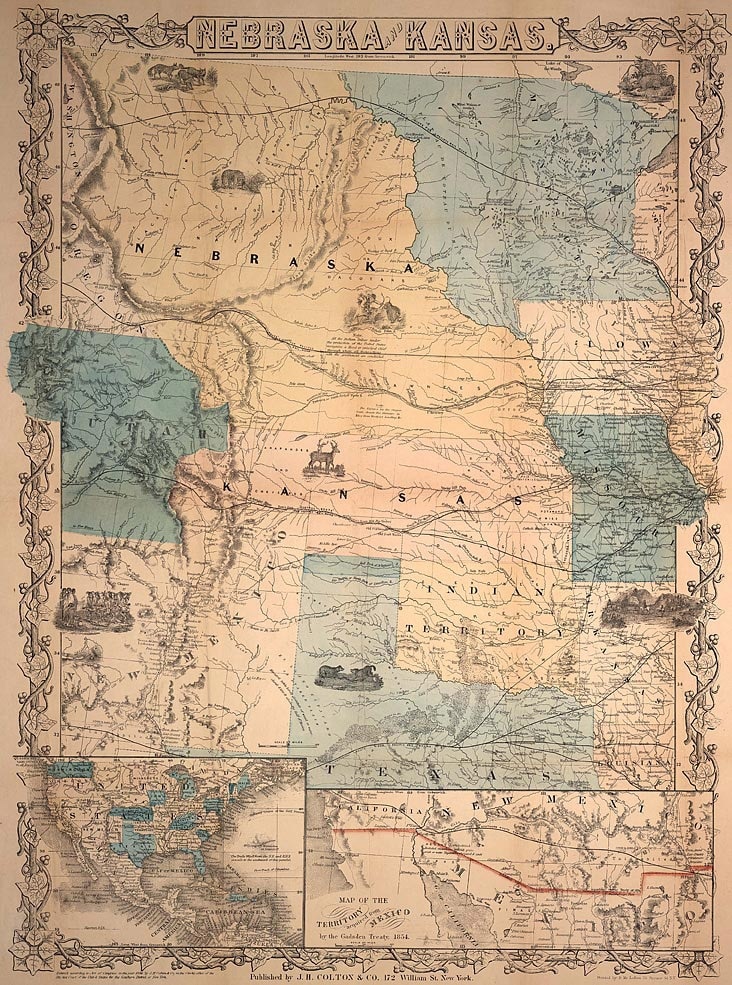 At the heart of the issue was whether a new state to the Union would come in as slave or free.  With popular sovereignty, the settlers of the territory itself would decide via ballot box.  Sounds fair, right?  After all, who could possibly be against one person, one vote?  Well, how about slave owners?  Those guys weren’t particularly democratic now, were they?  They proved it by hiring Missouri Border Ruffians – basically a bunch of mean guys with Bowie knives and guns – to ride into Kansas, intimidate the free-soil settlers, and stuff ballot boxes in favor of human bondage.  And it worked: the Ruffians “won” the vote.  They also sacked the free-soil town of Lawrence, killed a few anti-slavery settlers, and scared off many more.  Then they ran into opposition: John Brown and his numerous sons (about a platoon’s worth, it sometimes seems.) 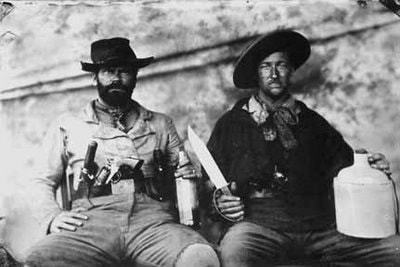 John Brown had received his Sharps rifles from the wealthy abolitionist Henry Ward Beecher – shipped west in crates marked “Bibles” to avoid detection – and his messianic calling to eradicate slavery, at least as Brown saw it, straight from God.  Regardless of whether or not this was indeed true, indisputable is the fact that, unlike many of the other anti-slavery men in Kansas in 1856, John Brown was more than willing to fight back against the Slave Power. Hard.  And, yes, his means could be excessive, even murderous – the Pottawatomie Massacre comes to mind – but his bravery is indisputable. 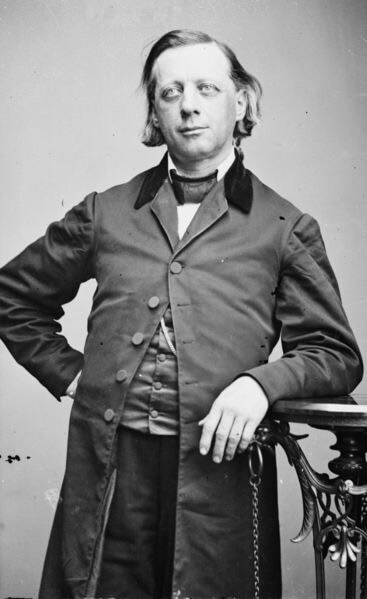 First when he captured an evenly matched forced out to catch him at the Battle of Black Jack, (arguably the first battle of the Civil War), and second, and even more impressively, at the Battle of Osawatomie.  Outmanned by more than seven to one but armed with Beecher’s Bibles, Brown and his men took on a band of mounted Missouri Ruffians coming to wreck havoc among the free-soil settlers and inflicted about sixty casualties before being forced to retreat by dint of overwhelming numbers. 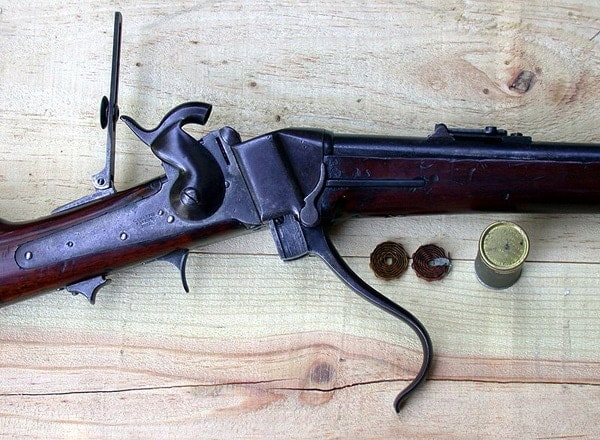 Although the major battles to come would soon enough make the casualty rates of Bleeding Kansas appear almost quaint, Bleeding Kansas, John Brown, and Beecher’s Bibles can be thought of as a metaphorical percussion cap that would ignite the main charge of Civil War packed in the nation’s breech.