Historically at least, ingenuity is word that often follows American and, when you consider the core ambitions of this half-mad cocktail we call a country (stuff like life, liberty and the pursuit of happiness) it makes perfect sense that we, as a cultural identity, place a premium on solutions and those who can come up with them.

Call it a byproduct of our Capitalist upbringing; the afterglow of a nation founded by desperately hopeful, fingers-to-the-bone immigrants; our drive to work so the rest of the world can go on vacation.  Yes, my fellow Americans, the urge to figure out answers runs strong in us. 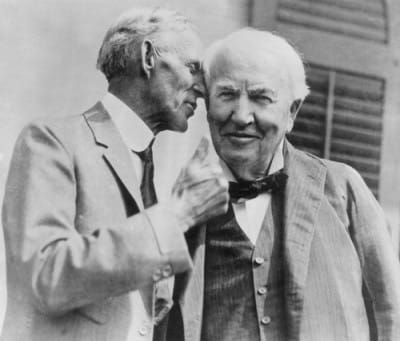 When the term IED first entered our consciousness and reports started trickling back about soldiers having to “hit the deck” and hit it hard like 10 times a day, Americans made a run on carpet layers knee pads to send overseas.  Soldiers in Viet Nam carried squirrel calls to communicate with one another and buried grenades in old Viet Cong fire-pits.  A lit cigarette placed in a matchbook equals a timed fuse.  If you said it in Navajo, the Jerries couldn’t understand it. 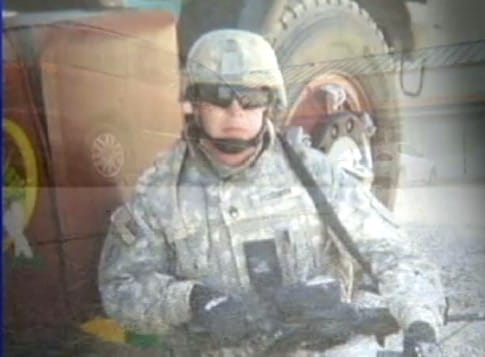 Today, Staff Sgt. Christopher Fessenden is on duty in Afghanistan because of American ingenuity.  During his two tours in Iraq, Fessenden crossed through Hell with only his wits, his God and his Army issue kit to keep him safe.  An M16, combat boots, helmet, bulletproof vest and so on and so forth—all ingenious inventions in their own right.  But he also carried something right out of a Tim O’Brien short story, given to him by his brother Ernie—a remote controlled toy truck.

We use the word toy lightly because last week, the truck saved the lives of six soldiers. 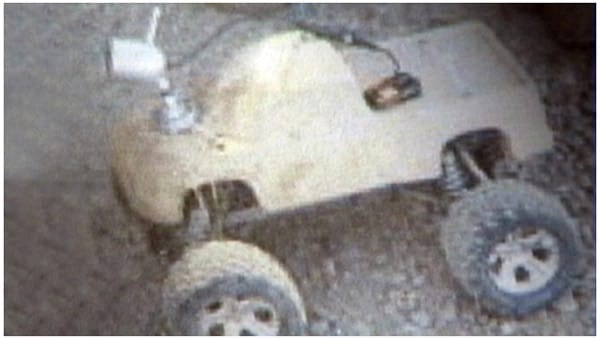 IEDs or Improvised Explosive Devices have proven to be the most effective weapon insurgents have used against Coalition forces in Iraq and, in time, they will certainly come to symbolize the impersonal, guerrilla tactics of these conflicts to a yet to be minted generation of Americans.  Our military does what it can to protect our boys.  They travel in heavily armored vehicles and they are trained to patrol for bombs.  But IEDs can look like basically anything, be placed basically anywhere, give off no indication of their presence (until it’s to late that is) and can be made from any number of materials fitting any number of price ranges. No matter how you cut it, IEDs are a constant danger. 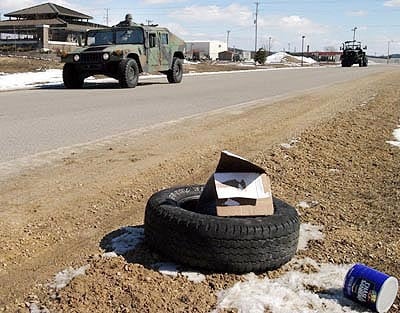 And it was during just such a discussion about the realities of modern warfare with his brother Chris back in 2007 that Ernie came up with the idea for the remote-controlled truck.  He asked his brother Chris, “Doesn’t the army have ways of checking for these things?”

Chris’s answer was short and all too common: if they do, I don’t know about them.

Ernie and hobby shop owner Kevin Guy chose a Traxxas Stampede radio-controlled truck to fit the task and mounted it with a video camera, which fed a small monitor Chris could mount on his rifle.  All told the unit cost about $500. 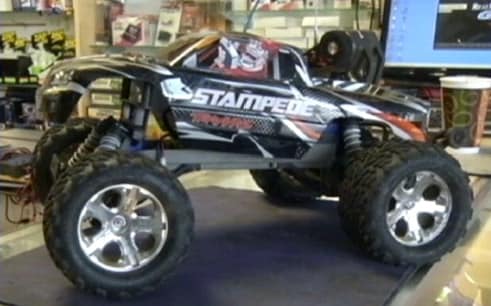 Via an email with ABCnews, Chris Fessenden reported that the little truck has successfully found four IEDs since he first got it. He told ABC:

“We do mounted patrols, in trucks, and dismounted by foot. The funny thing is the Traxxis does faster speeds than the trucks we are operating in under the governing speed limit… so the traxxis actually keeps up with us and is able to advance past us and give us eyes on target before we get there.”

But last week, it sealed its fate as a stroke of ingenious, after Fessenden loaned the truck to a group of fellow soldiers.  The truck, driving ahead of their patrol, tripped a wire connected to a massive load of about 500-pounds of explosive material. The bomb went boom, the toy truck went bye-bye and six soldiers and a Humvee lived to see another day.

The mind behind the device, Ernie Fessenden told reporters:

“I’ve talked to my brother a number of times and he says anything they get, from a letter to a bag of peanuts, it makes them feel great.  And then if you send them something cool like this, that helps them do their job and keeps them safe… There’s just no way of explaining that. It’s such a great feeling.” 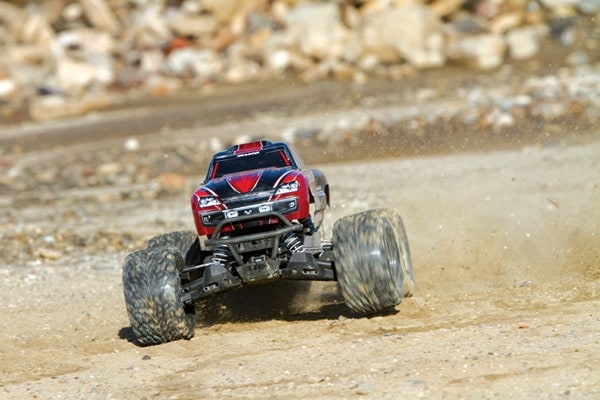 A replacement truck was in the pipes (the little truck logged a lot of miles before it made it’s way to the great RC track in the sky) but they may need your help because now the goal is to get our soldiers as many trucks as they possible.  You can learn more about donating to this cause through a nonprofit group called Fuel My Brain here, because there’s more to ingenuity then just knowing the answer.  Ingenuity is about applying the answer.