The MAS-38 7.65mm Submachinegun Dishes Out Poetic Justice (in French and Italian)

Some years ago the Italian newspaper Corriere della Sera reported that a museum in Albania was in possession of the firearm that was used to kill the Italian dictator Benito Mussolini and his girlfriend Claretta Petacci way back in 1945. It turns out that the museum is actually the Albanian National Historic Museum located in Tirana, Albania, and the weapon was a French MAS-38 7.65 mm submachine gun. 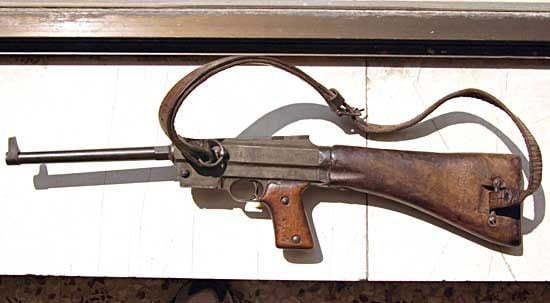 Derived from a small arms program that took place between 1918 and 1922, the MAS-38 was licensed under the Service Technique de l’Armement, and used by the French but also by the Germans after France fell. The weapon was 24.53 inches in total length and had a 8.82 inch barrel. It weighed 6.33 pounds empty and used a 32 round box magazine. With the magazine attached it brought the weight up to around 13 pounds. Its rate of fire was 600 to 700 rounds per minute with a muzzle velocity of 1,148 feet per second.

The weapon is more readily recognizable due to its barrel assembly that makes it seem as if the barrel is awkwardly bent. That was due to the receiver and butt as they diverge in alignment from the axis of the barrel. All that sounds complicated, but in essence it is quite a simple arrangement. Its bolt recoils inside a tube, which runs through the buttstock, and predates the similar M-16 action by many years. In order to allow a more natural aiming stance, the butt had to drop down while the receiving had to remain in correct alignment. That setup required that the bolt approach the breech at somewhat of an angle, hence the face of the bolt had to be cut obliquely so that it could close evenly on the cartridge round.

The MAS-38 was a high-quality weapon machined from solid steel, and was highly accurate. It was, however, underpowered when compared to the German 9mm pistol ammunition. The Germans seized the MAS plant in 1940 just as the weapon was coming into mass production, so it failed to make a difference to the outcome of the Battle for France. The Germans renamed the weapon the 7.65 mm MP722(f), and continued producing it as a substitute for their own forces and for the Vichy French. 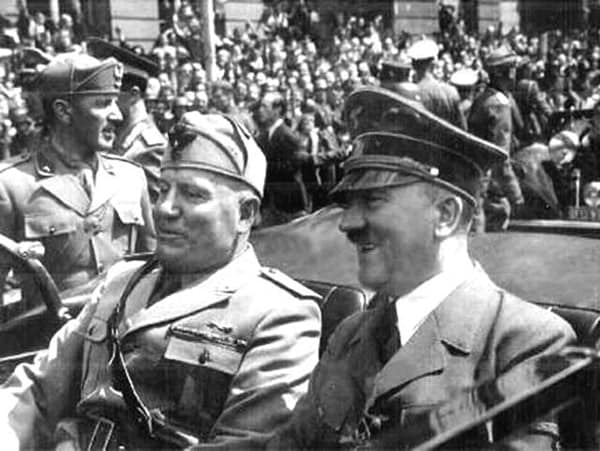 The weapon’s claim to fame came on April 28th, 1945 when it was used by the Italian partisans to assassinate Mussolini. Just prior to being shot, Mussolini shouted in defiance, “Shoot me in the chest!” They did and, in so doing, ended the life of the charismatic yet brutal dictator. He is now buried in his hometown of Predappio in Emilia, Italy. 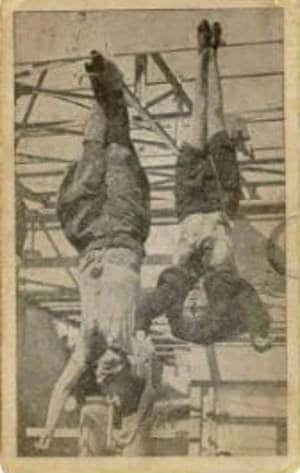 There are a great many infamous weapons still unaccounted for the world over, weapons that were used to start wars or to put exclamation points to the end of wars, weapons like the MAS-38. One wonders where they may all be located and if some may be still available. Well, while some reside within the structures of museums, others remain in private hands, and every once in awhile one or two become available at auction. Getting your hands on one of those weapons is the trick. I’m going to keep my ear to the ground in the hope I hear of something becoming available. In the meantime, as I’ve lost two great opportunities to acquire infamous weapons over the years, I have to learn not to be at the train station when my ship comes in!