Chiappa’s a fairly controversial firearms manufacturer.  Originally known for their inexpensive .22 pistols shaped like 1911s, (the operations are completely different, unlike the Browning 1911-22) Chiappa is now basically synonymous with their hideously intriguing Rhino revolver. 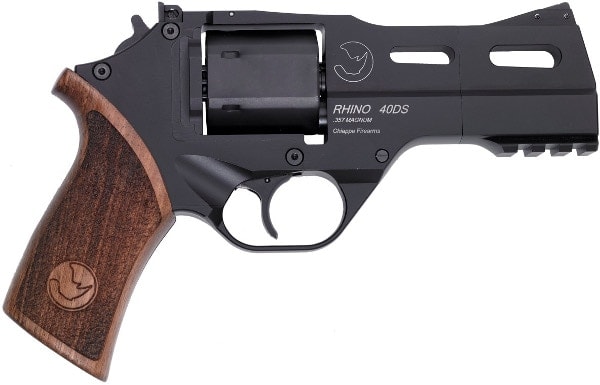 Oh man, just the sight of that thing makes us grin and vomit.

If you’re late to the party: the Rhino was/is a .6-shot .357 with flattened sides to make it slim and ugly.  Its barrel hangs in front of the lowermost cylinder chamber and reportedly recoils like high five from an old friend.  This friend is also wearing mittens.  (Yes, it’s August but he runs a hand-knitted organic wool mitten company and he wears mittens all year ’round to generate buzz and this metaphor has run well off the tracks by this point.)  It has very mild recoil.

But the controversy isn’t just the looks of the gun, it’s in shooting it, too.  Although it’s very good about handling recoil, pulling the trigger’s a different story entirely.  Depending on who you ask the trigger is somewhere between long and on the heavy side to heavy, gritty, painful, and broken. 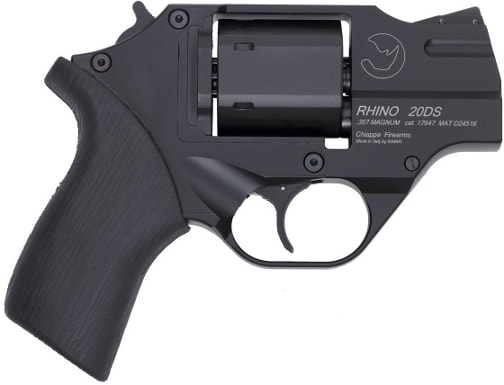 And as if in a horribly twisted way to draw attention to the fact that the gun might not be entirely ready for general consumption as it desperately needed some new geometry for its trigger parts, Chiappa went all RFIDgate, announcing their future plans to add (user- or dealer-removable) radio-frequency identification tags to all their firearms, starting next year with the Rhino.

And yet, none of this means much to us when we see video of moon-clip-powered 9mm/.357 Mag and .40 S&W emptying cylinders like machine guns.  Watch: