Aggressive Stance, Assertive Attitude: The Foundation upon which Gunfights Are Won

If you want to win a lethal confrontation, you must be aggressive. Furthermore, you’ve got to stay balanced. Staying balanced will help you stay on target. In lethal tactics, an aggressive stance and an aggressive attitude go hand in hand.

If you’ve ever seen a boxer or a martial artist work, you know they have a solid foundation. Their stance is firm and strong. The last thing they want to do is go to the ground, that is unless the style is Brazilian jujitsu or someone who prefers ground fighting and grappling.

From Karate to Tae Kwon Do and from Aikido to Thai kick boxing, staying balanced and on one’s feet is paramount to success. Likewise, in up-close gun battle staying on your feet is preferred. Staying on your feet is needed for movement. Shoot, move and communicate, right? It’s difficult to hit a moving target, so you should incorporate moving into your tactical repertoire, or what I like to call your tactical toolbox.

Yes, you should know how to shoot from the ground and from even awkward shooting positions, just incase you find yourself on the ground and in battle. But, as mentioned, staying on your feet with both hands on your weapon is best. 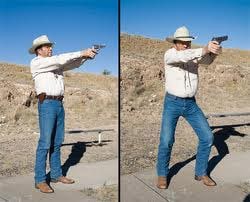 So what kind of stance is needed? What kind of stance is best? There are plenty of schools of thought here, from the modified weaver to the natural body stance. A myriad of people will have their own thoughts on what is good, better or best. What I’ve found as the very best stance contains this important principle: Your shooting stance should allow a stable platform to keep you from wobbling or falling down. Your foundation should enable you to keep your balance, and move rapidly. 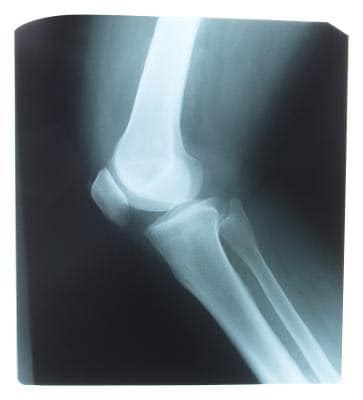 Stability is found in bone support, as well as ligament and tendon strength, each of which offers more strength and endurance than muscle. Here’s the technique: 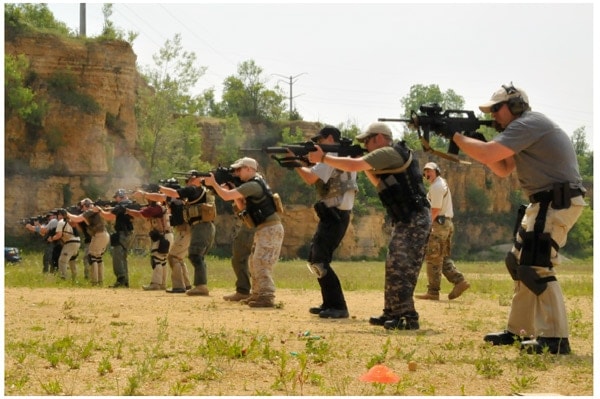 Ideally, your feet will be shoulder width apart, but if working around cover your feet should be slightly closer than that. Ideally, your hips should be facing your threat, but that’s not always mandatory. If, for instance, you’re walking and you need to shoot, your feet can be in a goofy-foot position (e.g. for a right-handed shooter the right foot would be forward), or vice versa, but your torso would be like the turret of a tank, able to twist about 260-degrees.

Lean forward with your feet flat for stability with your weight on the balls of your feet. This will allow you to move left or right, forward or backwards quickly. You should be bent at the waist, which will naturally give you a slight bend in the knee. Now that’s aggressive! 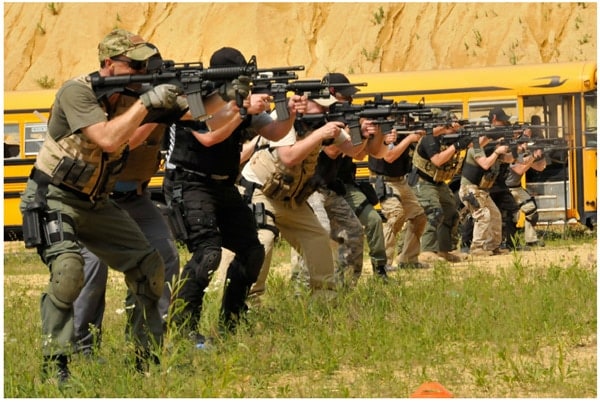 Unfortunately, too many people stand erect or even unnaturally lean backwards slightly to the rear. That’s target shooting, and not even good target shooting. Tactical shooting 101 requires a forward aggressive lean. This will help immensely in muzzle recoil control, allowing multiple shoots on target quickly. This aggressive stance will also give the shooter a stable platform under extreme stress when the natural body alarm reaction occurs, and the sympathetic nervous system kicks into flight or flight gear. An aggressive stance will help you not freeze. 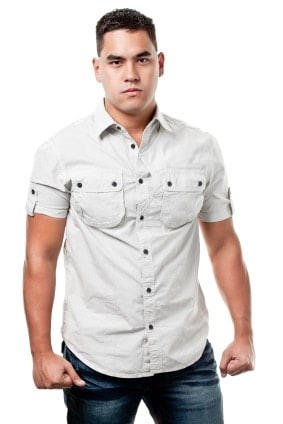 But, going along with the phrase Aggressive Action, changed to possibly appease legal rulings and people who don’t quite understand human dangerousness (such as administrators who’d prefer to hear shoot the head instead of the “face”), perhaps there’s another word even better suited. How’s this sound? Speed, Surprise and Assertiveness?

An assertive shooter is aggressive, but not necessarily violent. But an aggressive contender could mean a pariah cowboy or a bully. With that view and perspective, the word and act of assertiveness would be preferred.

However you look at it, or whatever words you prefer, in order to set yourself up for winning, you need to have an aggressive stance and an assertive attitude.