Why Congress Should Consider Cutting Funding to the ATF

The 2011 United States federal budget deficit is 1.65 trillion dollars.  The National Debt is 14.5 trillion dollars.  And Congress, which has been embroiled in a protracted dispute over solutions to balance the budget, has not agreed on any viable measures to address the country’s financial woes.  In short, the country is on the brink of financial ruin.

Elementary accounting would tell any individual who was in a similar situation, spending more than he/she was taking in, to either cut expenses or increase revenue to establish personal solvency (or a sensible combination of the two).  In looking at the federal government, anyone whether he/she is a democrat or republican can certainly fine some fat to trim.

However, the problem for many politicians is not how much we need to cut -because the numbers are pretty clear, $2.17 trillion in revenue, $3.82 trillion in total expenditures, the difference: negative $1.65 trillion – but what exactly we should cut to balance the budget.

Again, depending on one’s politics revenue-producing options, i.e. tax increases on the wealthy and/or closing tax loopholes, could also be on the table to defray cutting the whole $1.65 trillion from the budget.  Regardless though, cuts are necessary.  So the question then becomes what does Congress cut? 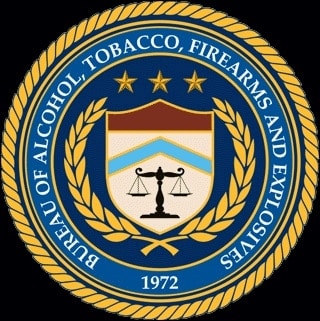 One place Congress should look to make some cuts is the Bureau of Alcohol, Tobacco, Firearms and Explosives.

Before one says this is a biased argument from a pro-gun website, he/she should ignore the usual arguments that will not appear in this article: the ATF’s unconstitutional origins, its scandal-ridden history leading right up to the current scandal Operation: Fast & Furious, its status as the redheaded stepchild of the FBI and, instead, just review the numbers.  As is often said, the numbers don’t lie. 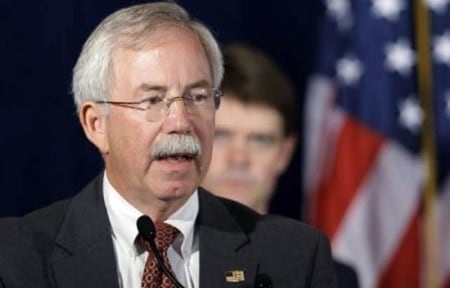 According to a March 2011 Fact Sheet, “ATF Staffing and Budget,” the ATF in 1973, had “3,829 full-time employees (FTE), including 1,622 special agents and 826 industry operations investigators.”  The agency’s budget back then was “less than $74 million.”  If one divides the budget by the number of employees to get an idea of the relative efficiency of the agency (using the $74 million figure), the number would be approx. $19,000/employee.

What’s the point of all this math?

Again, it relates to efficiency.  The operating budget for the ATF has gone up almost every year (see chart below).  However, the number of employees has remained relatively stagnant while the cost/employee has also risen almost every year, even when adjusted for inflation. 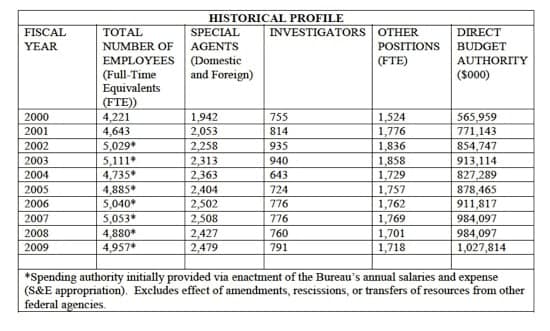 The next question, as it relates to the efficiency of the ATF, is does spending more money per employee equate to improved law enforcement?  Is there a correlation between dollars spent and the number of convictions?

The short answer to the first question is “no.”  And there is no direct correlation between dollars spent and the number of convictions, at least in terms of the real marginal increases that occurred over the years (one could certainly argue that if the budget of the ATF were to increase tenfold, to an Orwellian standard, the scope and reach would increase to such an extent that the aggregate number of convictions would eventually increase). 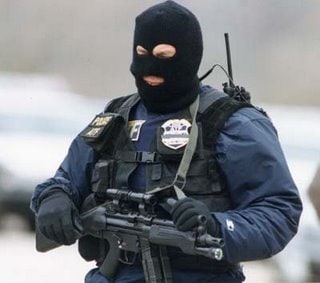 The basic argument here is the government is spending more money on an agency that is not producing more results (over the past decade the budget for the ATF has doubled).  Admittedly, there are certain limitations to tying the ATF’s efficiency to the number of convictions, as there are legal variables that are beyond the control of the agency.  However, in a period of economic instability where the U.S. is running up a trillion dollar budget deficit, continuing to spend more money on any government agency, especially one that has not been a sterling example of efficiency, seems unconscionable.

Even if Congress were to completely disband the ATF, they would only shave $1 billion off the budget deficit.  It would only be a drop in a very large bucket ($1.65 trillion), but based on its operating (in)efficiency it might not be a bad place to start looking.