Photographs and video recordings of Saddam Hussein shooting various guns up in the air during his days as the “leader” of Iraq were played endlessly during the lead-up to the first Gulf War, and again during Operation Iraqi Freedom.

But, when he was captured hiding in his rat hole on the outskirts of Tikrit on December 13, 2003, was he armed and, if so, with what? 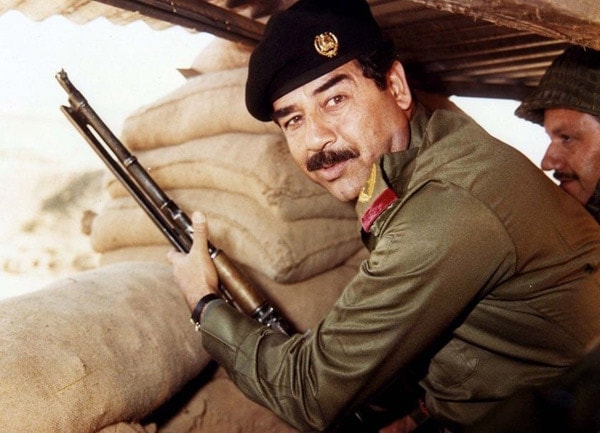 When our Delta Force guys ordered him out of that eight foot deep hole he looked nothing at all like the swaggering dictator we had come to expect. Instead, he sported a long shaggy beard and seemed disoriented and disheveled. At that point in time the war raging in Iraq was still, after ten years now, in its infancy, yet the capture of Hussein seemed to signal a turning point and gave everyone involved in the conflict the very real feeling that there was a light at the end of the tunnel. 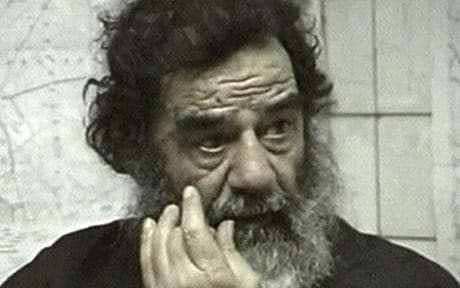 Following the mission that captured the dictator, the Delta forces had the Glock mounted in a glass case and they then presented it to President Bush. The president took every opportunity to show off the weapon whenever visiting dignitaries were in his office. He once said, “The Delta guys pulled it off Saddam.”

The pistol now resides within the Presidential Library in Lewisville, Texas, but soon will be displayed at the new library location on the campus of Southern Methodist University in Dallas. 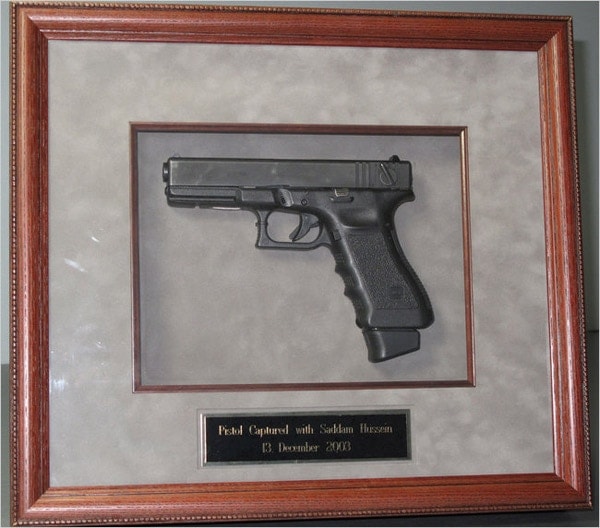 The new facility is scheduled to open its doors on September 11, 2013, the twelfth anniversary of 9/11. Technically speaking, the Glock belongs to the national archives, but it is on permanent loan to the presidential library where it is prominently displayed.

Mr. Mark Langdale, the president of the Bush Library Foundation, stated in an article for the New York Times that, “the gun is an interesting artifact, and it tells you that the United States captured Saddam Hussein and disarmed him, literally.” 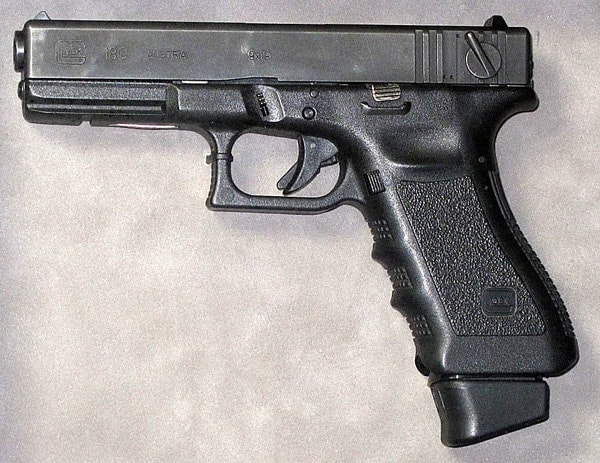 It would be almost impossible to put a price tag on the Glock Saddam carried, although you can bet your bottom dollar that it would fetch a sizeable amount. A new weapon for that model Glock sells for right around the $1,700.00 mark, if one can be found.

The difference between the relatively inexpensive semi-automatic Glock 17 and the Glock 18, is that the 18 has a fully automatic mode on a selector switch. The 18C model was further refined with kick-suppression holes on the top of the barrel to help in compensating for the barrel-rise while being fired on full-automatic.

Some law enforcement agencies in Europe do carry that firearm, the airport police in Rome, Italy being one of them, but the weapon’s tendency to jam in full automatic mode, as well as the issue with it being a fully automatic machine pistol, have pretty much taken it off the market here in the United States.

When our guys captured the dictator hiding in his hole and crawling on all fours, he was indeed armed with that pistol, but the Glock was unloaded. That is truly an amazing point, as Hussein often encouraged his people to fight to the death, yet he, when captured offered not resistance whatsoever. It sort of reminds you of the capture and killing of Osama bin Laden. After all the years of him sending his band of terrorists to do all the killing, and dying fighting the west, he used one of his wives as a shield when Seal Team Six caught up to him in Pakistan. The irony here is not lost on any of us, as we have come to understand the mindset of monstrous people who only use others to further their goals. In the case of Saddam Hussein, or even Osama bin-Laden, while they had no problems encouraging others to do their bidding, they were basically quivering cowards who had little or no desire to put themselves in harm’s way.