Year of the 1911 Miracle: Medal of Honor Recipient Reunited with Stolen .45 After 30 Years

The John Moses Browning Fairy has been waving (his?  Her?) wand around this year to the point of carpal tunnel.  But it doesn’t always have to pass over innovative and beautiful firearms, sometimes it can touch old, marred, used 1911s, too.

Such is the case as with the USMC-issued Colt 1911A1 SN#0103889.  Stamps faded, original grips lost and replaced, and re-blued finish, although it was made in 1914 so that’s cool.  Not worth much on the surface, and that’s exactly what made special.  “I decided to buy it in spite of the knocks against it, it was the only one I knew of with ‘USMC’ stamped on it.” 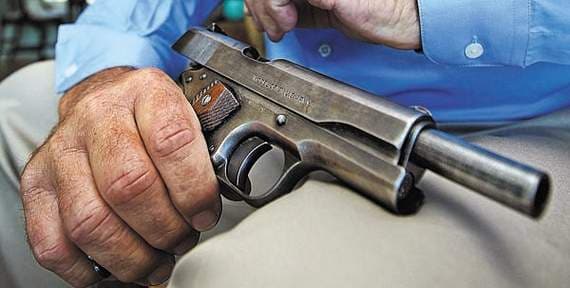 George Berry, 71, of Pennsylvania wanted to get an old military-issued Colt 1911A1, so he shopped around online and found a local auction website, and it had three such handguns up for bids.  The other two were in great condition, and so they were commensurately expensive.  He wound up with one in good condition, with a name stamped into the slide: “John J. McGinty USMC.”

Berry got curious, and gave the name a look-up.  Right off the bat returned the name of a Medal of Honor recipient, John McGinty of Oregon, also 71, so he decided he had to at least talk to the guy.  “His medal citation actually mentions the pistol,” during his service in Vietnam.  Berry called McGinty and asked if it was his pistol.  “He said, ‘Do you mean 0103889?'” 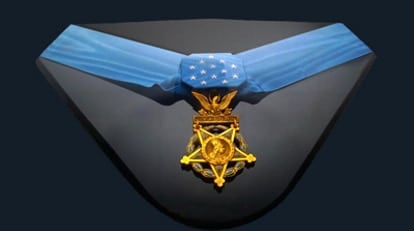 Thirty years ago, it got stolen, along with McGinty’s dress blues and sabre.  At this point, Berry knew he had to return it.  Happy ending ensued:

“Turns out that McGinty had a completely original Colt 1911 manufactured in 1918 that had been owned by John Finn, a longtime friend. Out of gratitude for having received his pistol back, he sent the Finn pistol to Medford for Berry to pick up last week.

“‘Can’t thank you enough for your kindness,’ read a July 24 note accompanying the weapon. ‘I have enclosed some cards and a challenge coin. The John W. Finn card was printed on the occasion of his 100th birthday. John passed away last year. 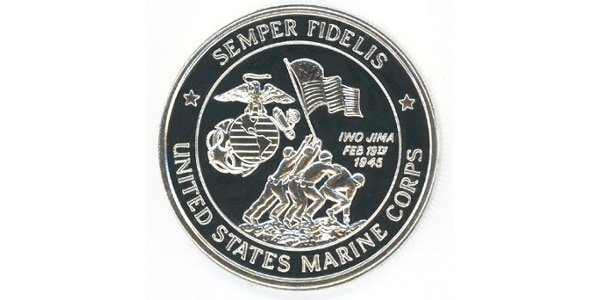