The event was important enough to have Prime Minister Vladimir Putin in attendance as this aircrafts inception had been during his term as President of the Russian Federation. The first public flights occurred August 17, 2011 for the new fighter that is the by-product of a joint venture with the Government of India. 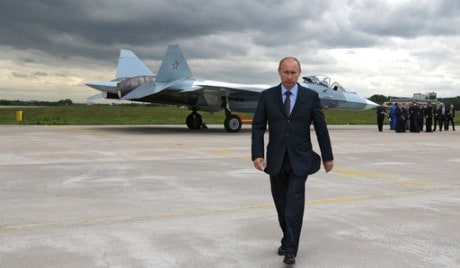 India has placed orders for the first 200 supersonic jets and the Russian Military, rumoured to be in for another 200, is moving from the ageing SU-27 fighter, and making the supersonic T-50 the replacement—boasted to be an alternative to the US F-22 Raptor and dramatically less expensive (though not that much less expensive when delivery is measured in decades).

The T-50 stealth fighter was originally scheduled for a 2007 unveiling but it has been dogged by technical problems, enough to delay the initial secret test flight to January 2010 and coincidentally the signing of the India- Russian alliance was in December 2009.  It appears that financing was required to complete the project and India, the Asian economic powerhouse has the cash and placed the first order for the fighters.  Ball is in your court now Putin.

The Sukhoi is expected to be in full production by 2015 and the plan is for 1000 total units but there are not a lot of silver linings ahead as the cost overruns are significant, and a number of industry analysts question the revolutionary technological claims of the Russian United Aircraft Corporation. It’s just a prototype lacking new engines and a new radar,” was the description by analyst Pavel Felgenhauer to the Associated Press news agency. And it must be said, Russians have earned a reputation for “unfounded braggadocio” to but it politely when it comes to their claims about new technology. 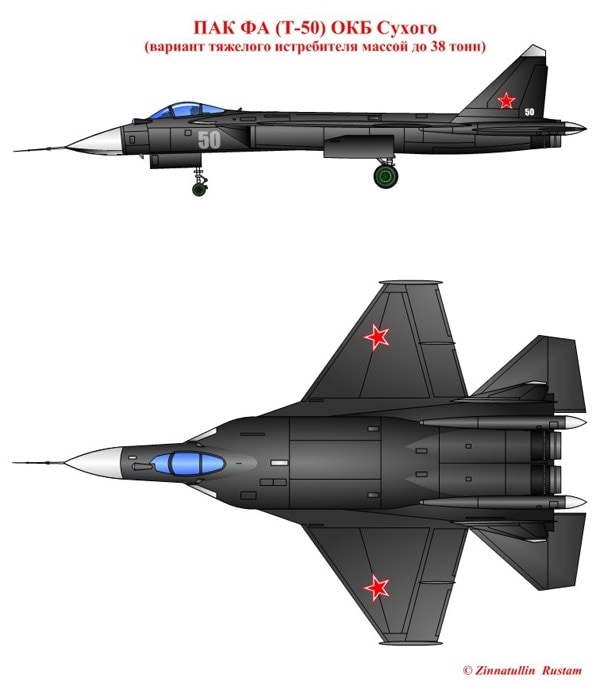 Financial experts indicate that a further $ 9.6 billion will be funnelled into the project but maintain that the fighters would not exceed a $ 100 million a copy.  The T-50 will include nonstop supersonic speeds using in-flight re-fuelling, the ability to handle all weather conditions and short take off of 350 yards. Attack capabilities are enhanced but not really much more effective than the US F-22 Raptor that has been around for 19 years and costs the US $ 140 million per plane. 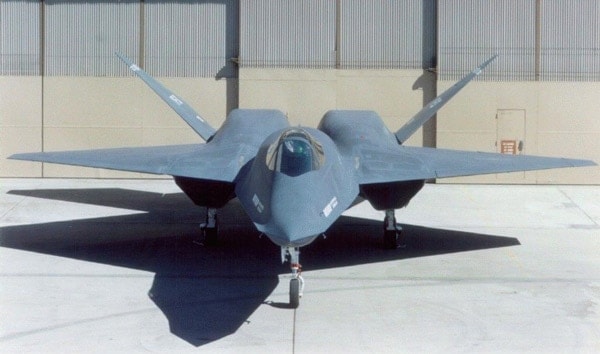 No question though, with the minting of the first Sukhoi T-50 Stealth Fighters, a new stealth fighter competition has begun.