All these questions were raised at a recent Santa Rosa, CA, community outreach event where the Santa Rosa SWAT Team allowed children to hold and examine the firearms they train with, carry, and use on a daily basis. 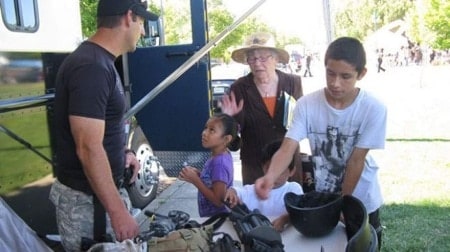 Upon seeing the children handling the weapons, several citizens stepped forward to voice concern.  One citizen, Attila Nagy, took pictures of the event and told FoxNews.com, “My main concern is for kids who handle these things. They’re fascinated by them, and it makes them familiar with guns.” 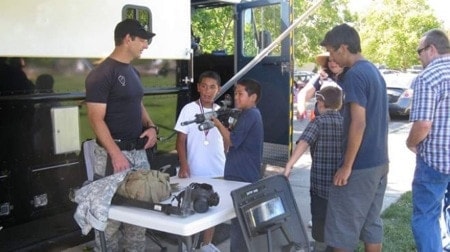 Elaine Holtz, who is pictured in some of the photos, confronted the officers to find out what was going on.  In an interview with FoxNews.com she said, “I would not want my child to be involved with something like that… Those guns, they should have been behind glass — to teach the kids that you don’t want to deal with this gun, because it kills.”

Santa Rosa Police Capt. Gary Negri stepped forward and addressed questions related to the event.  First and foremost he assured the public that “The weapons are rendered safe and are unloaded. We ensure the safety of those weapons.” 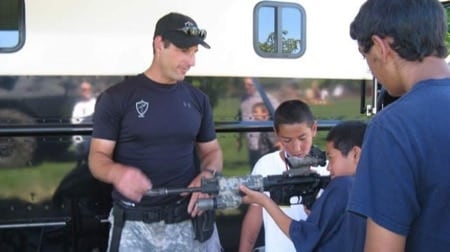 He also added, in the interview with FoxNews.com, “Education and gun safety is a component of what we do… We teach kids the difference between a real gun and a Toys R’ Us gun.”

However, Nagy – the individual who took the photos – witnessed what he believed to be more of a free-for-all than a structured educational environment.

“It wasn’t a safety thing,” Nagy told Foxnews.com, “That’s misinformation. I was there. The gun was displayed, and kids just picked it up and played with it.” 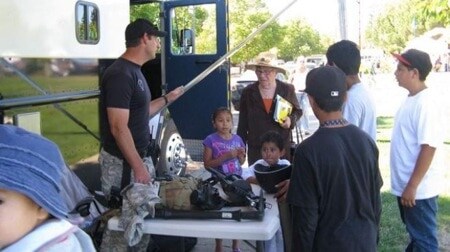 Whatever the truth is regarding this particular situation, whether it was too loose an environment or an adequately supervised instructional environment, one thing that is certainly clear is everyone has an opinion about when (and if) and in what contexts children should be exposed to guns. 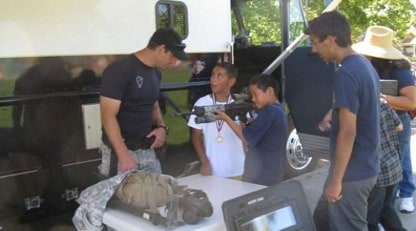