Earlier this morning (our morning, their lunchtime) rebel forces swarmed Gaddafi’s last compound in the capitol city of Libya, Tripoli.  They are currently in complete control of at least four neighborhoods in the fairly large city, but the fact that they have the rousted leader’s headquarters is telling.  Despite a few loud outliers, support for the regime is at an all-time low. 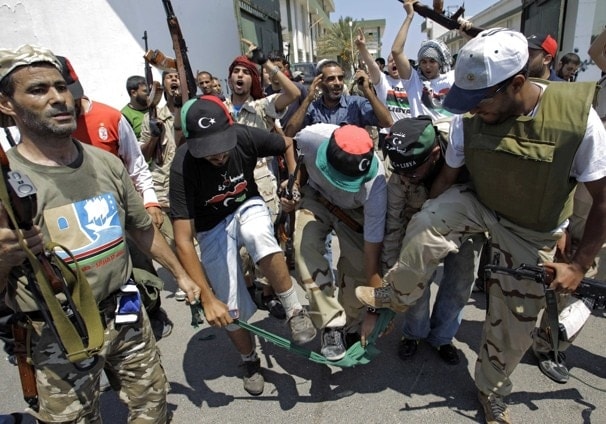 Yesterday, with resistance fighters at Tripoli’s gate, Gaddafi’s son and political leader, Saif al-Islam, made the bold and unconvincing statement to journalists at the Rixos Hotel, that the government had “broken the backbone” of the rebel offensive and that his father’s supporters were winning the battle.  The State Department had just issued a proclamation that the regime was all but dead, and today probably cinched it. 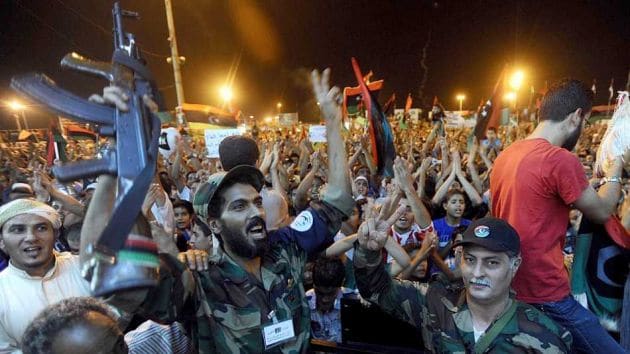 But we’re not going to say shut-out just yet.  Gaddafi hasn’t been captured, and that’s when the regime will have truly and completely been defeated.  Still, nobody, probably not even his (sane) supporters, suspects he has much time left, as much of his once-loyal Libyan military has turned and joined the resistance, tired of shooting at civilian targets and other Libyans, and in some cases, burying people alive.

There even seems to be some self-assurance about his capture in Gaddafi’s last statements to Libyans: “‘I will stand trial for years I served as a minister in the Gaddafi government,’ he told a news conference in Benghazi.  He advised Libyans to be tolerant, saying they should ‘avoid taking matters into their own hands and… abide by court rulings’.”

People are already celebrating, in small and private ways.  One British woman living in Tripoli said, “Everyone’s in their houses waiting to come out.  Really, we’re celebrating indoors… Believe me, the Libyan people are 90% with the opposition.”  An ex-Gaddafi officer responded to the question how long until Gaddafi is captured with, “Maybe tonight, maybe two days, maximum.”

You know, you dad won’t fault you if you put up that hat for auction on eBay.  Something tells us he won’t mind being stacked.