Like most issues concerning homosexuality and its relative stance within the constructs of an organized religion, this is a story about inclusion and exclusion.

By day, Dirk Winter is a 44-year old beverage wholesaler from Munster, Germany.  By night, and really in his spare time, Dirk is an award-winning marksman.  In fact, in the past year Dirk won a local competition at a Catholic-sponsored shooting club and was crowned “Schutzenkoenig” or “king of shooters” for his region. 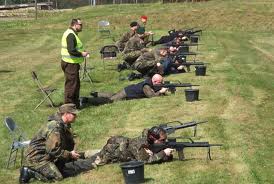 Now Dirk must compete against the other regional “Schutzenkoenigs” on a national stage.  However, there is just one obstacle standing in the way of Dirk’s participation at the national competition: his queen selection.

Undoubtedly, every king should have a queen.  And at these popular Catholic-affiliated shooting clubs it is not uncommon for the shooting king to parade around and be seen with his queen at social functions and gatherings, etc.  But Dirk’s queen selection isn’t a traditional choice.  It’s, as one may say, an “alternative” choice. 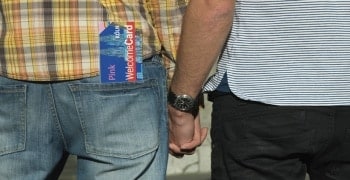 Dirk – after being first rejected by a platonic female friend who urged him to crown his real lover – chose his longtime male partner Oliver Hermsdorf.

So, instead of a king and queen, what they had on their hands was a classic case of King & King (if one can recall that famous children’s book). 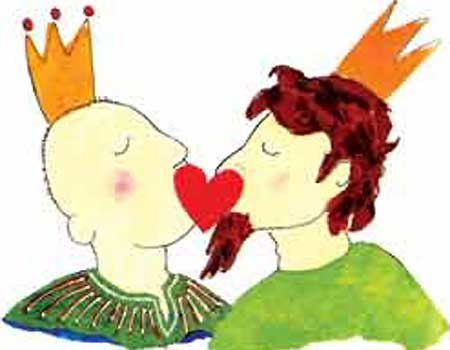 For those that don’t know, Catholicism teaches, according to Catholic Answers, “every human being is called to receive a gift of divine sonship, to become a child of God by grace. However, to receive this gift, we must reject sin, including homosexual behavior—that is, acts intended to arouse or stimulate a sexual response regarding a person of the same sex. The Catholic Church teaches that such acts are always violations of divine and natural law.”

Needless to say, after choosing his king, Dirk was in a precarious situation.

The local auxiliary bishop of Cologne, Heiner Koch, initially sanctioned the decision with the caveat that as long as Oliver walked a few steps behind Dirk and the two didn’t appear side by side at the local events everything would be copasetic. 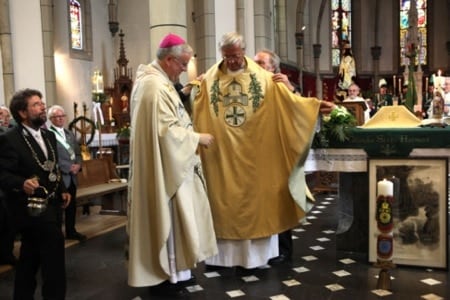 But now that Dirk is headed to the national stage where more eyeballs will be watching, church authorities along with the club associates are rethinking their decision and his right to compete is hanging in the balance.

Rolf Nieborg, a spokesman for the Association of Historic German Shooting Clubs (BHDS), told the Hamburger Abendblatt newspaper that “Before competing he signed a questionnaire stating that he subscribed to Christian values and lived by the motto ‘Faith, Tradition and Home.”  And now they are contending that he has violated that agreement by selecting a “king” instead of a traditional “queen.” 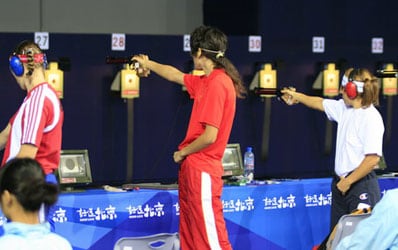 When asked to comment on the situation, Dirk told the Berliner Zeitung newspaper that he found the “whole drama silly.”

Although most involved with the BHDS expect Dirk to attend the national competition, a formal decision will be made regarding Dirk’s right to compete when the Bishop returns from vacation.