Cory Booker, mayor of Newark, New Jersey, and Stop Shootin’ Music, an anti-gun-violence non-profit with an honest-to-God Myspace page (as their primary website nonetheless) hosted the first “successful” toy gun exchange, which is pretty much what you think it is; kids give up their leaky water pistols and other guns they’ve outgrown for new toys that are worth more.

Conveniently, at the time of the event, word spread that a nearby grown person had shot himself with his own firearm.  Attendees were largely parents and kids involved with the event, although a few people in the neighborhood swung through for a look. 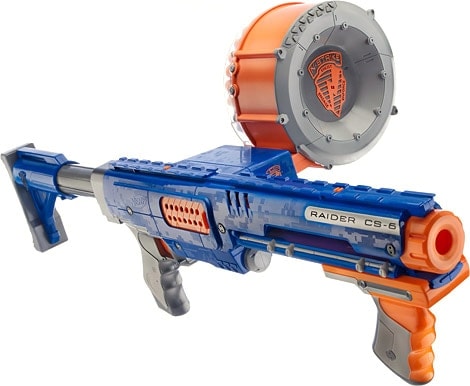 This is a precisely-tuned wedge right here.  You know how people are going to react to this without even staging the event; some people are going to get on it, appreciate the message that kids should be good kiddos and stick with toys that don’t emulate violence, and at the extreme of that side, a few people are going to declare this as the most brilliant event of all time and that parents who give their kids toy guns should be charged with child abuse.

On the other side, people are going to say this is a way to influence kids away from the positive elements of shooting and gun ownership, and may condition kids to react affirmatively to giving away toy guns and possibly real guns or gun rights.  The extreme there is going to declare this the most evil phenomena of all time and demand that Americans should rise up against this with the promise of real gun violence. 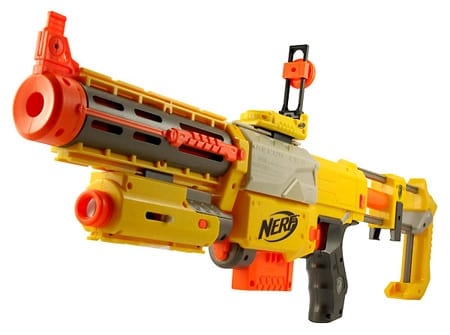 We’re not going to tell you where we stand in that spectrum but we are Guns.com and that’s gotta be a decent hint right there.  We will say this: of all the things for a Newark Mayor to get all up in, this ain’t that bad.  Really, a googling of the words mayor, new jersey, corruption, and scandal in any combination will keep you busy for months.

Right now, in Elizabeth, New Jersey there is an ongoing district-wide investigation of mass school lunch program fraud, and the Middlesex County sheriff’s department’s ex-sheriff and two of his staff have been indicted for a twelve-year stretch of corruption and bribery.  Remember, this is the state where mayors get together with rabbis to launder money made running organ-dealing operations.  So yeah, it could be worse. Why, one mayor is currently being sued by the ACLU for not disclosing how he distributed a $100 million donation from Mark Zuckerberg of Facebook to New Jersey schools.  And that mayor is, drumroll… Cory Booker.

Lastly, we must keep in mind that toy guns just aren’t the same as they used to be*.  Not with video games these days.  Sure, they might be out an old rubber-band-flinger, but have you seen the shit an Xbox can do?  There’s no contest.  It’s hard to imagine after a dozen Calls of Duty that kids have any doubts about how much fun guns are.  We’re pretty sure that in the end, the kids are alright.  (Save for the fact that they live in Compton.)

*This is not true for modern Nerf guns.  Those rock harder than ever.