Every once in a while you see an object that evokes emotion.  They say that’s what art is, but then does that mean that something not intended to evoke emotion can be art?  Are these aesthetic because they’re functional?  Something for other people to spend their time thinking about.  We just think these are pretty.  (Even the beat-up ones.)

Craig Gottlieb Auctions is (gasp) auctioning off over thirty small arms, all of WWII design or earlier, from many different nations.  The United States makes its presence felt with several Colts, but there are Smith & Wessons, Walthers, Femarus, Lugers, St. Etiennes, and even Sharps in this eye-popping collection: 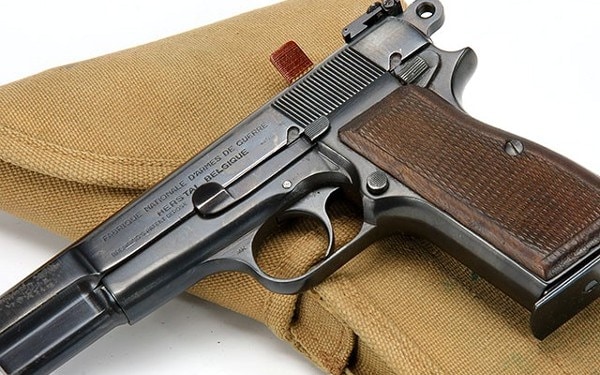 “The pistol is Waffenamt marked A140 and is eagle nitro proofed. Matching numbers. The rear site has been changed to an adjustable precision unit with adjustment directional information in English.  Included is a canvas military holster (not German).   The holster is Canadian WWII issue, and was most likely produced in Canada by the John Inglis Company in Toronto.” 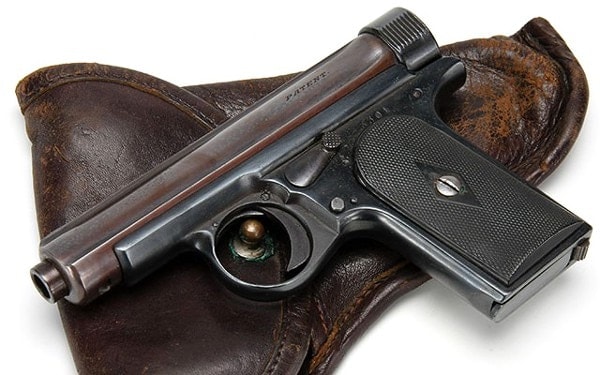 “This is virtually a 99% conditioned gun.  As is the case with all early Sauer pistols, the gun was made to extremely high standards of fit and finish.  High polish finish in a rust-blue is in virtually mint condition.  Grips are perfect… Comes complete with a very soft glove-leather holster.  Interior of the holster is marked Rassmussen in thick ink (a previous owner’s name).” 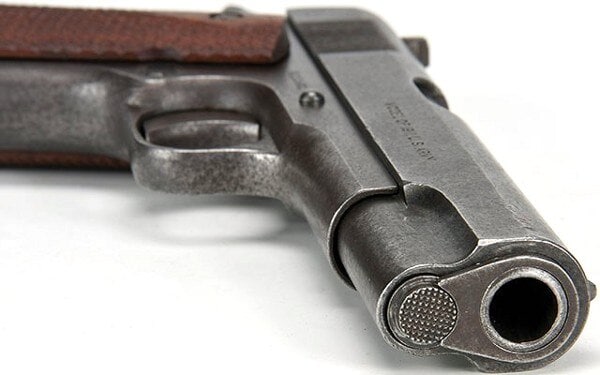 “This is a Colt “United States Property” marked pistol.  Serial number is 206680 which indicates this gun was produced in 1918.  Gun shows considerable wear and age, and has a set of replacement wood grips.  The gun is fully functional (we test-fired it), and is a perfect range gun with history behind it.” 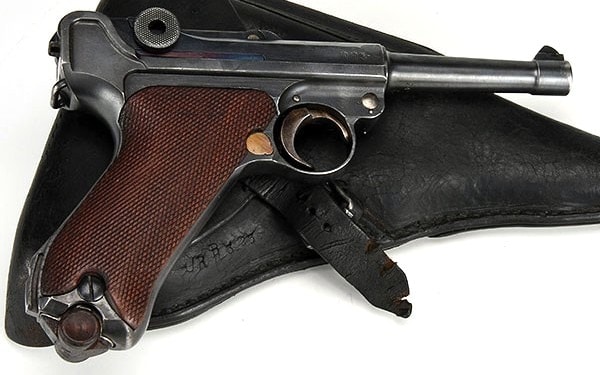 “Oustanding conditioned 1921 dated Luger, chambered in 9mm.  Blued finish is 90% with only light holster wear. Wood grips are perfect, with matching wear to the gun.  All numbers match, except the WWI era clip, [sic] which is mismatched.  ‘Strawed’ parts retain almost 100% of the straw finish.” 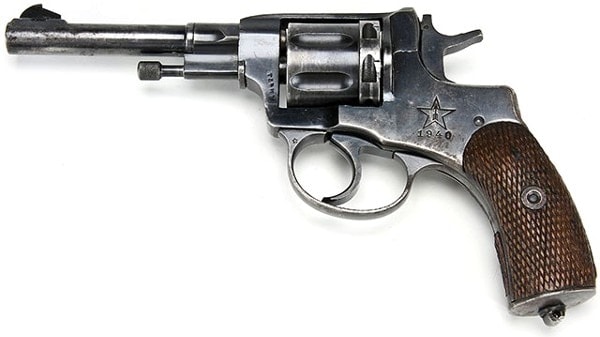 “This pistol is a 7 shot gas-sealed revolver designed and produced by Belgian industrialist Leon Nagant for the Russian Empire originally in 1895.  It features an unusual “gas seal” sysem in which the cylinder moved forward when the gun was cocked to close the gap between the cylinder and the barrel, providing a boost to the muzzle velocity of the fired projectile, and allows the weapon to be silenced (an unusual ability for a revolver)” 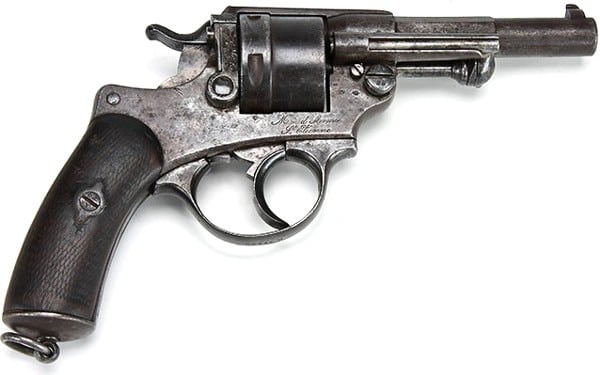 “The 1873 Chamlot-Delvigne was the first double action revolver used by the French army.  Produced by Manufactre d’armes de Saint Etienne from 1873 to 1887.  Used throughout WWI and even during WWII.  It fires an 11MM cartridge.”

…And that’s just the first half-dozen of the auctions.  To see more than two dozen others, and hell, bid on these amazing firearms go check out Craig Gottlieb’s firearms auction.  The bidding starts September 1st and ends on the 17th.  Also, props to the mad photography skills at Casa de Gottlieb; we’re going to try and see if we can’t rustle up some wallpaper-sized photos for your and our desktop pleasures.