The Other .38’s: Short, Long and Everything in Between

“I have this old .38.” I can’t tell you how often I have heard that statement in person before or have seen it posted online. While it usually means that the gun they’re speaking of is a .38 Special, occasionally it is one of the other .38 revolvers out there. They can be confusing so here is a run down of those other .38’s. 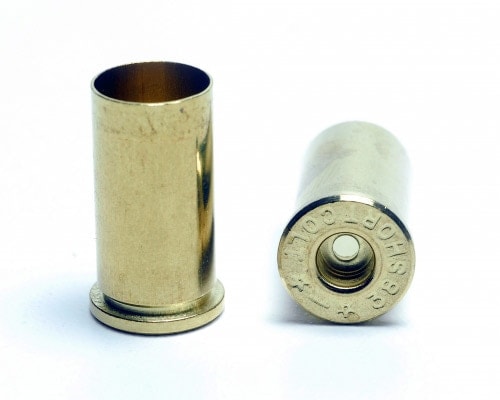 The .38 Short Colt is one of the true old timers, originally designed for the cartridge conversions of the 1851 Navy Colt it has been loaded for well over a hundred years and counting. It started off with an outside lubricated bullet of .375 of 125 or 130 grains depending on the maker with a muzzle velocity of 775 fps. 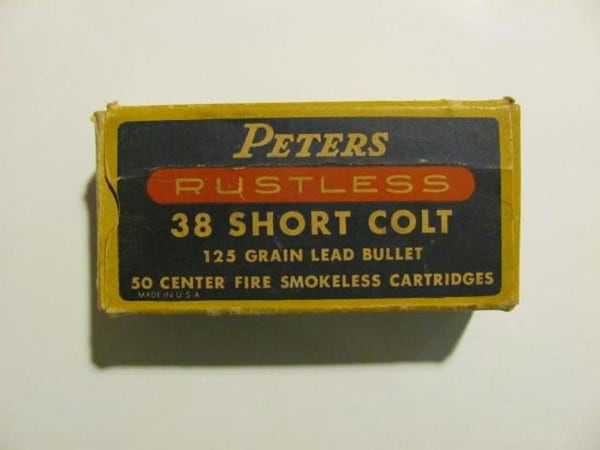 The offspring of the .38 Short Colt was the .38 Long Colt, which holds the honor of being considered the worst handgun cartridge in U.S. Military history. During the Philippine Insurrection the revolvers chambered in .38 Long Colt were frequently emptied into hopped up Moro’s with such disastrous results that they were dumped in favor of the Colt Single Action Army in .45 Colt. 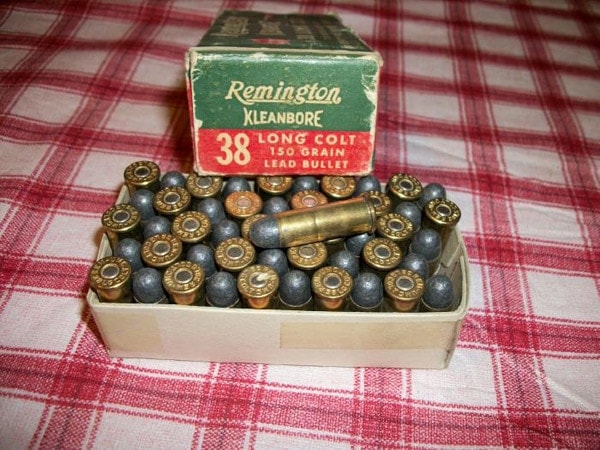 The .38 Long Colt originally had a hollow based bullet that would expand to grab the rifling. The 148 grain bullet had a velocity of about 800 fps. The only good thing that ever came from the .38 Long Colt was that it was the springboard for the .38 Special. The .38 Long Colt can be fired in a .38 Special, as can the newer loadings of the .38 Short Colt with a standard lubricated pistol bullet. 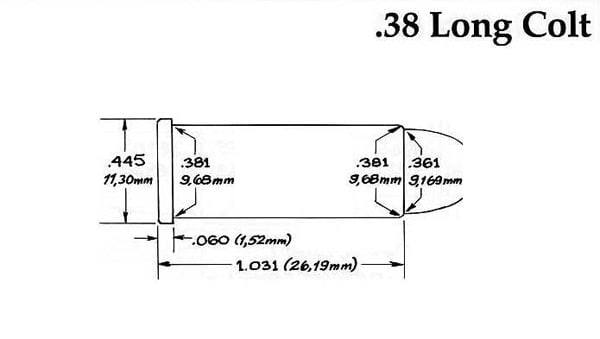 Next up is the .38 S&W, which has often been confused with the .38 Special. In 1875 Smith & Wesson began producing its First Model “Baby Russian” chambered in the new .38 S & W which while underpowered today, was a sure sight better than the .22 and .32 rimfire pocket guns of the day. Originally loaded with 9 grains of black powder and 146 grain lead bullet it had a muzzle velocity of 740 fps, an even match for the .38 Short Colt. 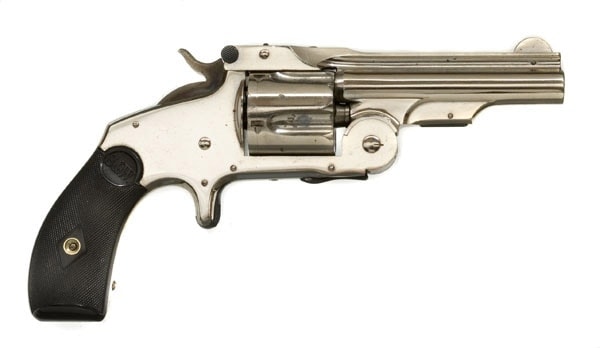 Of all the oddball .38 revolvers, the .38 S&W was by far the most popular with millions of pocket revolvers made and many of these are still out there to this day. The .38 S & W was picked up by the British military and served all the way through World War II as both the .380/200 Cartridge Revolver Mk. I and later as the Cartridge Pistol .380 Mk. IIz. Smith & Wesson chambered their Military & Police revolver in the .38 S&W and well over 125,000 ended up in the hands of our allies, later to serve in foreign law enforcement agencies such as Hong Kong and Singapore well into the 1970’s. 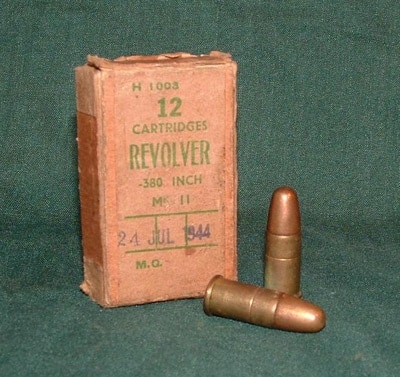 To add even further confusion was the round known as the .38 Colt New Police, which, while it has a different headstamp on the cartridge case and a flat pointed bullet, it is in every way identical to the .38 S&W. Colt chambered their Police Positive revolver in this caliber and while the .38 Colt New Police isn’t loaded commercially anymore, the .38 S&W shoots perfectly well through them. Colt just didn’t want to give their rival in those days any free advertising. 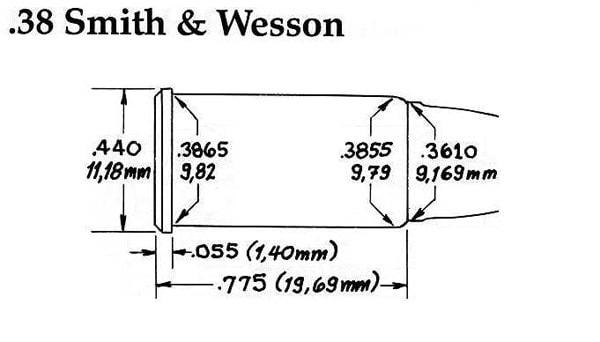 As to interchangeability this is where it gets very dicey. The .38 S&W and the .38 Colt New Police cannot be shot in a .38 Special because they have a different bullet diameter, .361 to .358, despite the fact that thousands of .38 S & W Smith & Wesson revolvers were rechambered to .38 Special. The bores are different and it will result in split cases. 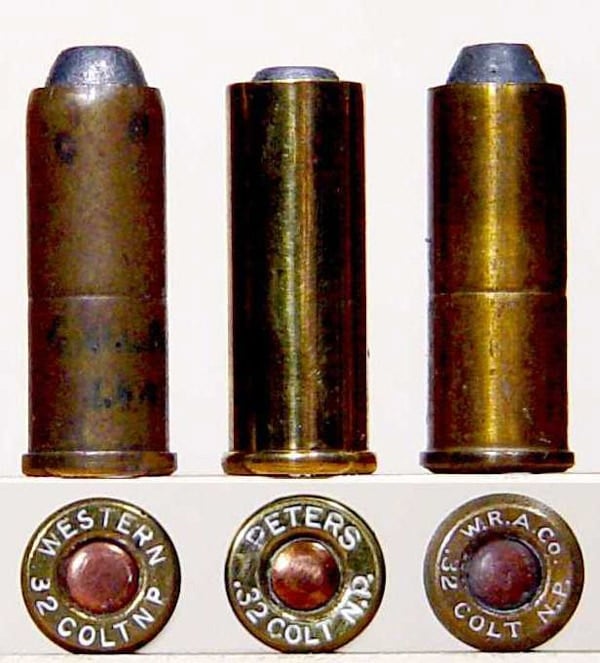 The .38 Short Colt cannot be shot in a .38 S&W even though they look very much alike; their cases are slightly different as is the bullet diameter. I know many people who have done this before, but that is their choice to risk their firearm and safety. I won’t, given the fussy nature of some guns out there. 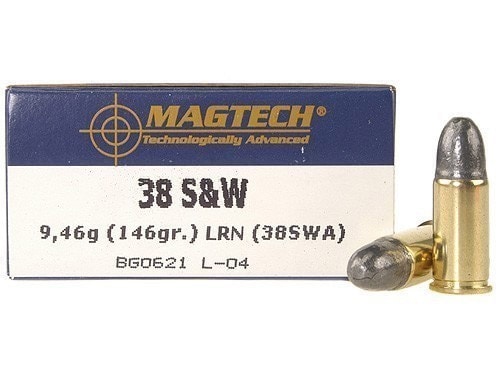 The .38 Short and Long Colt can be shot in a .38 Special, although the accuracy is not the best because of the long bullet jump to where it engages the rifling. Some people swear by them for practice, but it is much cheaper to actually reload .38 Special cases than to shell out the money for these old cases.

So there you have it, I hope I have cleared up some of the confusion out there regarding the myriad of these old .38 rounds. It goes to show you that you need to be careful and make sure you identify the exact round to the gun you will be shooting it out of. As with everything else, a little knowledge can go a long way.