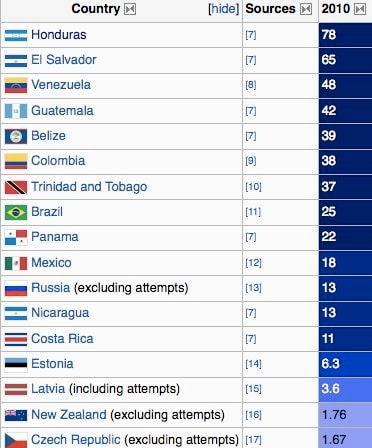 Many believe the violence in the country is directly related to the country’s lax gun laws and the relative abundance of unregistered firearms.   An article published by the National Commissioner for Human Rights in Honduras mentioned some of the statistics with respect to the number of firearms in circulation.  The article stated that there are more than 850,000 weapons in circulation, of which only 258,000 are registered. 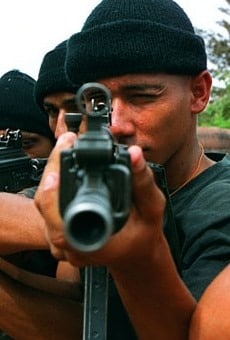 But are the unregistered guns and the laissez-faire gun laws mainly to blame for the violence?  Or is the violence symptomatic of larger societal, structural and governmental woes?   In other words, it seems easy to try to quantify the violence in terms of number of unregistered firearms or in terms of too few gun laws.  But, as one can imagine, living in a third-world nation with institutional corruption (both in terms of the police force and government officials) is not easy and a firearm, whether obtained legally or illegally, may be the only means one has to protecting himself/herself. 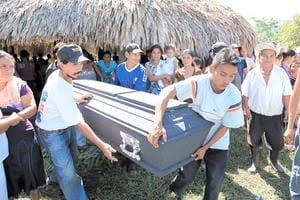 Now, that’s not to say that illicitly obtained guns do not play a role in the violence, but Honduras has become a hotbed for criminal activity not solely because there are almost a million guns and lax gun laws.  To argue such seems limited when there are certainly other factors in play.  Put another way, it would be naïve to assume that more gun laws and fewer guns would stymie criminal in a country where the rule of law is not widely respected or backed by a fundamentally sound Constitution. And until Honduras addresses all their problems, they can expect to suffer from continued economic strife and protracted violence. 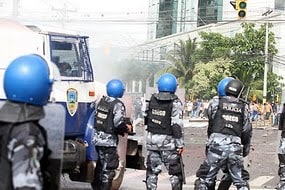 However, due to its lawlessness and instability, and in the context of the larger international community, Honduras becomes a threat – not as a unified country, but as a facilitator for international criminal activity.  As one knows, gun trafficking is a favored pastime for criminals.  And it should come as no surprise that many of the guns being trafficked in the region are being sourced back to Honduras.

As the article stated:

An investigation by Guatemala’s Attorney General found that the majority of weapons seized in Guatemala are sourced from Honduras. So many illegal weapons have been seized by Guatemalan police, reports La Prensa, that the Department of Arms Control can no longer hold any more in storage. In the space of just three months, the department has been forced to increase its storage capacity by 50 percent. 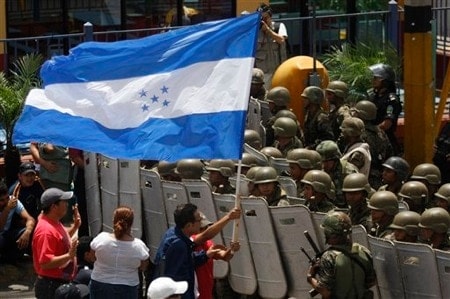 The question of how to thwart gun trafficking through, by all accounts, a failed state is not an easy one answer, especially if you’re the U.S.  Do you intervene in someway?  Do you continue to supply foreign aid to the country in the hope that they’ll eventually get their act together?  Do you supply arms to those in power to prevent an insurrection and to aid in the crackdown against drug cartels and gun trafficking? 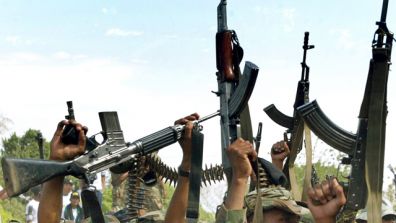 For the record, the U.S. has supplied arms to Honduras.  In a 2008 transmission – leaked by WikiLeaks – between Secretary of State Condoleezza Rice and the US Embassy in the Honduras, Rice mentioned a “possible unauthorized diversion, misuse or failure to secure” U.S. weapons supplied to Honduras.  Those weapons, which included light antitank weapons (LAWs) and grenades, were later found in Mexico and Columbia.