One can spend a lot of time trying to accurately articulate the relationship between knives and guns.

For example, is it a symbiotic relationship like a pilot fish and shark, where there’s some type of mutualism in play?  Does owning a gun and a knife improve one’s survival in a reciprocal fashion where the function of the gun improves the function of the knife and vice versa? 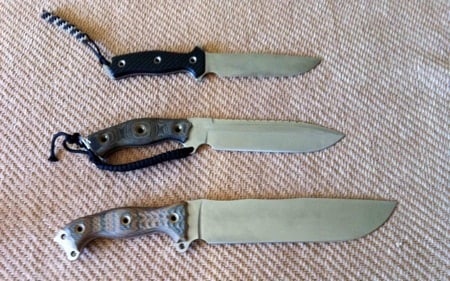 One assumes here that although the game is most likely to be killed with the help of a firearm, at some point the game will need to be gutted or dressed and to do this without a knife would be exceedingly difficult.  Likewise, killing an animal with just a knife – while doable – is not ideal. 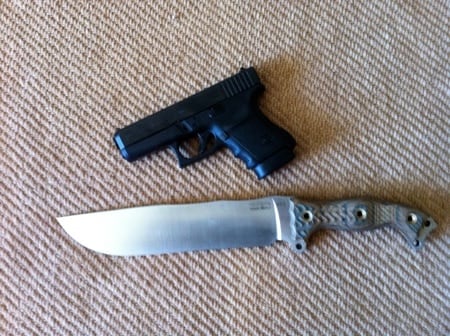 Is it a traditional relationship based on a shared history?  Dating back to wars and conflicts where the gun, to some extent, replaced the main function (i.e. kill and or maim the enemy) of swords and other bladed weapons?  One can argue that they’re both products of war and form a large part in the evolution of war and conflict. 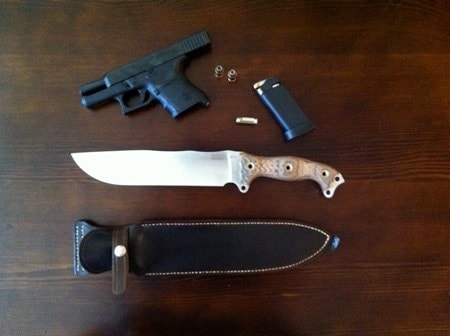 Or is the relationship like a peanut butter and jelly sandwich, where the two just inextricably go together and trying to effectively explain why they go together is an exercise in futility?  Of course, the PB&J may be a poor analogy given the recent rise in nut allergies, no doubt that one bears witness to the ostracized child eating a PB&J sandwiches minus the PB at lunchtime in schools, in which case one can find a supplementary analogy that might represent something equally inextricable and inexplicable, i.e. Burgers and fries? 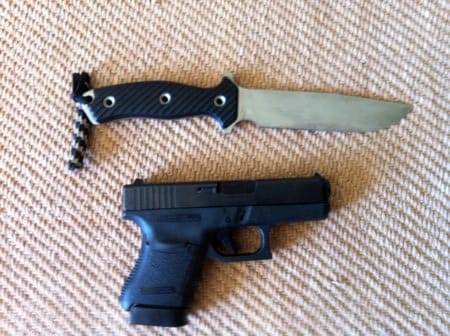 Whatever the relationship may be, one can at the very least, acknowledge that there is, indeed, a complementary relationship.  And in the end, this might be all that needs to be said on the matter. 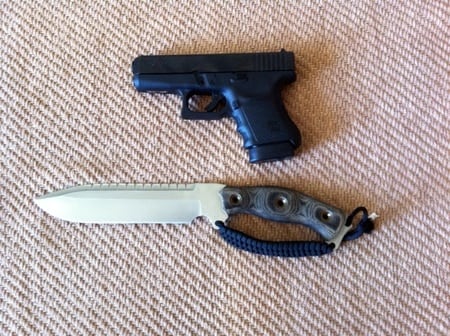 But then again if it’s not satisfactory, one could probably find some solace in numbers and statistics.  That is to say, if a comprehensive research study were done to determine how many gun owners also owned knives one could be sure it would be a fair majority. 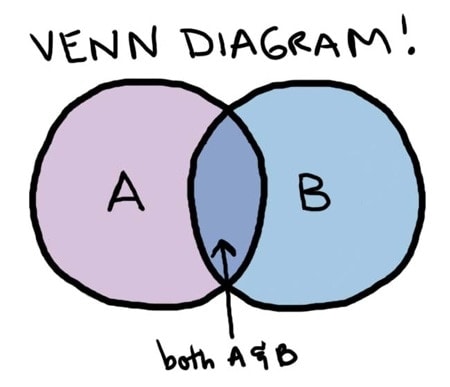 Put another way, if one were to draw a Venn Diagram of gun owners and knife owners proportional to the number of gun owners who also own knives, it would probably look like a total eclipse, with only a small margin in each outer rim representing people who exclusively owns guns or knives.  Does that make sense? 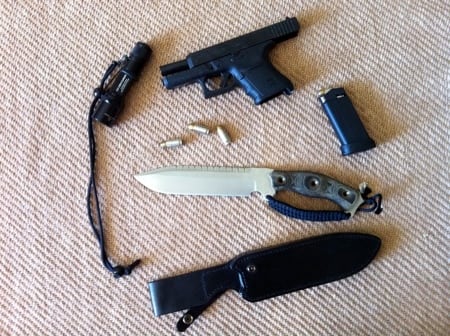 If not, the point is if you own a gun, you probably also own a knife according to a comprehensive study not yet conducted. 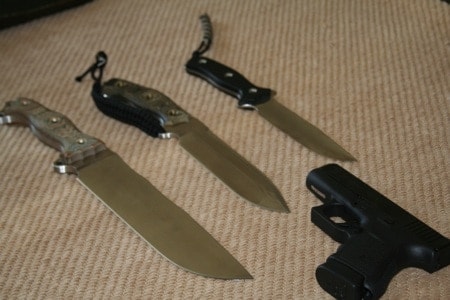 Which brings one to the central point of this article – which is based on the premise that good journalism is not about providing the right answers, but asking the right questions – in this case, to ask you – the reader – the following questions (in addition to the more rhetorically worded ones in the previous paragraphs) to help further define the knife-gun relationship: 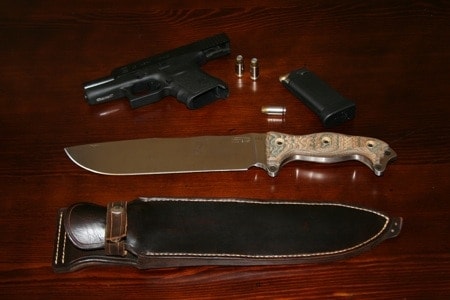 What knives do you prefer?  And why?  In what way to you see the relationship between knives and guns?  Does one take precedence over the other?  Some, for example, say, “that guns come and go, but knives last a lifetime” (others say the exact opposite).  Also, if you are just a gun person or, perhaps ironically, just a knife person (who happens to be reading a Guns.com article on knives and guns) why do you choose to collect one and not the other?

– The knives and the gun pictured in this article belong to the writer S.H. Blannelberry.

– The writer of this article sincerely apologizes for the lackluster photos.

– The idea of a “study yet to be conducted” is meant to be humorous and not a credible source to substantiate why many gun owners also own knives.

– Feedback to this article in the form of ultimate knife-gun combos would be greatly received and appreciated.