SEAL Pup Won't Leave His Master's Side, Not Even for the Funeral

On August 6th, 2011, was one of the greatest losses of life in a single accident to ever affect the U.S. military in Afghanistan, and 30 troops died in a Taliban attack on a Chinook helicopter.  In a bittersweet reminder that loss doesn’t just hurt people, Jon Tumilson, a SEAL who died that day, had a very close friend mourn at his funeral. 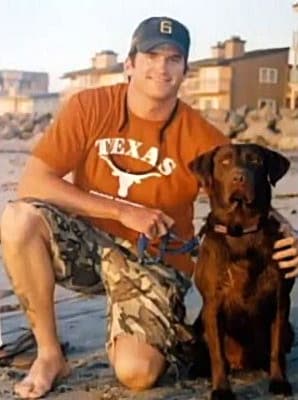 His dog Hawkeye. His cousin, Lisa Pembleton said, “I took this picture and that was my view throughout the entire funeral. I couldn’t NOT take a picture.  It took several attempts since every time I wasn’t crying and could focus on taking it, there was a SEAL at the microphone and I didn’t want to take a picture with them for security and respect reasons. Our family is devastated to say the least.”

More than 50 other SEALs attended the funeral, one of too many following the Taliban attack.  Said one speaker, “From a young age, J.T. wanted nothing more than to be a SEAL.  I didn’t realize the depth of his desire until I stepped into his bedroom at his parent’s house for the first time. His room was a shrine… pictures, paintings, books and videos all related to being a Navy SEAL.”

Of course, there have been reports since that the Taliban responsible for the attack have been tracked down and killed, but that’s only so much consolation.  “This does not ease our loss, but we must and we will continue to relentlessly pursue the enemy,” said General John Allen.

After days of special operatives tracking them down, an airstrike was called over their position, and confirmed the strike took out their leader, Mullah Mohibulla, along with at least twelve other Taliban soldiers.

A letter from his family: “Jon was a Navy SEAL and he was proud to die this way—for his country and for the people he loved so much.  We respect the nature of their jobs and the need to protect these men and women so they can continue to serve our nation; therefore, we will not provide details of Jon’s military service.”

Hawkeye’s getting taken care of by one of Jon’s friends. 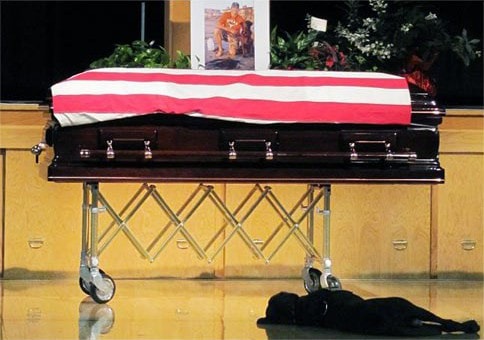 Jon Tumilson will always be known as a fighter and a hero, and a loving dog-owner.  A man who died serving his country, and he will be missed.  For more about him and the other casualties of the August 6th attack, the AP has a photo and written portrait of each of the thirty fallen. 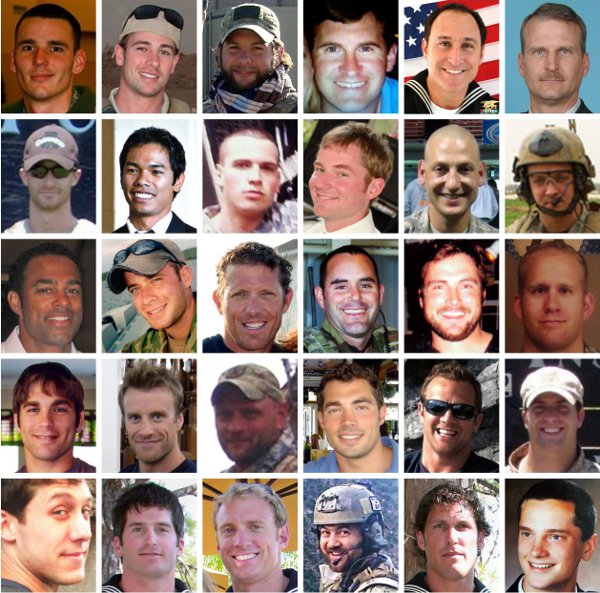