On April 19, 2009, in the predawn hours of the day Robert Johnson Fox, 20, and his accomplice Brain Corbin smoked methamphetamine and armed themselves with knives in preparation for a robbery where they were “looking to steal anything to buy more drugs,” according to Corbin’s testimony.

The two men targeted Southwest Auto Sales at 2444 Platte Place, Colorado Springs, CO, a small auto shop that had seen its fair share of burglaries and break-ins in the weeks leading up to that fateful morning.  In fact, the week prior, thieves broke into the shop and stole keys to buildings and keys to customers’ automobiles, according to the Colorado Springs Gazette.

The owner of the shop Jovan Milanovic decided that enough was enough.  Milanovic, along with his father Ljuban Milanovic and his brother-in-law Srdjan Milanovic, opted to personally watch over the shop on a nightly basis with the assistance of a semi-automatic Heckler & Koch rifle. 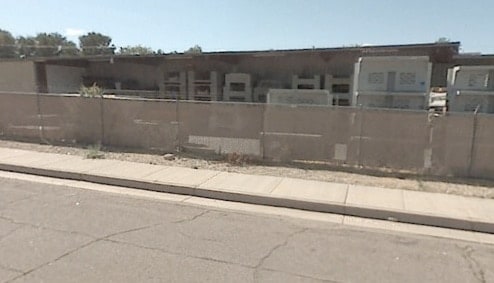 Therefore, when Fox and Corbin hopped the fence and landed in the lot they were greeted with a welcoming party they did not expect.  Corbin, in his testimony, said he saw “two armed men charge out of a building and run in their direction, one of them shouting ‘we’re gonna get you’ in an obscenity-laced threat as someone fired four gunshots” according to the Gazette.

Cobrin escaped.  Fox did not.

Fox was hit in the heart with a .45 caliber round while hiding inside a small shed.

The police filed a 145-page report on the shooting.  And after reviewing what had transpired that morning, the 4th Judicial District Attorney’s Office decided not to file charges.  The case was then kicked over to a grand jury, which also declined to try the 3 men in criminal court.

After a lengthy trial, followed by 2 ½ days of serious deliberation, the Jury found that Fox’s death was the result of “willful and deliberate” action by both Jovan Milanovic who fired the rifle that killed Fox and Novak who had brought the rifle to the shop.  And although Colorado law states that deadly force is justified when there is “reasonable belief” that it’s necessary to prevent serious bodily injury or death, the jury believed that none of the men had a legitimate claim of self-defense even though Fox was carrying knives, the Gazette reported.

Fox’s family was awarded $269,500 for “factors such as loss of companionship and loss of future earnings.  The family will also be awarded some of the costs associated with the more than yearlong legal battle,” the Gazette reported.

“Rob was in the wrong place doing the wrong thing, but the punishment didn’t fit the crime,” Sue Fox told reporters. “I can’t excuse his actions, but he didn’t deserve to be executed.”