So you want an Ingram, eh?  You want one of the most compact, reliably-cycling, fully-automatic submachine-guns chambered in 9mm and .45 ACP, with an integrated telescopic wire stock, and a threaded barrel and revolutionary silencer that is so quiet, the only thing you hear is the cycling of the bolt?  Yeah, that’s not realistically gonna happen.

While Gordon Ingram’s instantly-recognizable designs were both highly advanced and elegant in their simplicity, their entrance into the public arms market of the ’70s pretty well destined them to bankruptcy.  It would be up to other manufacturers like Masterpiece Arms to go and keep the hope alive, even if that hope was semi-automatic and cock on the side.  That does mean you can mount an optic on it easily. 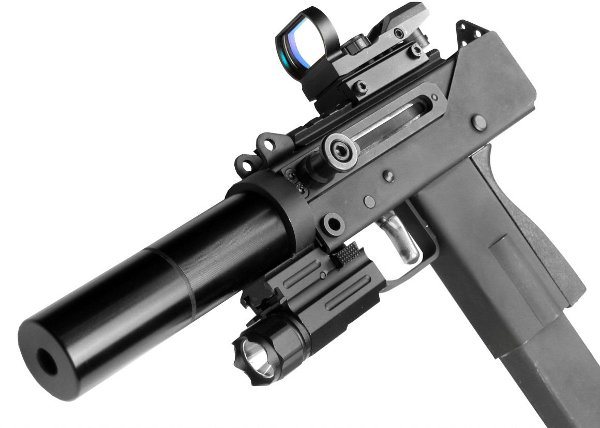 And actually, they’re quite affordable.  So you want an MPA, eh?  You want of the least expensive, highest-capacity pistols, chambered in 9mm and .45 ACP, with a threaded barrel and great reputation, all for less than $400?  Oh, right, you live in California.  Christ, that sucks. 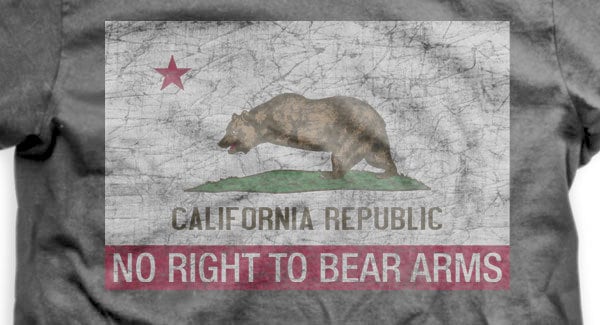 Sucks like a fox!  OK, so you’re still going to get stuck with 10-round magazines that only eject with a key, and you’re not getting a pistol, you’re getting a pistol carbine, but it does come with a swanky AR-inspired top- and bottom-vented forward forearm on its 16-inch barrel, and lightweight polymer buttstock for supremely accurate shooting.

At this point, if you’re not thinking to yourself, “OK, well there’s almost no reason to ever bother with something like that, period.”  Allow us to provide you with a counter-point: MAC-10, baby! Yeah, it’s only somewhat recognizable to its parent design, but it’s still got that boxy charm.  Think about it like this: MAC-10, from the future. See?  Suddenly a lot cooler, isn’t it?

No word on pricing but the non-California, or “normal” version of the carbines run a hair over $500, and we see no reason for that to change.  Oh, and the barrel accessory’s technically a muzzle brake, so that should be just fine, too.