Fresh Out of The Box: Stag Arms’ Model 8

Just like just about anyone else who counts themselves a member of the gun community, I watched gas piston AR-15s take the marketplace like chips at their first fire, but after trying a couple of models out I decided to wait—a little underwhelmed and a little disappointed—and see what else would come along. The answer to that question was the Stag Arms’ Model 8.   So let’s take a look, shall we?’ 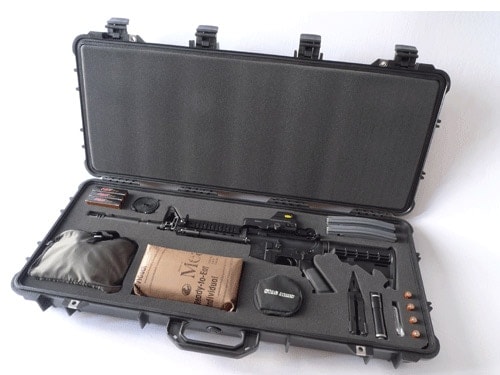 It has a 16-inch M-4 style barrel that just happens to be chrome-lined with a 1/9” rate of twist. It accepts the 5.56 NATO round as well as the .223 Remington. And while those two rounds may appear to be somewhat similar, they have minor differences in internal pressures and case dimensions. Minor differences, but remember, while it is alright to shoot the .223 in a 5.56 chamber, you absolutely can not shoot the 5.56 in a .223 chamber.

The Model 8 comes from the factory with a six-position collapsible stock, and the flat-top receiver comes with a Midwest Industries flip-up rear sight that’s fully adjustable for windage. In addition, the MI flip-up model front sight is mounted on a rail gas port that directs the gas flow, which in turn cycles the piston.

The weapon’s grip and fore end are standard military M-4 hardware (the theme of the gun anyway), and that also includes the 30-round magazine. 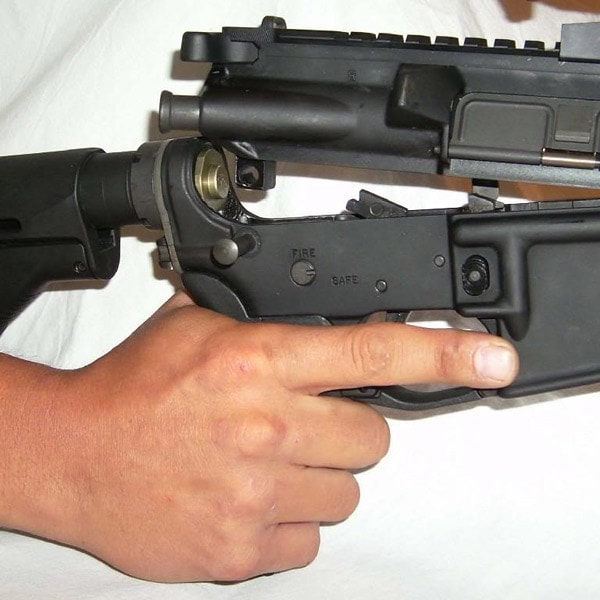 The solid one-piece bolt carrier is 8620 steel that’s coated with manganese phosphate for added durability, and the pads on the bolt carrier prevent carrier tilt, which greatly reduces wear on the rear of the lower receiver. The weapon’s trigger pull comes in right on the five-pound mark. The weapon’s gas system has two settings, on and off, so it’s adjustable for semi-automatic and single shot. The large knob at the front of the gas block is where those adjustments are made. 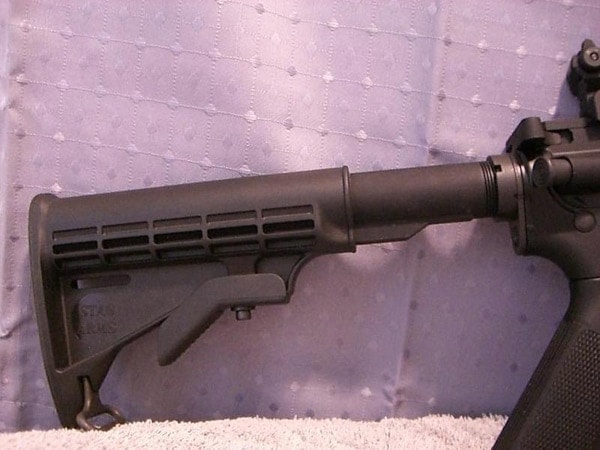 Over the years I’ve been fortunate to have shot more than a few thousand types of firearms, both long guns and pistols from a number of countries, but after testing one of the Model 8s on the gun range came away with the distinct impression that Stag Arms had really done their homework on this one.

I put well over a thousand rounds through the one I was testing, both .223 and 5.56, at distances from 50 yards to 200 yards, and found that the group sizes remained consistent throughout. At 50 yards it remained right around .45 inches. At 100 yards at around .70 inches. And at 200 yards right around 2.25 inches. That’s not too bad for an old guy like me with no scope attached! For me, and it’s just my preference, I preferred the Hornady 60 grain TAP round above some others I used. The weapon is easy-to-maintain, lightweight yet extremely robust, and can be taken into harm’s way with the greatest of confidence. 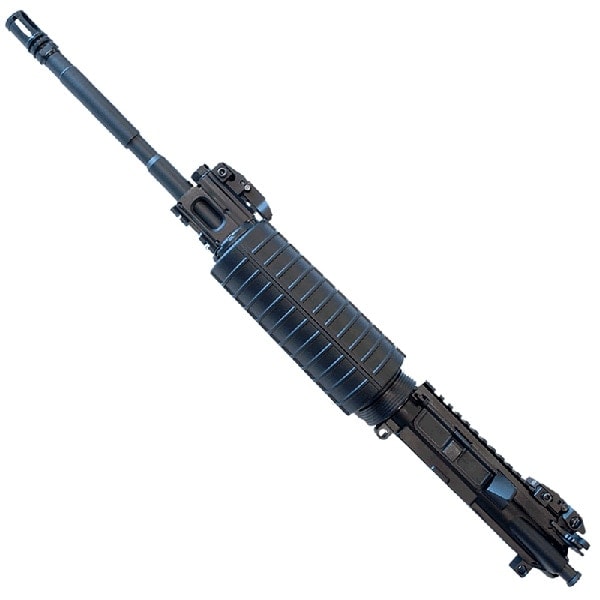