US Army will Retire M9 (because it’s old and weak)

The U.S. Army says it’ll begin looking for a replacement for the M9 service pistol soon. Officials can’t say what models they have in mind just yet because they’re still in the process of figuring out what exactly they want, but they have said that it will be a commercial, off-the-shelf pistol, which leaves plenty of companies licking their chops as they smell that juicy military contract cooking. 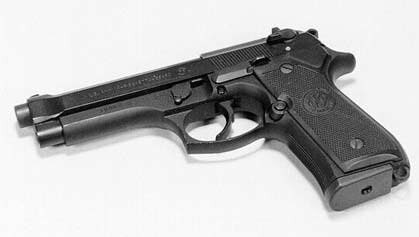 According to the Army’s website, starting now and up until sometime in 2012 officials will be re-designing the Air Force’s “Modular Handgun System” proposal, a document that defines the competition and explains requirements for entry.

Although requirements aren’t set in stone yet, the Military Times has cited features on the M9 that officials have issues with, which, in turn, can be used to make an educated guess.

First up is the manual safety. The problem is that if the M9 jams or stovepipes during a firefight the user will rack the slide back to solve the problem, but could accidentally engage the safety. Fortunately, a handful of popular law enforcement pistols such as Glocks or XDMs have a trigger safety in replace of a manual safety, which allows the gun to discharge only when the shooter pulls the trigger. But it’s hard to believe this is a major problem, so manual safety optional.

The second issue is the open slide design. The M9 has an open-slide meaning that the barrel shows through the slide. The open slide ensures that the slide flies back and cycles with a variety of 9mm ammunition. But the problem is that the open slide allows shit to get into the gun, so closed slide preferred. 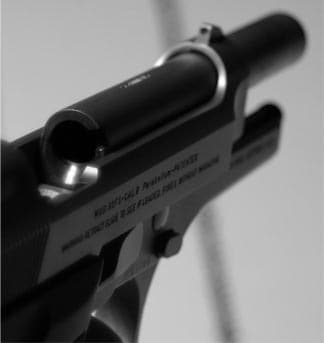 Third, troops are unable to modify the M9. The M9 doesn’t have a rail, threaded muzzle or interchangeable backstraps, so troops can’t mount accessories, a suppressor or change the grip size. Fortunately, most self-defense handgun designs today have two of those features. The threaded muzzle is another beast, but is an available by simply swapping out the barrel. Modifiable. 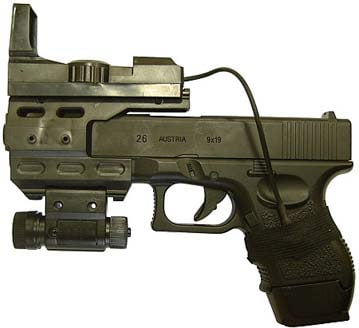 But the last two are biggies: lethality and service life. According to the Military Times, the M9, or the Beretta 92, is chambered in 9mm, which doesn’t have the desired stopping power. So a .40- or .45-caliber pistol could be in the running.

Although the Army hasn’t officially named any companies or models yet, five companies have already expressed interest. According to the Federal Business Opportunities’ website, those companies are FNH, Glock, Sig Sauer, Beretta and HK.

But the suspense doesn’t stop there! The Military Times, with their powers of deduction, went ahead and made a list that included all the aforementioned companies plus Smith & Wesson. Why S&W you ask? Well, apparently the military pays attention to law enforcement agencies and a recently, late 2010, the BATFE split an $80 million contract between S&W and Glock for some M&P .40s and, Glock 22s and 27s. 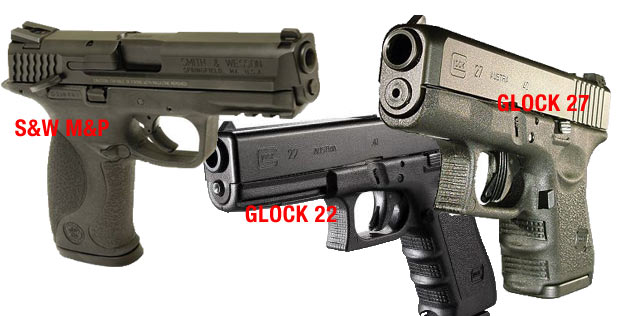 And that big juicy military contract will be up for grabs soon and “soon” means 2014.

Will it be a blowout by Glock, an upset by Beretta with the 92A1, or a surprise win by S&W. We’ll see.

What do you think will be a good replacement for the M9?