Colleges and Universities Teaching Students How to Shoot

Should individuals interested in pursuing a career in wildlife biology learn how to handle and shoot a firearm?

It may not be a large majority, but one could assume that most people would answer “yes” to that question if for no other reason than it would improve an individual’s ability to operate safely in the field during hunting season(s).  The logic here being the more one knows about firearms, how to shoot them safely, how to disarm them if necessary, how they work, etc., the less one is afraid of them and the more he/she can engage with the various hunting communities that use firearms in a manner that directly affects or impacts the populations of different animal species the wildlife biologist studies. 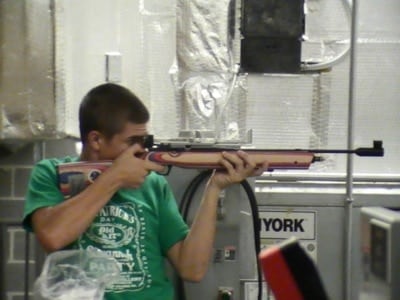 However, the answer to the next question may not be so clear-cut given today’s fractured political landscape on the issue of guns in and/or around schools.  That is, should colleges and universities offer programs that instruct students studying to earn a degree in wildlife biology how to shoot?  Or put more simply, should shooting be a part of the curriculum?

For example, Penn State and Garrett Country Community College in Maryland have held shooting events and pheasant hunts for some of its fisheries and wildlife students for the last several years, according to an article in the Pennsylvania Tribute-Review. 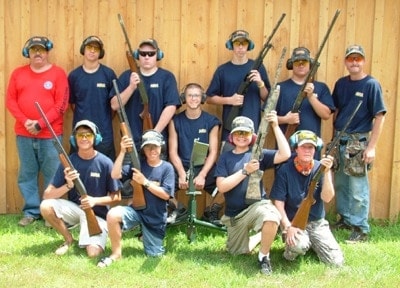 The Tribune-Review also reported that just last year “California (PA) for the first time offered a day-long shooting program at Roscoe Sportsmen’s Association in Coal Center. The day gave 50 students 18 and older — some of whom had never fired a gun before — the chance to shoot rifles, shotguns, muzzleloaders and bows.”

Well, in addition to learning how to shoot, the students at the Coal Center convened with representatives from various sportsmen conservation groups as well as members from the Game Commission.  The goal was to create a comprehensive learning environment for the students where all communities were represented. 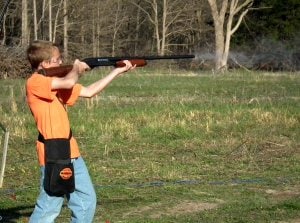 “The program — which will be offered again at Roscoe on Sept. 17 — is not meant to turn students into hunters,” David Argent, chairman of the department of biological and environmental sciences at California, told the Tribune-Review.  “Rather, it’s to introduce them to a sport that’s linked to their profession.”

Argent added in the interview, “We thought that if a student is going to get into a career in wildlife, whether as a conservation officer or a biologist, they should have that as a part of their education: the opportunity to shoot and learn the safe operations of a firearm.” “I would think that most hunters would have more faith in a biologist who’s managing wildlife populations through hunting if they knew that person had hunted themselves, or at least knew what it was about.” Pennsylvania Game Commission education supervisor Joe Stefko told the Tribune-Review.

“With this class, if one of these students becomes a pheasant biologist, for example, they know what the hunting end is all about. If someone asks them, ‘Have you even fired a shotgun before?’ they can actually say yes” Stefko said.

Hopefully this program, and others like it, will help to further educate future wildlife biologists about hunting.  And over time, hopefully it helps to change the perception held by many that there is some type of adversarial relationship between wildlife biologists and hunters, when the reality is the two have a lot in common.