Head up, Gun up, Eyes up: Seeing the Threat

Years ago I met Jeff Evans. We hit it off right away and have stayed in touch ever since. Jeff sent me a copy of his incredible and inspirational book, Mountain Vision: Lessons Beyond the Summit, while I was in Iraq. The book, and the lessons in it, was a great help to me during a time when I really needed it.

Jeff Evans led Erik Weihenmayer to the summit of Mount Everest during the summer of 2001. So what’s so special about that? Not many people have hiked to the highest point on the planet. In fact, many people have died trying. The amazing thing is Jeff and his team led Erik there. Erik is totally blind! 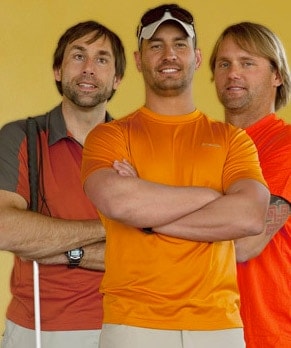 Jeff was the expedition leader, leading 11 wounded warriors in a 2010 Himalayan expedition, called Soldiers to the Summit. I was able to interview Jeff shortly after his return from the noble adventure. 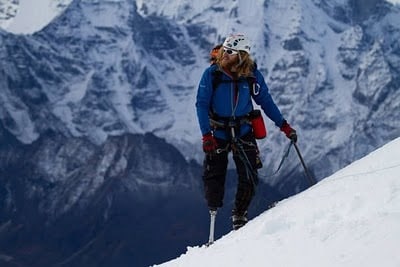 So, what does all of this have to do with shooting?

Eye sight is important. In fact, seeing is essential when it comes to tactical shooting. You have to see your target; you have to see a threat. Protecting your eyes is vital. That’s why I use wrap around eyewear at the range.

While I was in Iraq a guy in my unit was hit with shrapnel from an IED blast. Later he showed me his ESS glasses he was wearing. The lenses were scratched, but the debris didn’t penetrate. The glasses saved his eyesight! I believe he would have gone blind if he hadn’t worn glasses. That’s one of the reasons I wear ESS glasses today. 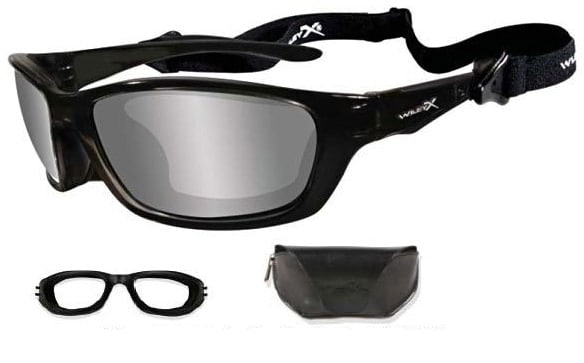 Protect your eyes. Get eye protection.

Whatever eyepro you wear, it’s useless if you can’t see a threat. In a tactical situation, you’ve got to keep your head on a swivel. Watch for color, contrast and movement. Remember to scan for threats. Look up, down and all around. If there’s a threat in front of you, stop that threat. Once that threat is neutralized, look behind you. Look all around. Where there’s one threat, there’s two, and where there’s two, there’s three, and so on. Don’t get complacent.

The trick with seeing threats, is keeping your head up. Don’t look down! 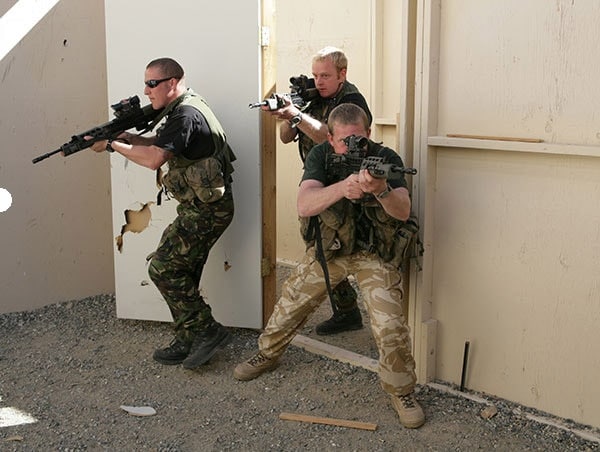 Don’t look down to draw your gun from the holster. Don’t look down to grab another magazine during a reload. Don’t even look down when you’re reholstering. Who knows, you might have to draw and address a new threat. Don’t look down. Remember: when you’re on the range or practicing dry weapons handling skills, keep your gun up, your eyes up and your head up. You’ll perform under stress the way you practice during training. Believe me. I know. 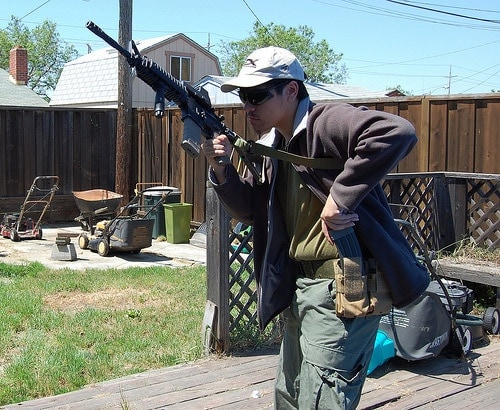 Keep your head up! Look up when you’re reloading. Look up when performing immediate or remedial malfunctions. No, I’m not talking about looking up in the clouds—no, look up to where a threat is or could be.

You don’t want to see a threat, look down, and have the threat move somewhere you aren’t aware of. Keeping your head up, your eyes up and your gun up will give you the tactical advantage.

Keep your head up when you bend down to pick something off the ground; it’s helpful to do that whether you’re practicing or whether you’re engaging in a real world threatening environment. 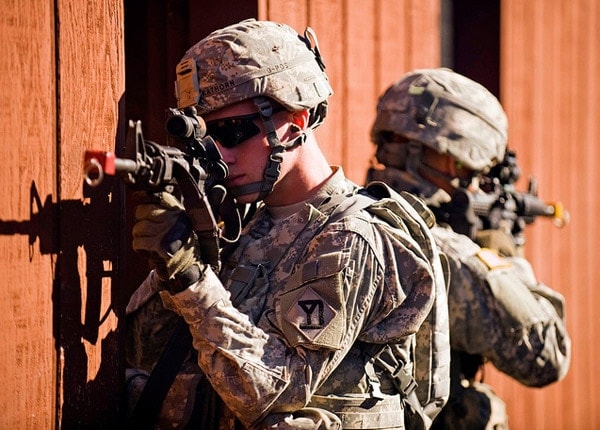 Finally, Helen Keller, an inspirational woman who was both blind and deaf, said this: “Keep your face to the sunshine and you cannot see a shadow.” 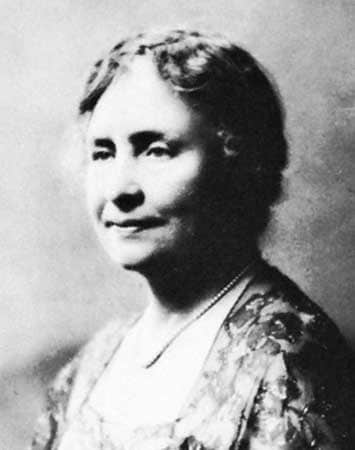 To say that in a tactical way, you and I need to watch for dangerous and threatening individuals. We can’t do that if were not scanning. We must watch our lane. It’s imperative to keep our head up—literally and figuratively. We need to be positive and visualize success. But in order to be successful, we need to see and positively identify a threat. We need to keep our head up, our gun up and our eyes up—always vigilant, always watching for threats lurking in the shadows.

(Photos courtesy of The US Army and Didrik Johnck)