Re-calibrating Ballistic History or My Quest for the .32-20 Revolver

The .32-20 is one of our oldest rifle cartridges extant but these days it seems to have been overshadowed by the latest and greatest rounds (really little more than the Johnny Come Lately variety). The first such revolver that was chambered in .32-20 was the Colt Single Action Army which joined its big bored stable mates in 1887. Later Colt brought the round into the double action revolver realm with the Frontier and then the Army Special.

Smith & Wesson was slower to get into the game with their Military & Police line that was the predecessor of the Model 10. 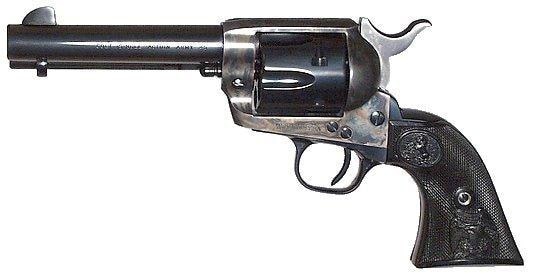 After World War II the .32-20’s were quickly phased out as the .38 Special and the .357 Magnum revolvers dominated the market for the smaller calibers. There was just no use anymore for the old .32-20 when you could get a larger and heavier .357 caliber bullet moving at 1,500 fps. For some though that left a void and several cartridges were produced in the attempt to fill it. One was the .32 H & R Magnum which was a hot seller at one time, but it is quickly becoming a novelty item.

Ruger chambered their Blackhawk in .30 Carbine but that is more of a oddity, although popular in some circles. Recently the .327 Magnum was brought forth, although after more than a year of searching at gun shows and shops, I still have yet to see one in person. Time will tell if this was a prudent invention or just another albatross. There were also the old .32 Smith & Wesson and .32 Colt cartridges that were part of the line up for the double action revolvers until they both hit the brick wall of obsolescence some years ago. 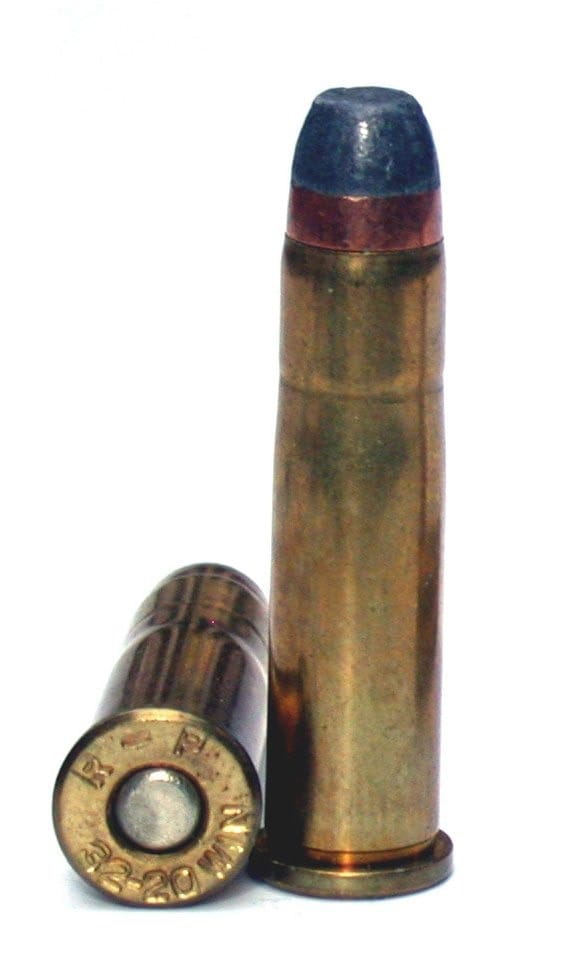 The .32-20 (or .32 Winchester Center Fire) cartridge proved itself to be a great game killer when chambered in a long gun, with accounts of deer and all manner of small game taken with this round abounding, but in a revolver it is much more specialized. One has to be careful of the factory ammunition that is floating around, trying not to pick up a box of the old Remington High Velocity loads (not the normal High Velocity markings on the current boxes). These have not been produced since the early 1970’s but can still be found at gun shows and on shelves occasionally and are nothing but poison to a revolver of any kind. These were loaded with an eighty grain jacketed hollow point but the dead give away were the letters HV on the headstamp of the case. If you value your revolver at all, you won’t use these in it because they will rattle the gun loose in short order or worse. 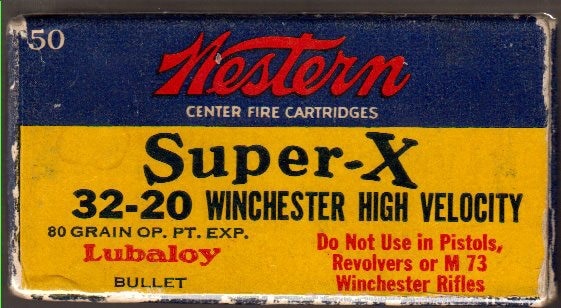 Another thing that one has to be careful of is that some of the old revolvers out there like the Spanish copies of the Smith & Wesson Military & Police and guns like the Ruby, neither of which will tolerate any of the higher pressure loadings of the .32-20. Such is the case as well with the earliest of the Colt Single Action Army revolvers. These guns were designed to be used with blackpowder, and so they should be used with nothing other than blackpowder. If you have any doubts about your gun, by all means have it checked out before you put one round through it. I would rather ask the question and risk a wee bit of embarrassment of not knowing the answer, than the much larger and possibly more painful lesson of having to replace a valuable gun and/or body part. 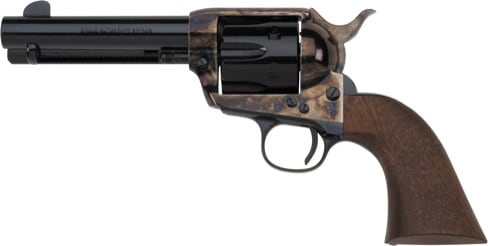 The .32-20 however has hung on despite rampant rumors of its demise. Currently Uberti makes a copy of the Colt Single Action Army so chambered, and Smith & Wesson and Colt revolvers are still common on auction sites and occasionally at gun shops. The original Colt SAA is still available as well for those who demand the genuine article and can pay the price of admission. One of the reasons the .32-20 is still hanging on is because there are also a multitude of rifles out there in the same caliber. Winchester made their 1873 and 1892 rifles in .32 WCF as well as those from Marlin and even the occasional bolt-action Savage can still be had from time to time. Despite all of the new high speed super cartridges that propel a tiny bullet at nearly unimaginable speeds, the old .32-20 still remains a viable close range varmint and small game round.

The sport of Cowboy Action Shooting has also helped out the little .32-20. Those looking for an accurate round that won’t punish their wrists with all day shooting of the big revolvers like the .45 Colt can shoot the little .32-20 all day long with ease.

The .32-20 would also make a decent personal defense round. While not on par with the .38 Special, it is far and away above the .22 Long Rifle, the .25 ACP, and even the .32 ACP. For women shooters who are sensitive to larger calibers the .32-20 is certainly better than trying to shoot a pistol that is too much or underpowered. With it being so easy on the ears and with almost no recoil to speak of in any revolver, the .32-20 is generally more accurate than most people will ever need in a handgun.

My quest for the .32-20 revolver began more than a decade ago after I had sold a Marlin 1894 CL lever action in that caliber. While the rifle was nice, it really was pointless for me because at the time I did not hunt varmints and I wanted something larger for hunting whitetails, but in a revolver I saw the potential in the .32-20 for a nice everyday gun that could take small game if I happened to be out and about. Unfortunately time and expenses and other guns came and went without one chambered in this caliber, but in my heart I still wanted a .32-20 revolver to call my very own.

About two years ago I was in the process of selling a .357 Magnum that I really no longer had a use for since I already had another in that caliber and a gentleman offered me some cash and told me that he had a Smith & Wesson Military & Police in .32-20 as part of a trade. It’s funny sometimes how those things happen. While the gun was no safe queen with its worn nickel finish and some slight pitting in the barrel, it was certainly a shooter. Even though the barrel was not perfect, it was six inches long, my favorite length for K-frame Smith’s. A deal was struck and the gun was mine.

The secret to the .32-20 is not to expect too much from it. With a 100 grain factory lead bullet from a 6-inch barrel, you are only going to be getting on average about 800 fps. This is where the .32-20 falls off against the likes of the .38 Special on paper, but it can hold its own for what it was designed to do.

So why not just go with the .38 Special and be done with it? The .32-20 has long been a great midrange hunting cartridge—in a rifle. In a handgun you will want to stick to hunting small game, which the .32-20 excels at. It literally walks all over the .22 Long Rifle and the vaunted .22 Magnum and puts the .17 HMR to shame. I have shot grouse with a .22 Long Rifle handgun on more than one occasion and not put the bird down right away. The .32-20 with its .312 diameter bullet does not damage the meat like the larger bullet from a .38 Special. Even the factory loaded 100 grain soft point does a wonderful job on small game, and handloading the .32-20 makes it even better. 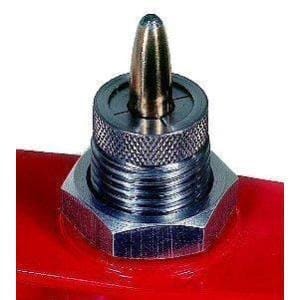 The only drawback to handloading the .32-20 is that it is cursed with very thin case walls and it is a rare man indeed who has not flattened out a case at one point in time while reloading an old .32-20. You have to be very careful when seating and crimping the bullet because it does not take much to ruin the effort. Loads for the .32-20 abound, but you must remember that you are loading for a handgun and not a rifle; many loading manuals have separate sections for both. Dies are still available although most are not carbide. Brass can be picked up quite easily, and if lead bullets are not your thing, there are excellent jacketed bullets including Hornady’s XTP hollow points. Stick to small pistol primers for your .32-20’s in a revolver as the hammer of the short gun will most likely not have the power necessary to crush the cup of a small rifle primer. 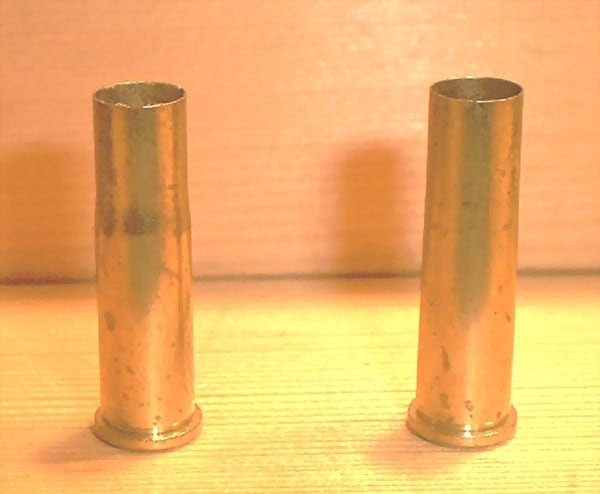 Many have complained about not being able to find factory .32-20 ammunition, and to that I say bovine excrement. I have never even in my limited area and locale had any problems finding factory .32-20 ammunition. Not too long ago I was in a gun shop and a man who had ordered a brand new .32-20 Colt Single Action Army revolver was going to send the gun back at a large restocking fee because he thought ammunition was impossible to find. Granted it is not something every big box store will have on the shelf, but it is still being made and it can still be had if handloading isn’t your thing. 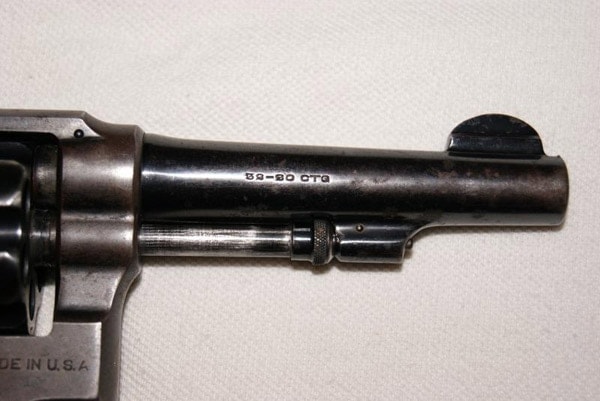 When I got my Smith & Wesson .32-20 I decided to see what the old girl was capable of with those supposedly hard to locate (I found two 50 round boxes in two separate shops in less than a week) factory rounds. I had purchased an old Wondersight, which could be a whole story in itself, but I’ll cut to the quick and tell you that the Wondersight was an invention that was a rear adjustable sight that could be fitted to what are commonly known as “5 screw” Smith & Wesson revolvers. These revolvers are easily spotted and identified by the screw at the top of the side plate on the right side of the revolver. The beauty and simplicity of this sight was that you just took that top screw out, and the sight fitted right in, no drilling or tapping. Now you had an instant adjustable sighted handgun. Ah the good old days! 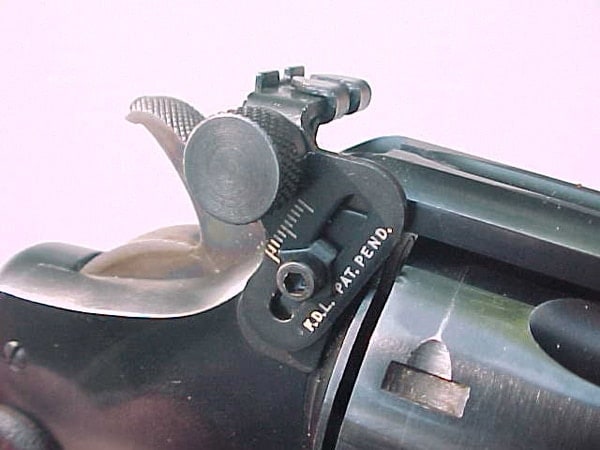 Getting back to the range, I took that old M&P Smith & Wesson and sighted it out at 25 yards and even with factory ammunition it just put one round literally on top of the next once the sights were on. It was really shocking how this nearly seventy year old handgun shot with a cartridge that some have said does not give good accuracy in anything other than a rifle. If any of these writers would like, I would gladly put this old timer against what they consider to be an accurate revolver. 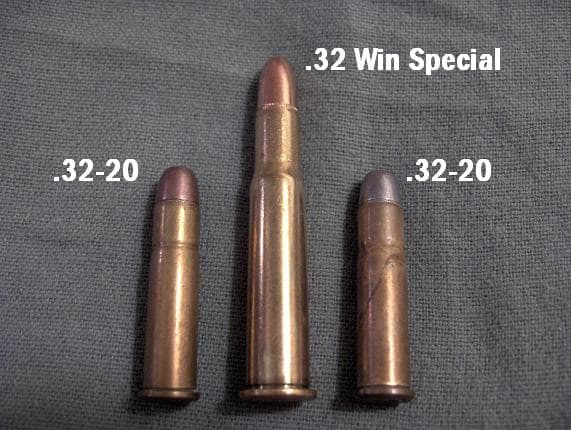 So go out and find one of these old .32-20 revolvers. Who knows how many of these old wheelguns are just waiting to be rescued from that closet shelf or bottom rack at the gun shop. Get yourself a box of ammo and have a ball; it’s not often that you can find a little gun like this that everyone in the family can have fun with. Once you have one, you won’t want to give it up.