Gunfights on Guns.com: The Unknown Gunfight of Frank Hamer

If you mention the words Texas Ranger, most people are going to instinctively think of the exploits of Chuck Norris on the small screen, and while he is one tough hombre, he really can’t hold a candle to perhaps the toughest Texas Ranger that ever lived, Frank Hamer. 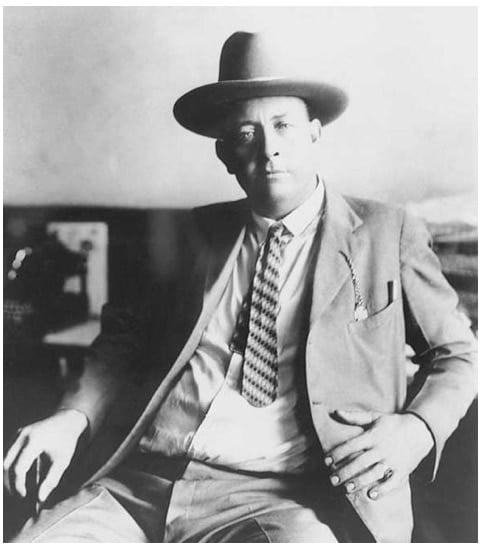 Frank Hamer is best known for putting an end to the lives and careers of the most famous crime duo is history, Bonnie and Clyde. On May 23, 1934 in Gibsland, Louisiana, Frank Hamer and his posse opened up on the two outlaws and unleashed a 130 plus round barrage that was heard for miles around, peppering the pairs Ford V8 sedan. At least twenty five rounds slammed into Bonnie and Clyde each before the shooting stopped.

The finale of the Bonnie and Clyde manhunt made Frank Hamer a household name and a law enforcement legend, but it was not his first time putting lead downrange at a criminal, and unlike Bonnie and Clyde, others shot back. 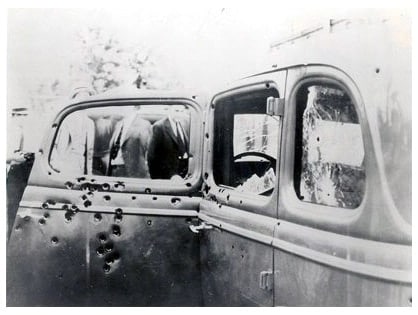 On October 1, 1917 Hamer had just finished testifying in a murder trial in Baird, Texas and was on his way home. Two men warned the ranger not to go through Sweetwater; men are waiting ready to waylay the lawman.

Hamer decided not to alter his course and strapped on a .44 Special Smith & Wesson to go with his .45 Colt that he called “Old Lucky”. In the car with Hamer was his pregnant wife Gladys, his brother Harrison and Emmett Johnson who was also testifying in court.

About 1:30 in the afternoon a tire on Frank’s car blew out just outside of Sweetwater, a place he didn’t want to be. Frank pulled his stricken car into the garage and Harrison and Johnson walked to an alley to find a bathroom. 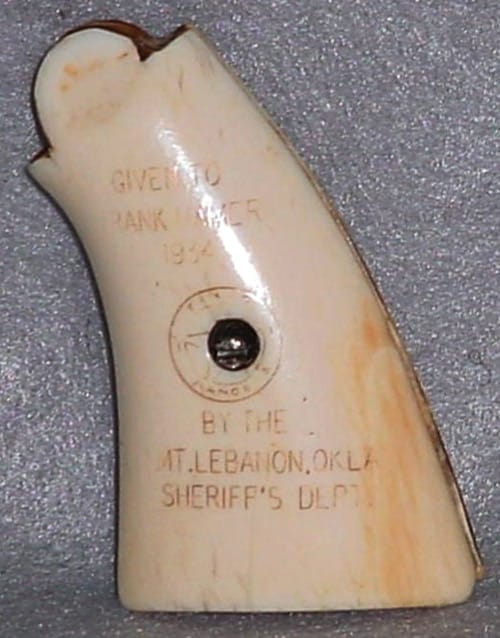 As Frank looked around the garage to see about getting the car repaired, Gee McMeans, a former Texas Ranger appeared. McMeans had been hired to kill the Hamers over his testimony in the murder trial, jumped out with a .45 Government Model and shouted “I’ve got you now God damn you!” and opened fire.

McMeans’ first shot struck Hamer in the left shoulder driving the chain of his watch into the wound along with the bullet and making his normal gun hand useless. Hamer grabs McMeans’ arm and gun as the ex-lawman fires again striking Hamer in the leg. McMeans’ gun jams and Hamer takes the pistol away and begins whacking the crook upside his head with his good hand. 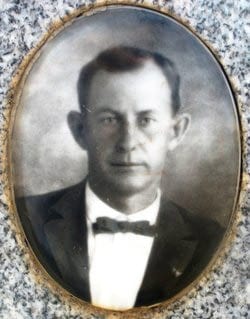 At the same time the wounded ranger was slapping McMeans senseless, Gladys Hamer eyed a man with a shotgun heading towards her husband. Not one to see her man get ambushed, Gladys took out a .32 pistol and started firing in his direction. The other crook, one H.E. Phillips quickly took cover behind a car. Every time Phillips stuck his head up Gladys fired another round in his direction until the magazine in the pistol ran dry. As she reloaded Phillips got up and ran with a gun in hand towards Frank and McMeans.

Frank saw Phillips coming and broke free of McMeans in time to get knocked off of his feet by a shotgun blast. 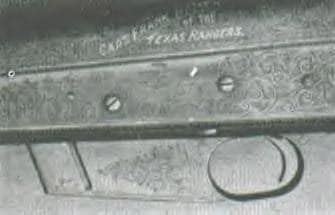 Phillips began to celebrate over the successful hit when, to everyones’ astonishment Hamer got to his feet. The shotgun blast, somehow, only destroyed the hat he was wearing. McMeans and Phillips ran for their getaway car with the wounded ranger chasing them the whole way.

When the two would be hitmen got to the car McMeans grabbed a shotgun from inside and turned to face Hamer only to be on the receiving end of a slug from his .44 Special revolver. The bullet caught McMeans in the heart and he dropped to the ground dead. Hamer found Phillips hiding on the other side of the car and told him to “Get up! Fight me like a man!”

Given the lawman had just survivied three gunshots and iced his accomplice, Phillips wanted none of this fight and turned and ran with Hamer screaming at him to turn and face him. Just then Frank’s brother Harrison arrived, rifle in hand, and was about to shoot the rapidly departing Phillips when Frank stopped him. He did not want his brother shooting anyone in the back, despite the fact that Phillips had tried to kill him. Phillips was caught later. 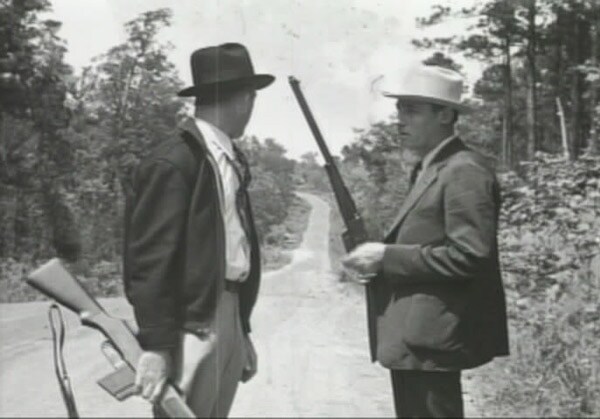 Frank Hamer was treated for his wounds and joined the rangers again a year later, working another thirty-two years in law enforcement and security work. His personal views on corruption caused him some grief as he would not tolerate it on any level and he changed jobs frequently. Frank Hamer supposedly took part in nearly fifty gunfights and was wounded an astonishing twenty three times. Hamer survived them all dying in Austin, Texas on July 10, 1955 at the age of seventy-one.