The 9/11 Revolver: Recovered from the World Trade Center

No one can have greater love than to lay down his life for his friends.

It’s just a gun.  It was once carried by someone who’s now gone save for his memory.  But it’s not just a gun; it’s not a firearm, it’s not a symbol, or an icon, it’s a reminder.

Every day, little things can remind us of the loss of September 11th.  Something so big and so awful we don’t even name it.  Just the date.  We’re reminded by photos, old movies, politics, skylines, and empty rooms.  It’s not the event that hurts, it’s the loss.  The people, the things we miss.  And this is another reminder. 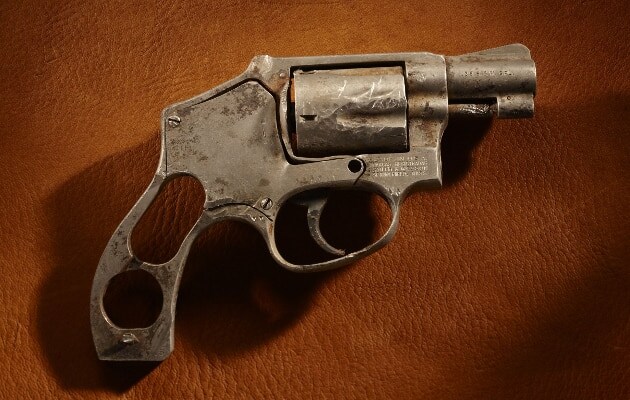 But it also says we’re still here, damn it, we may look different but we’re here.  We may be ugly and broken at times, but we can take the loss and continue.  Leave the damage behind, put it in a museum, however unlikely that we will ever forget what happened to us, and continue being who we are.

Thomas Jefferson said, in a very different time, “The tree of liberty must be refreshed from time to time with the blood of patriots & tyrants.”  Tyrants didn’t do this, dead men did.  There was patriotic blood shed on September 11th, by thousands. 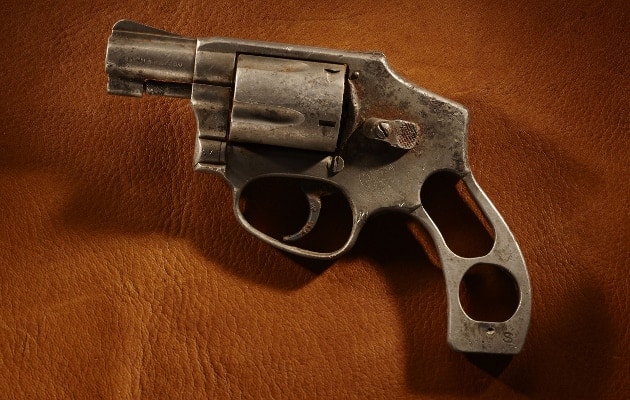 We say a lot about what makes a patriot.  Those killed on September 11th, those hurt directly and indirectly, are patriots if we make them so and do our part in standing on the high ground, maintaining Jefferson’s tree of liberty.

On the tenth anniversary of that day, people should, and will mourn.  But on September 12th and every other day, we make them patriots, we make ourselves patriots, by living free, just, and peaceful lives, however we pursue that goal.

So let it remind you of our loss, and the losses of others that were infinitely greater than us still alive.  And then after that, be inspired, live, and do good.  That is how we truly make them heroes. 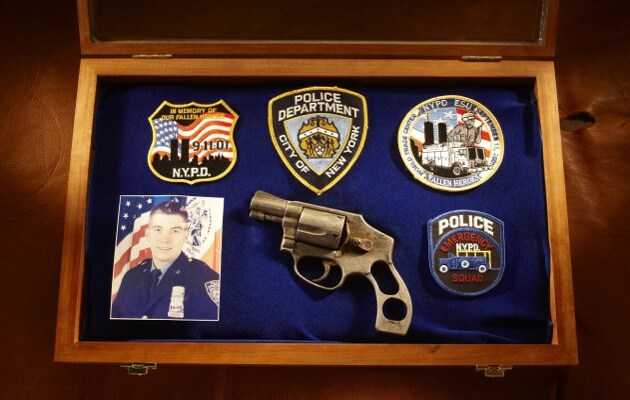 The 9/11 Revolver: A Treasure Beyond Compare.

This ordinary stainless steel revolver was carried by New York police officer Walter Weaver into the World Trade Center as he risked his life to save others on September 11, 2001. He never made it out that day, but his revolver was later recovered from the ashes. Officer Weaver’s family donated the gun to the NRA National Firearms Museum, where it now holds a place of honor as a reminder of the law enforcement officers who put their lives on the line daily.

It’s an ordinary firearm that stands as a symbol of extraordinary bravery.

You can see it online or in person at the National Firearms Museum.