For God and Country: Questions Concerning Combat Training for Clergy

The training simulates the stressful conditions of a modern war zone: explosions, gunfire, upturned vehicles, etc.  Chaplains must use the knowledge and skills they’ve acquired over the weeks to navigate through obstacles while mitigating their exposure to potential enemy fire.  There’s also a definite physical aspect to the training.  Chaplains must be physically prepared for combat.

Chaplain Maj. Harold Cline who is an instructor at Fort Jackson, told CNN, “When you’re working with soldiers, they’re in good shape. That’s part of their business. If you’re going to minister to them and work with them, rub elbows with them, you’ve got to be in good shape as well.” 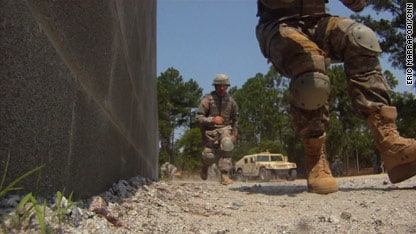 However, the modified combat training only goes so far.  That is, it largely omits weapons training.  Chaplains are unarmed when they go to war.  Instead of carrying a firearm, Chaplains are escorted by a chaplain’s assistant who carries a weapon and whose main purpose is to protect the chaplain.

“Hold onto him like this and you will not get separated or you will be taken out. You are the target of opportunity.  You stay on him!” The instructor yells when a chaplain is separated from his assistant in the CNN video.

But this raises several interesting questions, should chaplains carry if they are deployed?  Do chaplains put the lives of others in danger because they don’t carry a weapon?  Is sending any unarmed individual – chaplain, journalist, etc.- into a combat zone wise?  Is the risk of an unarmed innocent in combat worth the reward of the services he/she provides? 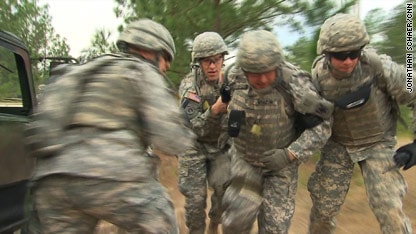 These are all compelling questions to consider; especially as troop levels decrease and traditional approaches of large occupying forces are supplanted by targeted strikes led by counter-insurgency special ops.

Of course, some individuals would argue that chaplains have no business being in the military to begin with, as Christopher Hitchens wrote in Slate.com, “why are there official chaplains in the armed forces at all? Is not their very presence, paid for out of the public treasury, an affront to the establishment clause of the all-important First Amendment? The author of that amendment, James Madison, certainly thought so. His “Detached Memoranda,” which also opposed the use of chaplains to open the proceedings of Congress, were very clear about clerics in the armed forces”

He then goes on to quote Madison:

Better also to disarm in the same way, the precedent of Chaplainships for the army and navy, than erect them into a political authority in matters of religion. … Look thro’ the armies & navies of the world, and say whether in the appointment of their ministers of religion, the spiritual interest of their flocks or the temporal interest of the Shepherds, be most in view. 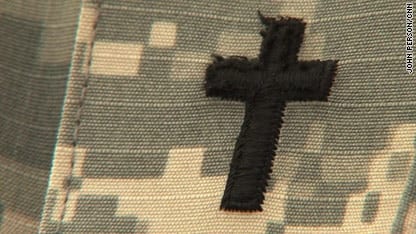 What is clear is that a chaplain’s job is inherently dangerous. And to some extent, the more danger a chaplain is exposed to, the more credibility he/she has in the eyes of an experienced soldier.

“The danger is sometimes what gives us the credibility to minister to our soldiers.  They know we’ve been there.  We’ve been there with them.  We’ve faced the fear,” Chaplain Capt. Karlyn Maschhoff told CNN.

But then again, is the risk worth it?  And if they are facing danger, i.e. enemy combatants, should they be prepared to (and willing to) use a firearm?

Last summer Chaplain Dale Goetz was killed by an IED in Afghanistan.  He was the first chaplain KIA since Vietnam.  One can only hope that he is the last. 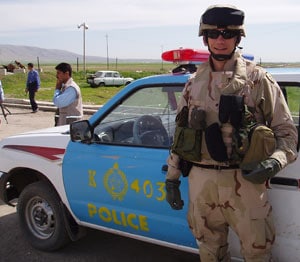