Corruption, Fraud, and Waste: The High Price of Nation Building

Many people argue that context is everything.  That everything should be placed in its proper context for one to gain a comprehensive and complete understanding of a given situation.

So this past week when the bipartisan Wartime Contracting Commission reported that no less than $31 billion and as much as $60 billion has been lost over the past decade in the two-front war on terror in Afghanistan and Iraq due to “lax oversight of contractors, poor planning, inadequate competition and corruption” one figured it would be best to place this rather alarming estimation in its proper context in order to give one a sense of the opportunity costs associated with what is often described as nation building.  In short, to ask the question, could this money have been better spent elsewhere?

Also, it is important to look at the policies that led to this gross mismanagement of taxpayer dollars to see if they can be amended so this doesn’t continue to happen in future.  Does a $60 billion loss create a “teachable moment?”

As far as context is concerned, the first thing one should point out is that the U.S. is in the midst of a “great recession.”  Unemployment is at 9%.  Underemployment is roughly 20%.  Since the 2008 crash, the stock market has experienced unprecedented volatility.  Overall, the U.S. economy is languishing and people are struggling, i.e., according to the USDA, 45 million people depend on government assistance for food, 47% of Americans said their household could not come up with $2,000 in a 30-day period.

Meanwhile, the current administration is running up huge budget deficits – $1.65 trillion for the current fiscal year – trying to, among other things, reboot the economy and get people back on their feet.  But thus far, all efforts including T.A.R.P. (aka the bank bailout) and the America Recovery and Reinvestment Act (aka the stimulus) have been only marginally effective (some would argue that they’ve been a complete waste of money).  And even the most optimistic economists project a gloomy forecast.  According to Harper’s Index, “the average lag, in months, between economic recovery and employment recovery after the nine previous recessions was 10 months, the projected lag, in months, after this recession is 60 months.”

Given this larger context and the relative state of economic crisis, it would seem that the U.S. government would be (and would have been) extra judicious with taxpayer dollars, i.e. more discerning on what causes and programs they choose to fund.  But the evidence suggests that they’ve acted irresponsibly and are continuing to act irresponsibly with respect to budgetary matters. 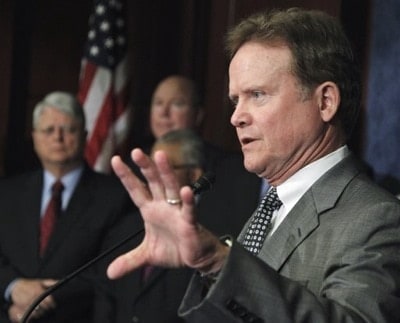 In response to these numbers, Sen. Claire McCaskill (D-Mo) told reporters, “It is disgusting to think that nearly a third of the billions and billions we spent on contracting was wasted or used for fraud.”

Again given the context, does this seem like a wise investment strategy?

Now, perhaps to their credit, the Wartime Contracting Commission – which was created in 2008 – has proposed several initiatives to help mitigate the losses associated with foreign grants and contracts.  The Commission even submitted their proposals to the joint House-Senate debt reduction Commission.  What do their proposed solutions involve?

If you guessed spending more money or creating another government position you’d be correct.  The AP article stated, “Several of the proposals would require new spending… and include creating an inspector general to monitor war zone contracting and operations, appointing a senior government official to improve planning and coordination among federal agencies, reducing the use of private security companies, and carefully monitoring contractor performance.”

But even if these proposals or recommendations are maximally effective and greatly reduce the amount of contract waste – say from 20% down to 3% – what are the tangible benefits of these foreign programs and contracts for the American people?  And are we really in a position financially to help others?

But many would reply with equal fervor, an opportunity for what?  To throw more good money after bad?

It’s not that the U.S. shouldn’t help other nations build their democracies.  It’s just that looking objectively at the numbers and the opportunity costs, foreign infrastructure investment via contracts and grants not only seems like a bad investment, but one we honestly can’t afford.