It looks as though two more states, Nevada and Washington, have qualified for a Bureau of Alcohol, Tobacco, Firearms and Explosives (ATF) National Instant Criminal Background Check System (NICS) exemption for those individuals who have already gone through the state and federal rigmarole to obtain a concealed weapons (CCW) permit.  In other words, the way the exemption typically works is that if one has obtained a CCW permit within the past five years, he/she can use that to purchase a firearm in lieu of another background check. 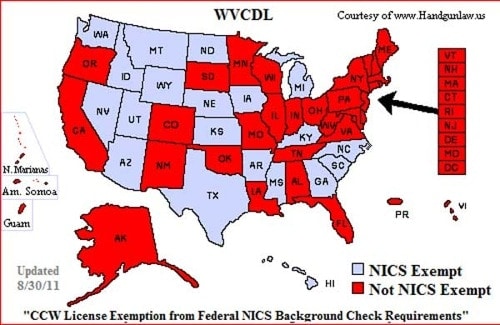 For Nevada residents who display their CCW license not only will they forgo another background check, but they will not be required to pay an additional $25 fee each time they go to purchase a firearm.  There’s a $25 fee in Nevada because the state opts to be a Point of Contact (POC) for background checks.  That is, instead of using the FBI’s NICS system, which is free for all states to use, Nevada chooses to use its own criminal record database.

Nevada was once covered under the exemption, but in 2008 when state legislators failed to pass statues to ensure compliance with the Brady Handgun Violence Prevention Act the ATF revoked their exemption privileges.  An ATF investigation conducted earlier that year had revealed several of the state’s sheriffs were not following through with the required background checks. 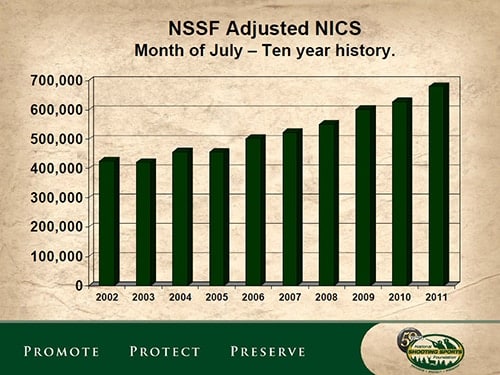 Many believe what precipitated the change in Nevada was a letter from a concerned, pro-gun citizen who wrote a letter to the ATF asking them to review the state’s status after Nevada lawmakers had been dragging their feet on the issue.

It was a private citizen’s correspondence in June of 2011 that prompted the BATFE to examine the most recent amendments to Nevada’s CCW statutes.  However, the Nevada Sheriffs and Chiefs Association (NSCA) claimed that it was the only authorized entity to formally communicate with the BATFE regarding the reinstatement of the exemption.  This recent action taken by the federal agency proves that claim to be incorrect. 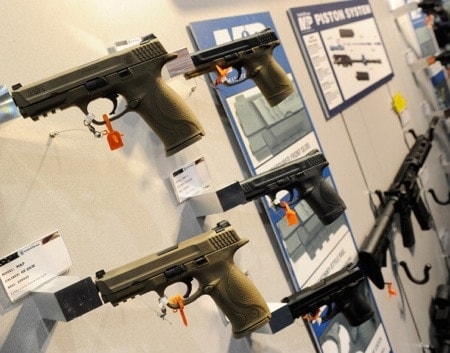 There is, perhaps, one catch to the exemption for residents who already have a CCW license in both Washington and Nevada: they are not grandfathered into the exemption.   Here it explained in the open letter to Nevada residents dated August 26, 2011:

For Washington residents, it’s concealed pistol licenses issued on or after July 22, 2011, that qualify for the exemption.

To see where your state stands on this exemption, click here.