The classic P-series SIGs stand out in the handgun world.  As a rule, they’re double-action pistols with decockers and no safeties, real high-end European duty pistols.  SIG makes many more affordable pistols for the entry-level market, like their P250s and SIGPRO pistols, all of which can be found for under $500.  But the classics, they’ll run you at least $800 for a base model, much closer to $900.

Which is troubling for the bargain hunter.  Yes they are quite nice and yes they have excellent aftermarket support; you’ll have no problems finding holsters for a SIG.  But there is another way. 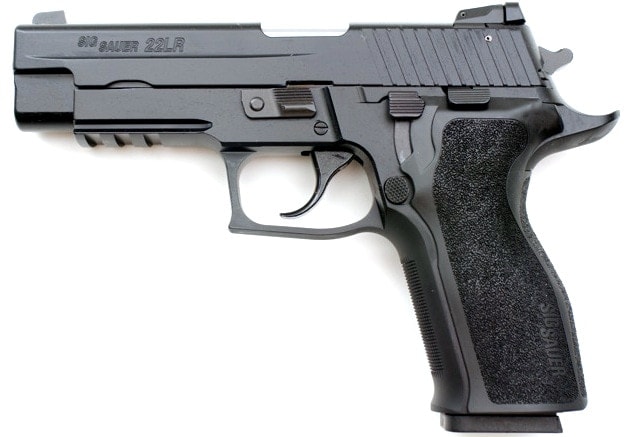 It used to be, conversion kits were intended for people to train on.  You buy your pistol, get a .22 Long Rifle kit and put a lot of cheap lead downrange.  This is especially true for European handguns.  Here, where guns are plentiful, people generally say start with a .22 and then get a full-power handgun later.  But for the originally German SIGs, they make conversion kits. 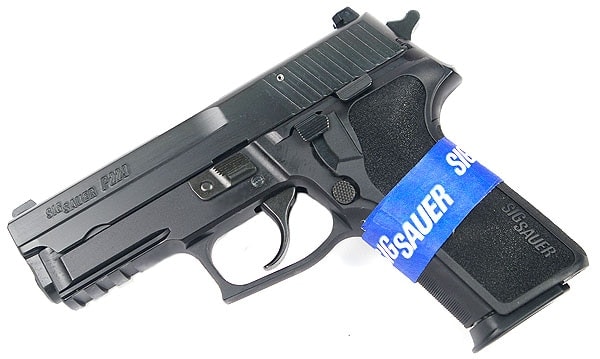 A short while ago, SIG changed their frames to a single standard, based on their .40 S&W frame.  This frame would be used across the board for their P226s and P229s.  It’s also the same frame used in their .22s…

They also started their 2-Step X-Change program.  Buy one SIG, then buy a slide, barrel, and magazine in another chambering, and both you and SIG come away the happier. 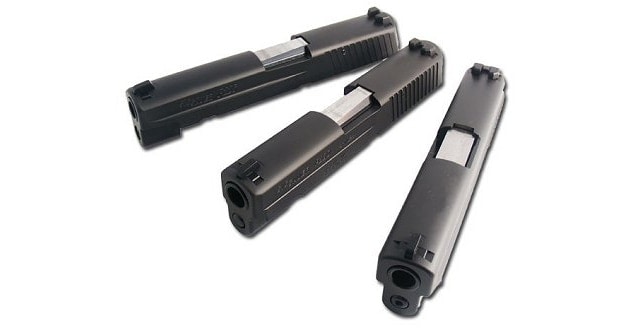 That’s like, a bargain within a bargain.  If you can’t find X-Change kits online for under $300, go to the SIG website and register your pistol.

While they do sell them for some $360, every new pistol comes with a 20% off discount for SIG accessories; register your .22, get a centerfire conversion kit for $286, shipped.  And look, if it’s still too expensive for you, you can always sell your .22 kit.  We don’t know why you’d do that, but hey, it would probably bring your total cost down to about $550, not including fees or taxes, or about the price of a police trade-in SIG, except the gun’s brand new.  That’s like, 40% off. 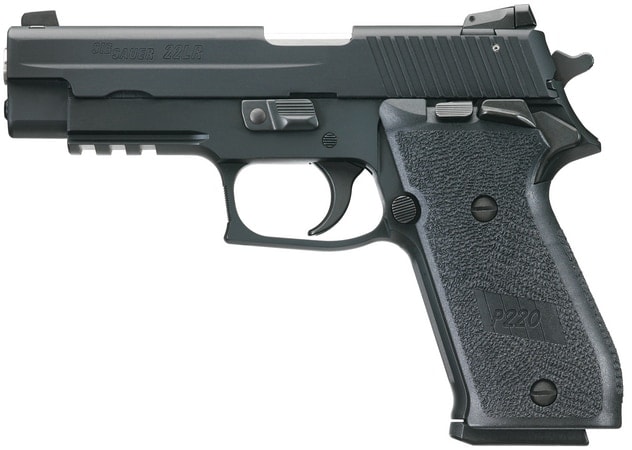 This one takes shopping around, and requires patience.  Both of those traits come naturally to bargain hunters.  But SIG and bargain rarely go together, so when they do…