Americans have a soft spot for revolution, we do.  There’s a part of us that goes, “Do it, do it right and you’ll have centuries of freedom and success ahead of you.”  It’s in our country’s blood to approve of revolution.  It makes good enough sense for a 21-year-old to want to support the rebels of Libya.  Hell, one of our founding fathers was a 19-year-old French kid who was widely believed by his peers and the American revolutionaries to be young and crazy and looking for battlefield glory.

But there is a slight difference between Chris Jeon of UCLA and the Maquis du Lafayette; Lafayette was rich, tough, capable, and spoke English.  While we will absolutely support the position that Chris Jeon speaks English, we believe the correct parallel would be to speaking Libyan.  And while this would normally be the sort of that keeps fighting along side the rebels well inside the realm of collegiate fantasy, Chris Jeon believed otherwise:

“At spring break I told my friends a ‘sick’ vacation would be to come here and fight with the rebels. This is one of the few real revolutions, I just thought I’d come check it out.” 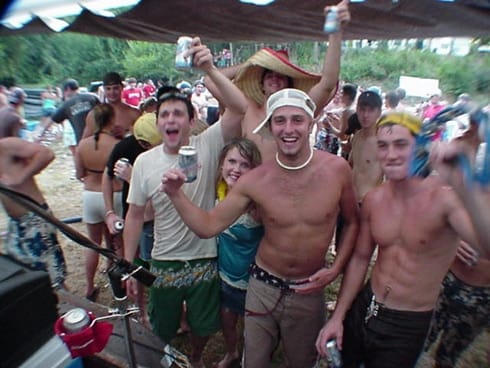 “Whatever you do, don’t tell my parents.  They don’t know I’m here.”

OK, we think can scratch “capable” off the things he’s got in common with Lafayette.  Why don’t you swing by Syria on the way out, and ask them what’s up with their fake revolution?  Ahem.  Anyway.

“At the rebel checkpoint about 80 miles from Sirte, he held a Russian-made shotgun the rebels had given him, appearing to be unfamiliar with it. Then a rebel handed him an AK-47, and he awkwardly fired several rounds into the air. The fighters cheered and laughed before quickly taking the gun back. 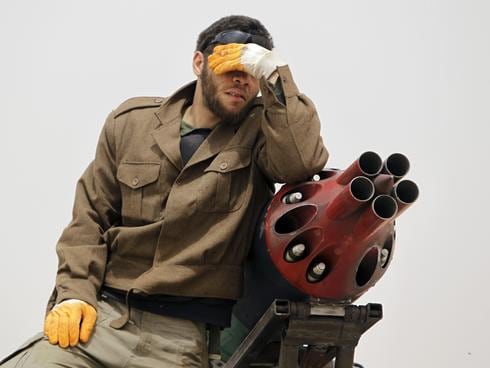 “The boisterous rebel fighters, clearly enjoying this foreigner who had joined their ranks, shouted competing offers for him to join their respective brigades. Jeon needed translation to understand what they were asking. He communicates with sign language, and broken Italian.”

All of this after the rebels have taken Gaddafi’s last known remaining stronghold, you say?  Wow, just in time for the celebrations.  Well, the honeymoon’s over and frankly, the wedding’s getting annulled.  No one’s sure what crazy thing Jeon did to end things so quickly.  Maybe he suggested something with him, Libya, and Egypt?  We can only speculate:

“Last time he was seen,  Jeon was heading towards Benghazi on a pickup truck.

“No word yet on whether Jeon will head to Syria next to ‘take in the sights.'”