His bill, appropriately titled “Making Public Lands Public Access Act” (S. 901), seeks to amend the Land and Water Conservation Fund Act of 1965 to ensure that amounts are made available for projects to provide recreational public access, and for other purposes.

In other words, government funding will be diverted to increase the public’s access to “government” land. 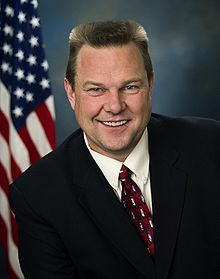 According to a Sen. Tester press release, here’s how it works:

The secretaries of Agriculture and the Interior would be required to utilize 1.5 percent, or a minimum of $10 million annually, of their Land and Water Conservation Fund budgets to acquire public access to existing federal lands through easements, rights-of-way, or fee title acquisitions from willing sellers. If passed, the bill has the potential to open hundreds of thousands of acres of federal public land to hunting, fishing and other outdoor recreational activities each year.

The press release also cites some of the current problems the bill will help to address:

Nearly half of all hunters use public lands, but a report to Congress shows more than 35 million acres of land administered by the Bureau of Land Management and the U.S. Forest Service have inadequate hunter access. Lack of access to hunting grounds is cited as the No. 1 reason why hunters drop out and cease contributing to conservation.

For his efforts to see this bill come to fruition, Sen. Tester was recognized by The Boone and Crocket Club this past Friday, September 2nd, at the national headquarters of this conservation organization. 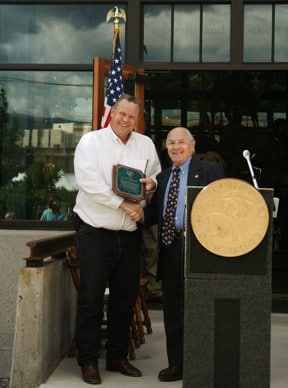 Sen. Tester was presented with a plaque and words of gratitude from Boone and Crockett Club president emeritus Lowell E. Blaier.

Blair invoked the Club’s founder, President Roosevelt, in his praise of Sen. Tester, “Roosevelt was adamant that Americans should have the opportunity to hunt, fish and enjoy the hardy life of the outdoors. Hunting is vital to conservation. Proper access is vital to hunting. Senator Tester understands this heritage and why it’s even more important now than it was in Roosevelt’s time,” Blair said.

Baier added, “Senator Tester is one of the real champions in Washington D.C. for hunting and conservation and our way of life. I know the Club speaks for the entire sporting community when we say thank you for being our voice in so many important issues, from managing wolves to conserving habitat to protecting traditional ammunition–as well as improving hunting access.” 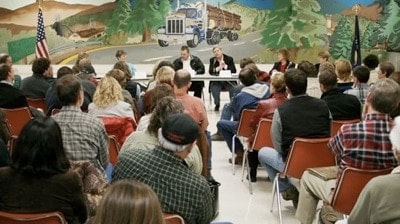 In response to the high praise and the award, Tester said, “America’s public lands are some of the best in the world, and they’re where we pass on our outdoor traditions to our kids and grandkids. But we’re seeing too much of this land blocked, surrounded by private land with closed gates.”

The bill, which was introduced on May 5, 2011, has been referred to the Committee on Energy and Natural Resources for review.  Once the committee investigates and studies the implications of legislation they will report their findings to Congress.  Then, it’s up to Congress to decide if the public should have increased access to public lands. 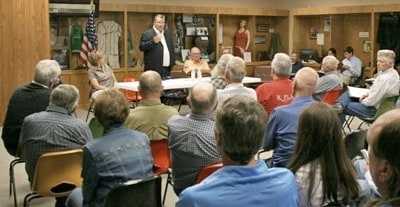