We’re going to be upfront about this. We’re talking about a twenty-five-hundred-dollar army surplus pistol, here. You don’t have to buy one! You do have to look at the pitchers.

The SIG P210, of the the few handguns made by the Swiss portion of the multinational small arms manufacturer, was, historically speaking, the most expensive duty pistol ever put into service by any agency in the world. It won out in Swiss army trials on reliability and accuracy fronts by such a large margin that it’s still in serious demand by shooters across the planet. 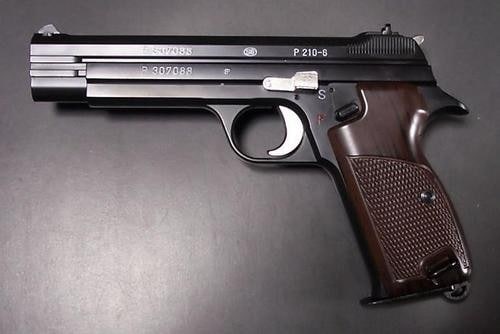 To give you an idea of how accurate, the factory test target was set out to 50 meters, and the groupings needed to be inside two inches.

The SIG P210’s price would be its downfall, eventually being taken out of production and replaced, in 1975, with the more common SIG P220, which sure, is a fine piece of metal too, but it’s not the same thing when you get down to it. The P210 sports an above-average length barrel for a service pistol at 4.7 inches long, although there were a few “longslide” version made with eight- and a half-inch-long barrels. 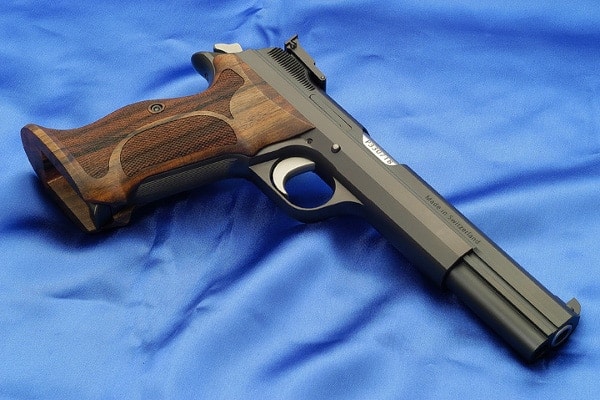 The P210’s a single-action, single-stack 9mm with an eight-round magazine, although a few were made in 7.65x21mm and .22 LR. The whole hammer box can be removed during disassembly for maintenance, although the most striking feature is the slide, which rides on rails inside the frame, and is the only SIG of its kind to do so. With the rails on the exterior of the slide, the gun has a exceptionally long rail radius and very tight frame-to-slide fitting, both of which contribute heavily to accuracy. 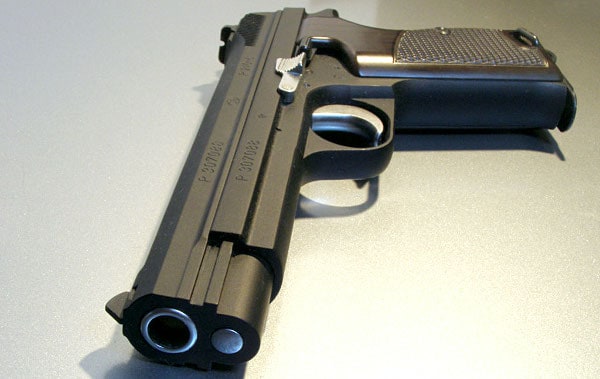 There were about ten different models made for agencies, competitive shooters, and general use, but the differences are all cosmetic; what kinds of sights the gun has, what kind of grips. You might find one on an auction site, or if you’re incredibly lucky at some shop that doesn’t know what they’re selling, but as a general rule, the people that own them aren’t giving them up while they’re still living.

Even the new ones; SIG, not being fools, started whipping up small batches of new P210s over in Germany. They’re different. They have frame-mounted magazine releases, modern sights, and a Nitron, not hand-polished blue finish; they’re called SIG P210 Legends. 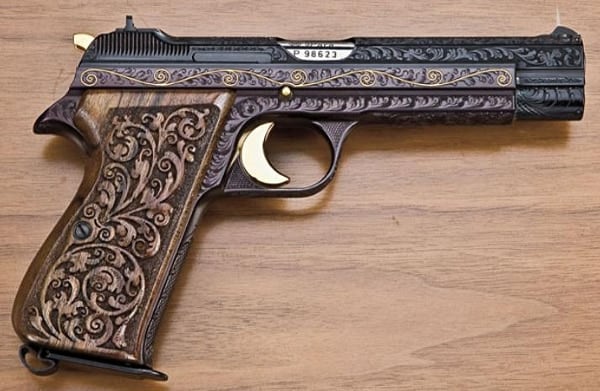 Which is what makes this so awesome: American vendor Top Gun Supply somehow acquired a batch of honest-to-God Swiss-made P210s in excellent condition. Like, some holster wear and junk. With one original magazine and wood, not plastic, grips, $2,500. Yeah, not the best price, but probably the last price these guns will ever see, and maybe the last time any of us sees originals on shelves.  If you want one, you should really move fast.

So at the very least, we can imagine what it’s like to own and shoot one of these boss pistols, and if you’re reading this, and you’re getting one, hey pal, do your part and write us up a review. We’ll make it worth your while, all we need is your home address and work schedule…