Carson City, Nev., residents are still reeling from the mass shooting that occurred yesterday morning, around 9 A.M., when 32-year-old Eduardo Sencion shot a man on a motorcycle then walked into a local IHOP with an AK-47 and opened fire once again, killing four, including himself, and wounding a total of eight. Authorities have reported that of the 12 people who were shot, five of them were National Guard personnel.  Police are currently investigating whether or not this was a targeted assault.

It is believed Sencion used an AK-47 with multiple 30-round detachable magazines.  According to reports, police also found a pistol in his minivan. 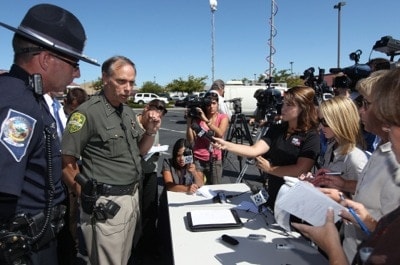 Carson City Sheriff Kenny Furlong told reporters that Sencion was “not in the military, had no known ties to anyone in the restaurant and had worked at a family business in South Lake Tahoe.”

“We came into this with everything we had. All agencies were committed to it,”  Furlong told the Associated Press. “There were concerns at the onset, so we took certain steps to ensure we had the capability to embrace an even larger circumstance. At this point in time it appears to be isolated to this parking lot.” 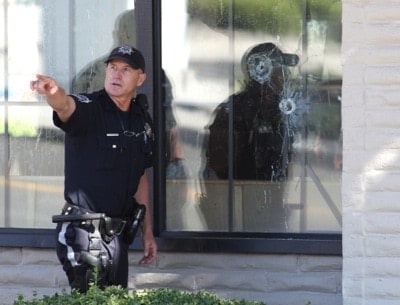 While a motive has yet to be determined, Sencion’s family members have told investigators that he had mental issues.

Eduardo’s brother, Gilberto Sencion Gonzalez, 46, offered words of condolences to the victims and their families, he told the Reno Gazette-Journal, “I feel very sorry about those people. I’m trying to find out what happened,” he said. 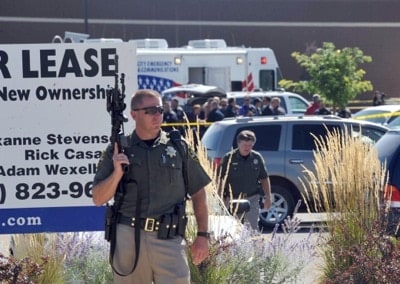 Guy Rocha, a former Nevada state archivist put this mass shooting in historical context for a city that dates its origins back to 1858, “Certainly there have been homicides, executions, even lynchings,” Rocha told reporters, “but for the standard FBI definition of mass killings, this is unprecedented.”

Nevada politicians have also been weighing in on the tragedy, Sen. Harry Reid, D-Nev., released a statement expressing his condolences.

“I’m deeply saddened by this senseless act and extend my sympathies to those afflicted this morning,” Reid said. “I applaud the first responders for their professionalism, and my thoughts are with the victims and their families during this difficult time.” 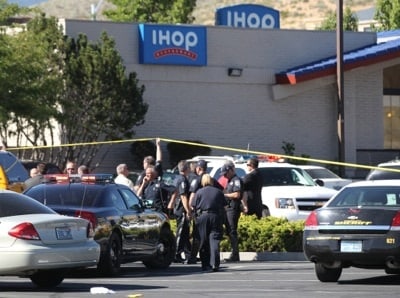 Sen. Ben Kieckhefer tweeted: “May God be with the families of those hurt and killed in the senseless violence today in Carson City.”

UPDATES: The AP has reported the names of the victims:

Including the shooter, that’s five deceased and a total of 7 wounded in this spree-shooting.  Although Sencion shot himself in the head, he survived long enough to make it to a hospital.