Shooting the Double Action Revolver: It’s What Makes the Wheel Go Around

One of the things that turns people off to revolvers in the first place is the stiff double action trigger pull, which for many is uncomfortable at best, but once you get used to how to manipulate it, you will wonder why you ever were afraid of it in the first place.

For those who don’t believe that double action shooting promotes good accuracy, I would like to point out Ed McGivern and Jerry Miculek. McGivern was able to put a cylinder full of .38 slugs into the center of a playing card in a fraction of a second, all while shooting double action. Granted, McGivern did little else but practice and shoot but still excellent accuracy can be obtained despite revolvers having a double action trigger pull of seven to nine pounds on average. 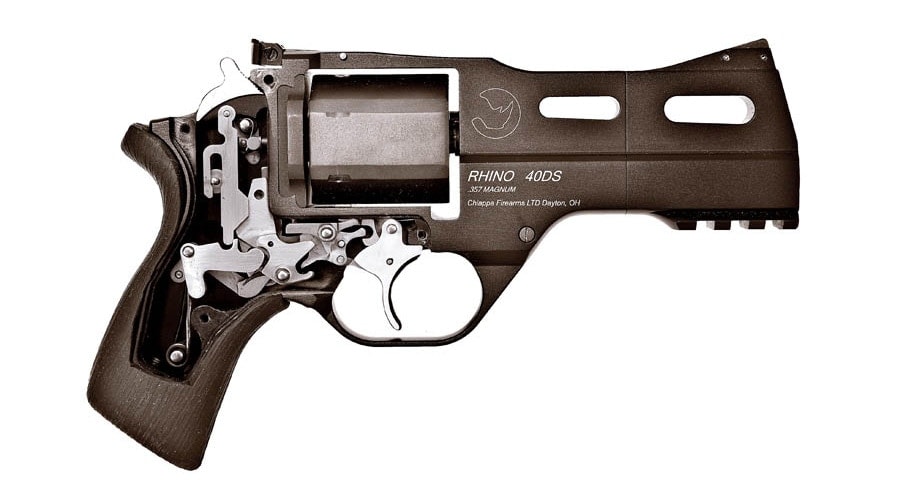 Have you ever wondered why some of the professional and really great revolver shooters prefer the big revolvers, preferably the N-frame Smith & Wesson’s? Because, by design, the larger cylinder actually aids in double action shooting. No sooner than the trigger pull begins does the cylinder start moving around under its own weight to its natural resting place as after the shot is fired. All revolvers though should possess a smooth trigger pull like this from start to finish as any resistance or hesitation ruins the shooter’s follow through.

A problem many revolver shooters have is that they feel they have to rush through the trigger pull when in fact it is best to start off slowly, very slowly, to get a feel for the way the trigger pull works. This usually involves a great deal of dry firing, unless you are using a .22 Long Rifle (it is, of course, so much more satisfying to use live ammo in anyways. However it’s when you begin the double action pull with an unloaded revolver that you can start to get a more prodigious feel for the resistance. As the cylinder makes its way through the cycle you should be able to see if the barrel is moving more to one side or another. You will get more resistance with the trigger pull if the gun is new, as just like a new car, it needs a break in period, at least around five hundred rounds. This is where a decent trigger job comes in as it smoothes out the burrs and takes the places of that break in period.

I must admit here I am partial to Smith & Wesson revolvers when it comes to double action shooting because they have for me at least the smoothest pull going and the easiest to get used to. No matter what brand you use though it requires a consistent follow through each and every time.

I have been hearing and reading for years of which part of your index finger is correct for placing on the trigger, some say the joint between the first and second pad, while some say the first pad itself. You know what; it depends on the person’s finger. I work with a man who has hands like a giant and he uses the very tip of his index finger because that’s all that fits in the trigger guard. This is where practice on your own makes all the difference. 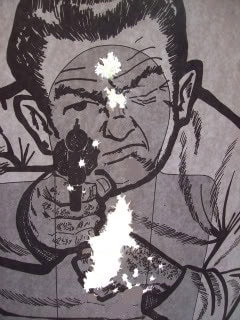 When you do get around to using live ammunition, start off slowly one shot at a time from around seven to ten yards. Try to practice that smooth double action pull very slowly and you will be able to see where your shots are landing. As you get better, you will see your groups shrinking and then you can begin to speed up your shots. If you start missing again, then back off and go slowly until you get your rhythm back. Then you can start stretching the range out as well.

The double action revolver can be shot accurately and precisely once you master the trigger pull, which really does not take as much as you think. If you practice, just like in any other form of shooting, you will soon be shooting more accurately than you ever thought possible. You might never be on the same plane as Ed McGivern or Jerry Miculek, but that doesn’t mean you can’t try!